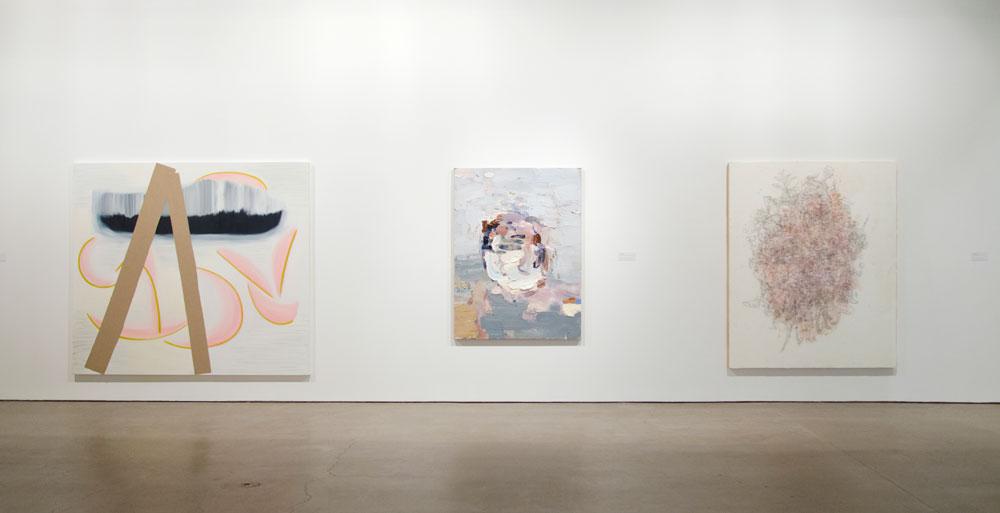 For the past two months, Galerie de l’UQAM has been providing a major survey of contemporary Canadian painting activity in its two-part exhibition “The Painting Project.” Wrapping up July 6, the show features works by 60 artists chosen over two years of research by curators Julie Bélisle and Louise Déry; both also worked in collaboration with Marie-Eve Beaupré as well, and consulted 10 professionals on special exhibition advisory committees. The result is a wide-ranging sample of what painters from coast to coast are doing today. (To see some of the works in the show, and installation views, click on the Photos icon above.)

Originally, “The Painting Project” came out of an opportunity to put together an exhibition for the Virtual Museum of Canada, but its presentation in Montreal has been very concrete. The exhibition was broken down into four themes: Figures of reality, Fictional worlds, Painting as subject and Hybrid practices. Spanning these various painterly strategies through studio practices across Canada, it is well worth a look—whether in person or online—before its closing date.

As Louise Déry wrote about the project research in the Summer 2012 issue of Canadian Art, the endeavour “demonstrates that to study the painting produced in Canada is to allow a reflection of us to emerge, one that contributes to the forging of an identity.”