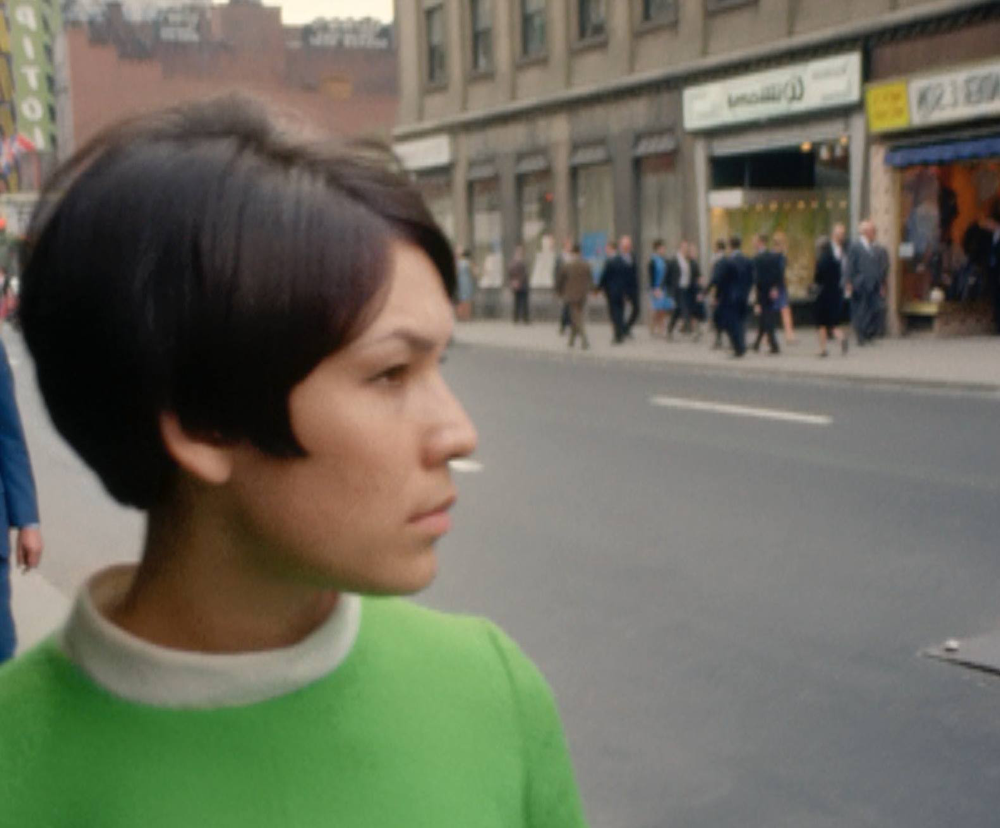 This summer at the Glenbow in Calgary, one of the highlight exhibitions was “First Person: Contemporary Indigenous Portraiture.”

Featuring works by nine First Nations artists, “First Person” provided a potent counterpoint and complement to the museum’s concurrent exhibition “Edward S. Curtis: 100 Masterworks,” which included many pictures of, but none by, Indigenous people.

When “First Person” wrapped last week, some might have thought it was the last chance to see two of its short films: Sisters & Brothers by Kent Monkman and Nimmikaage (She Dances) by Michelle Latimer.

Fortunately, both the Monkman and the Latimer films are available for online viewing anytime. They are part of an National Film Board of Canada project called Souvenir, which invited four First Nations artists to work with the NFB film archive to create short works about Indigenous identity and representation.

The four Souvenir films are available for viewing below, along with a little more information about them.

Filled with haunting images of Indigenous children in the residential school system, and running those clips in parallel with footage of bison herds, Sisters & Brothers makes a powerful statement about colonial violence. As the film’s closing text notes, more than 6,000 children died in residential schools, and many of them were never returned to their families, but left in unmarked graves. Bison as a species were also nearly exterminated following the arrival of white settlers in Canada. Monkman is best known for paintings that often wittily critique and complicate relations between Indigenous and settler populations, and raise questions about identity; this work, in a filmic medium and with a soundtrack by A Tribe Called Red, draws on history in a different, but no less affecting way.

Nimmikaage (She Dances for People) by Michelle Latimer

Nimmikaage (She Dances for People), Michelle Latimer, National Film Board of Canada

Intercutting black-and-white footage of skies and waters, birds and fish, girls and women, Nimmikaage (She Dances for People) is described as “both a requiem for and an honouring of Canada’s First Nations, Métis and Inuit women.” Shots of white audiences underscore the sense of images of real First Nations people being constructed (and here, deconstructed) for a colonial ruling class. The soundtrack is Tanya Tagaq’s “Flight.” As a Metis/Algonquin filmmaker, actor and curator, Latimer’s stated goal is “to use film and new media as a tool for social change.” Her animated short film Choke received a special jury honourable mention at Sundance in 2011.

Etlinisigu’niet (Bleed Down) by Jeff Barnaby

Etlinisigu’niet (Bleed Down), Jeff Barnaby, National Film Board of Canada

Scenes of environmental pollution and social neglect colour this black-and-white film by Jeff Barnaby, whose feature Rhymes for Young Ghouls was honoured at the Tribeca Film Festival in 2012. As the NFB’s website describes, Etlinisigu’niet includes footage of “men, women and children examined like livestock in crowded tuberculosis clinics, where policies that could have prevented thousands of deaths were willfully suppressed, resulting in the highest death tolls from the disease ever reported anywhere in the world.” Tanya Tagaq’s “Tulugak” forms the sound component of the film.