On Sunday, Marlon Griffith will lead a 300-person procession through Toronto. Here, Griffith and Emelie Chhangur discuss the monumental event. 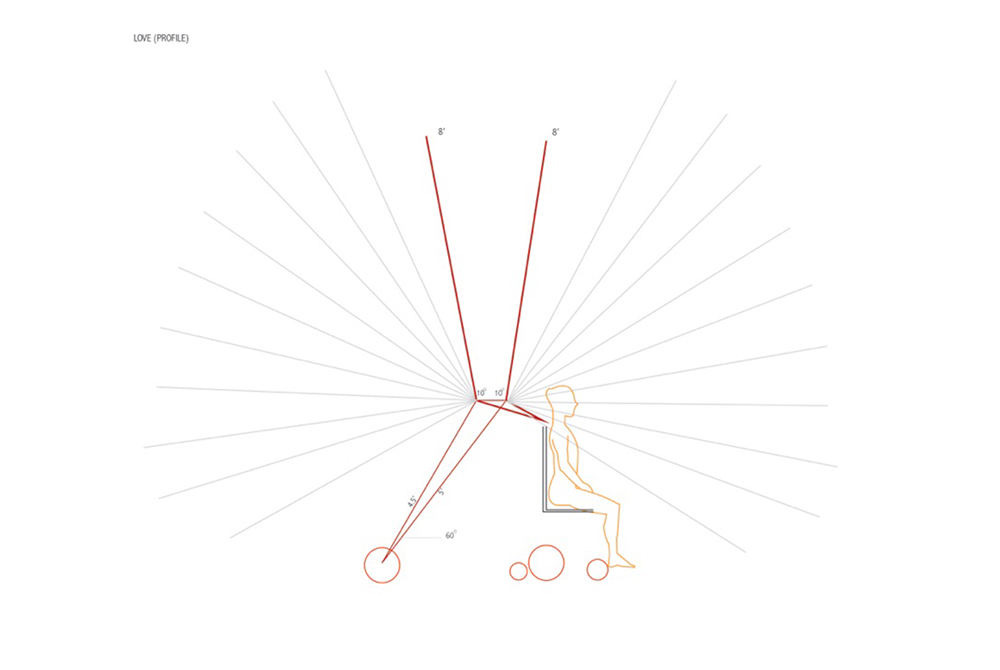 As the torch passes from Toronto’s Pan Am Games to its successor, the Parapan Am Games, the Art Gallery of York University will lead a 300-person procession down University Avenue. The culmination of a two-year project led by Trinidadian artist Marlon Griffith, Ring of Fire draws on the Caribbean tradition of mas and features a host of local collaborators including persons with disabilities, the Mississaugas of the New Credit First Nation, capoeira athletes and young spoken-word poets from Jane and Finch, Malvern and Regent Park.

Associate editor Nicholas Brown talks with the artist and Emelie Chhangur, curator and assistant director of the AGYU, where the “Ring of Fire” exhibition will open on September 23. The procession begins at Queen’s Park on Sunday, August 9, at 12 p.m., arriving at City Hall at 2 p.m.

Nicholas Brown: How was the project conceived?

Marlon Griffith: The project started two years ago, when Emelie first came to my studio in Japan. It led to a series of visits, meetings and conversations. The conversation that sparked the project was with Duke Redbird, when he spoke about the Seven Grandfather Teachings of the Anishinabe people—that has become the core of the project, and everything we do works into those teachings.

Traditionally, I would be in a community and build relationships over time, but I was thrown into this by Emelie, because Toronto is so different, so multicultural, so diverse. The project became about finding other ways to bring different groups together, and that happened through the help of many organizations.

Emelie Chhangur: It’s our AGYU working style: I’m always interested in bringing different individuals and groups into a single project. It always works best when you work with an international artist who comes in and learns about the place from the people and creates a framework through which Torontonians navigate and collectively conceive.

I did throw Marlon into a new situation, but it’s also a response to Marlon’s desire to do a Pan-Toronto project. I automatically recognized it was problematic because of the nature of Toronto—if you have a central studio downtown, then you’re going to have a downtown-centric project. Those are the people that are going to drop by; it’s not like people from Malvern are going to be hanging out on Queen Street West every day. So we connected with community arts organizations who are respected already, like Sketch and Art Starts.

NB: Can you describe mas and your background in the tradition?

MG: Mas is the abbreviation of masquerade. In the context of Trinidad, mas could be used to describe a situation or circumstance. If something is happening down the street, you would say there’s a mas going down on the corner—everything from an argument to a pretty girl passing on the corner. I started off in carnival as a child, but then I got involved in the production of it. I started working in a traditional mas-camp situation where you have a band leader who would do all the designs. You’re thrown into things and you may not have everything accessible to you. If you need a shoe, you make a shoe from scratch. It’s a trial-and-error thing that evolved over time and a lot of technology has gone into the development of mas practice.

NB: Would you say that Ring of Fire is a carnival work or is it something else for you?

MG: It’s a question I’ve been asking myself, not just in relation to my work but in relation to carnival as well. I’ve been put in a situation where I’m working with the Mississaugas of the New Credit First Nation, which has opened up a whole new kind of discourse. I feel like a new kind of language has opened up out of the project and I’m thinking a lot about how this way of working connects to people.

EC: As the project developed it was beginning to wrap itself around Indigenous culture, and I couldn’t allow it to go any further without Marlon meeting the Mississaugas. And that led to a different way of working for Marlon, which included people with disabilities. How do you just make costumes for somebody without building a relationship with them? They had to have input on what they’re willing to wear, what they can wear.

I think of Ring of Fire as constituting new modes of participation and of rehearsal for alternative models of public address for the city of Toronto.

MG: The idea of using Indigenous iconography was the beginning. The challenge was creating a new set of images that stand by the teachings, but can be connected with in different ways by anybody. All of the colours were drawn from the medicine wheel—automatically, you’re drawn into these four colours that reflect the culture. The aesthetics or icons in the wheel create images that correspond. Wisdom, for example, is depicted as the apex with a symbol of the sun; the core concept is using those four colours to represent the elements, reaching towards the sky. The seed as an icon has been the genesis of the project, the symbol of growth that represents love. The symbol of respect is part of the Indigenous core of the project. We’ve created a slightly militarized symbol that almost looks like a brand, like stripes on a soldier. The only one that departs from the Seven Grandfather Teachings is honesty, which draws from my personal work. In the past, I’ve used the hummingbird—it’s a traditional symbol of honesty within Amerindian culture in the Caribbean and the Americas.

NB: There are precedents for mas being used in the service of mass spectacle, most famously in the opening ceremony of the 1992 Olympics in Barcelona. But it comes out of tradition of social critique and boundary crossing. Did this play a part in your development of the procession?

MG: In mas there has always been a history of critique and social commentary. As this process developed, I realized the critique became more about how these people came together. It’s not every day you have the Mississaugas, poets from Jane and Finch, Malvern and Scarborough and people with disabilities getting together on the street in this way. So the project became about the way these people came together.

EC: If we think about critique as based on something existing, what we’re doing is pointing to the future. It is also about visibility. We chose University Avenue strategically because it’s a main street.

While it is intentionally staged within the context of the Parapan Am Games, we didn’t set out to make this project for the games. It’s a celebratory form. The procession itself, even the culminating performance at Nathan Phillips Square, was never a part of the project, it was really at the invitation of the organizers of the Parapan Am Games. We’re still pretty loose in that performance. What happens in the spaces in between? Who knows.

NB: You’ve gathered this huge, diverse group together under one umbrella, and I wonder how difference plays out within a highly structured event. There must have been different desires, different reasons people chose to participate.

MG: It needs a structure in order to happen, but it’s a very organic thing. I’ve never felt a push and pull; it has been a learning process for everybody.

EC: People always astonish you. The people you least expect will rise up and really help out and take ownership of the project.

Marlon’s done a lot of projects at biennials, in which there’s an organization responsible for many of these conditions, and we did everything totally grassroots. Getting the road closures, negotiating these kinds of things is a core of the project. I’m on the side of the contemporary-art project, not on the side of the city. We really pushed to get the ideal situation and I think that changes the nature of a project, when the team working on it is part of the core collaborative team of people.

MG: The idea of showing oneself is very much a carnival aesthetic, this is one day where you are uplifted, you can be anything you want to be, putting yourself out there and being looked at in a completely different way.

People have been very good. Even the police officers accompanying the procession know the project intimately. They are part of the project.

EC: They become part of the image of the project. In the last conversation I had with one of the sergeants, he said, “Once you get to Nathan Philips Square, you don’t need us anymore,” because we’re off the road, “so that means we can be part of the round dance.” They totally get it.

NB: The event is billed as “for Torontonians, by Torontonians.” This seems to have a particular resonance with the AGYU as the commissioning institution, given your location.

EC: We don’t have a downtown location or attitude toward culture, and our audience comes from many, many places. Whenever I hear, “Oh it’s so far to go,” I think, “Not if you live at Jane and Finch.” It’s taken a long time for us to settle into that, but it’s come from the kinds of programs we’ve experimented with, the ethos we have as an institution and this idea of inreach: bringing different communities and different cultural protocols, aesthetics and ways of working into the institution to change us from within. This is the AGYU’s biggest project, and I’m just astonished that we’re a team of six people who can work with this artist for such a long time, and forge new relationships with a host of other organizations who also critically look at what is a discursive project.

It’s discursive not only in the context of Toronto and Marlon’s project, but also in rethinking this notion of top-down projects that come from the contemporary-art world. All of these projects change us, and this one will have a profound effect on the future.