Karen Kraven shares a few of her favourite links: the history of synthetic fabrics, napkin art and a film about just how long it takes to make a bucket. 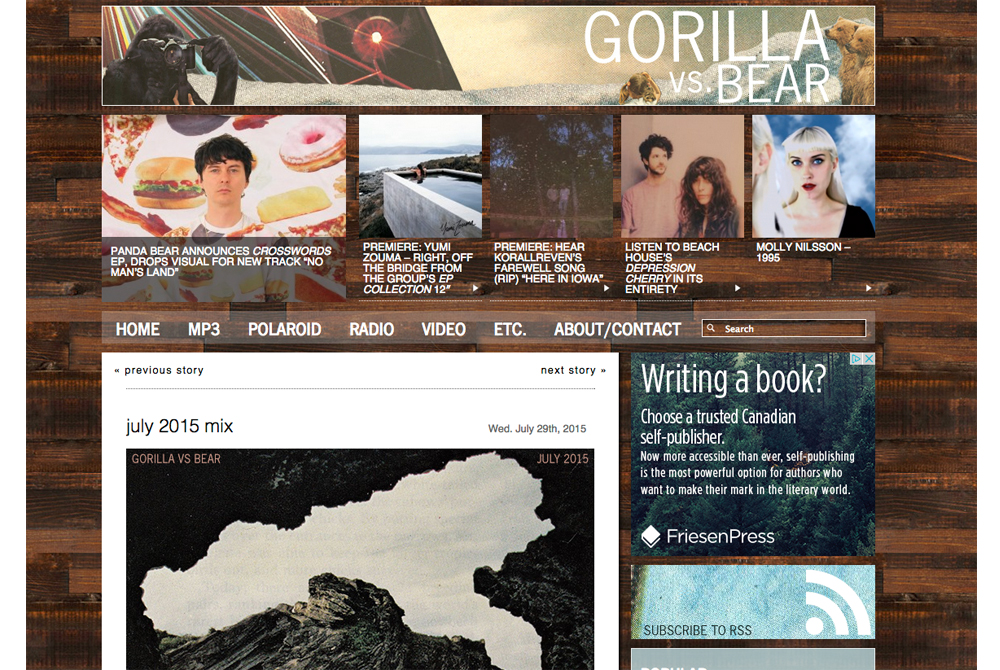 Screenshot of 99% Invisible, Episode 54: The Colour of Money

We asked Montreal-based artist Karen Kraven to share some of her favourite online destinations for Top Tabs, a series featuring the top Internet finds and fancies from artists, curators, dealers and more.

When I was working on my May 2015 exhibition “Flip Flop, Punch Front” at Mercer Union, I was trying to find connections between the fabrics I was using (spandex, nylon, mesh) and gendered femininity. This article explores the history of synthetic stockings with the invention of rayon; a flimsy material that takes on feminine constructions of daintiness and delicacy as well as it stands in as the symbolic convergence of commodity and women.

Further, I was trying to locate the media’s obsession with athletic costume as narrative. For example, when a gymnast performs for 90 seconds on the balance beam, broadcasters discuss her choice of leotard or hair style. The constructs around class in relation to costume and rivalry are discussed, among other things, in this article from the Believer about the Tonya Harding/Nancy Kerrigan debacle.

2. The Colour of Money

After making the work Jasper, Elizabeth, Wilfred, Zeiss, William (2014), from scanning and resizing folded-up Canadian banknotes, curator Nicholas Brown sent me the link for the episode The Colour of Money from the 99% Invisible podcast. I love this podcast. This episode in particular was super interesting in relation to how currency redesign re-emphasizes the symbolic function of money and this episode suggests that this is why US currency has had minimal to no design changes over the years.

The intricate markings used for counterfeit prevention that appeared in these enlarged banknotes led me to start researching languages that are exclusive to experts of it, such as shorthand scripts and notations. Labanotation is a non-gestural system of demarcating the spatial concepts, length and timing of a choreography, often used in ballet and contemporary. The Dance Notation Bureau Library shares some links to videos of dances alongside their labanotation, like Air for the G String by Doris Humphreys (1934) or Merce Cunningham’s Totem Ancestor (1942).

For my upcoming exhibition at 8-11 in Toronto, I am thinking about the Lumière Brothers’ La Danse Serpentine (ca. 1899), one of the first hand-coloured films, as well as drapery, folds and the art of napkin folding. See this real-time video demonstration, this history of napkin art and the digitized version of Mrs. Beeton’s Book of Household Management (published in 1907)!

I could watch DIY instructional videos all day. And they sometimes provide humorous and insightful reflections on making and craft, like this one, on tips for building strong joints in slab-built pottery. Watch at least until 1:30 to hear this inspirational quote by poet Clarissa Pinkola Estés: “Perfection is the enemy of done.”

Or watch this 11-minute film on making buckets using hand tools (coopering) as, near the end, he reminds me that a day is really long…and that he could make a whole bucket in a day…and, also, that it takes a whole day to make a bucket.

These are good reminders for staying in the moment at the studio.

6. When You’re Sick of Your iTunes Library

In the studio, I listen to music or podcasts. I exhaust my library often, and turn to Gorilla vs. Bear for refreshment. It’s a great music blog, with long monthly mixes for the studio as well as full albums and videos, like this mix by Tinashe.

7. Glue This to That

And finally, I’d like to share this very practical website…for when you need to glue something to something else. Nice old-school design too!

Karen Kraven is represented by Parisian Laundry in Montreal. She has a forthcoming exhibition at 8-11 alongside Jennifer Rose Sciarrino that opens on September 30, and will be included in the Parisian Laundry booth at Feature Art Fair from October 22 to 25. In 2016, she will attend a residency in New York City supported by the Conseil des arts et des lettres du Québec.