Jon Rafman’s new live-action film focuses on the shifting relationship between humans and machines and that watershed Millenial toy: the Tamagotchi. 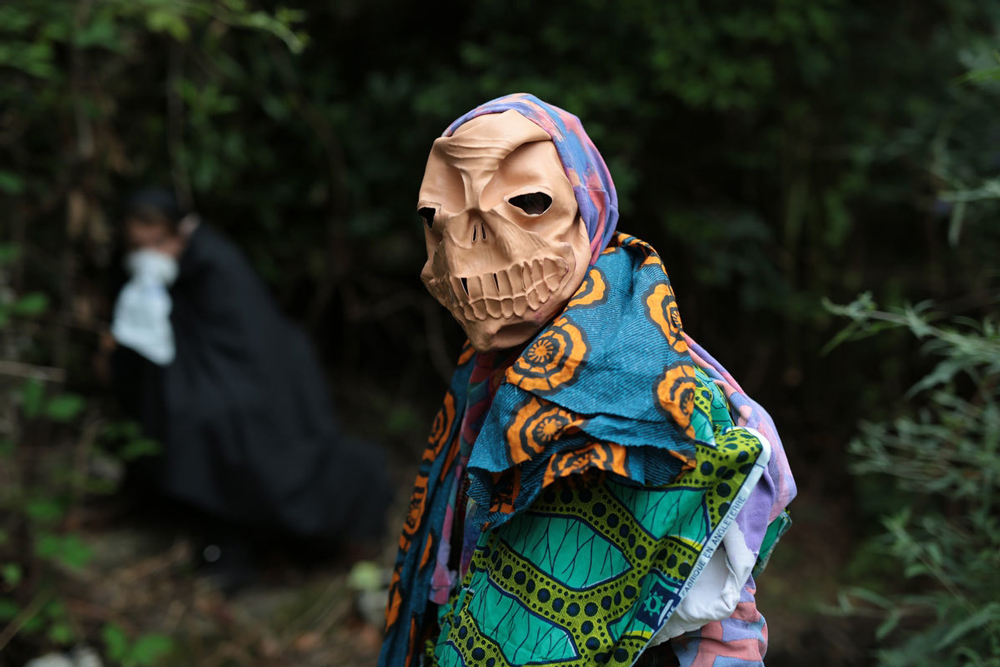 In 1996, Japanese toymaker Bandai introduced the Tamagotchi—a plastic, egg-shaped virtual-pet video game run by an inexpensive 8-bit processor. Owners had to feed, clean, play with, medicate, discipline and otherwise nurture the onscreen critter via the command of three gummy, rubber buttons lest it die. For many Millennials, it was their earliest relationship with an artificial intelligence, albeit a primitive one, and despite its simplicity, many felt real bonds with their pets. The so-called Tamagotchi effect, as researchers have come to call it, refers to the development of emotional attachment to computers and machines, and the toy represents something of a landmark as humans and computers move into ever-closer symbiosis.

Commissioned by the Zabludowicz Collection and Warp Records, and in collaboration with experimental electronic musician Daniel Lopatin (Oneohtrix Point Never), Sticky Drama is a new, fully live-action film by Jon Rafman (his first, in fact), and that curious human-Tamagotchi relationship plays at its centre. Rafman, who’s known primarily for collages of found cyber curios and narratives filmed in Second Life, says employing real-life actors follows the logical progression of his storytelling. “I was exploring virtual worlds that already existed, oftentimes in video games and online role-play fantasy worlds,” he says, “the next step was to actually create one myself.”

Set in an unspecified future time, an ailing Tamagotchi recounts the horrors of its past lives from its deathbed, i.e. the computer desk of its owner’s teenybopper bedroom, broadcasting memento mori–type messages across its scrolling LED display (“death takes us all, every last one of us”), as she hurriedly works to archive its stories—the preservation of oral history likened to a hard drive. Rendered in the visual language of LARPing, dungeon crawlers, Internet memes and tabletop fantasy games, the toy reveals that it’s been the object of bloody battle. Like the One Ring in J.R.R. Tolkien’s The Lord of the Rings, many adventurers have sought its power; groups have warred over it. It’s the classic Artifact of Attraction trope rewritten (Rafman mentions that the TV Tropes wiki is a favourite).

And while the Tamagotchi seems to represent a subversion of the classic quest object—high fantasy epic tempered by the utterly banal: a ’90s keychain toy—the device is itself a powerful amulet, Rafman explains. “More and more, we’re going to have relationships with artificial intelligences,” he says. “I want to reveal the attraction to video-game realities, where there’s a sense of simplicity, a lapse of ambiguity. There’s a goal and either you achieve it or you don’t.” The Tamagotchi aimed to simplify our notion of companionship by systematizing it within a basic game structure. At the same time, he says, the thought that our deepest relationships could be with an artificial intelligence still rings rather pathetic.

Like Lord of the Flies, and similarly focused on a world peopled almost entirely by children, Sticky Drama is an allegory. Rafman wanted to harken back to a class of kid’s fantasy films produced in the 1980s and 1990s (The Goonies, for example), which treated the dealings of children as microcosms of society at large.

The film also owes something to that genre aesthetically: its digitally processed look, over-sharpened in post-production, he explains, lends it an anaglyph or halo quality. “To me,” he says, “it evokes a cross between ’80s TV and a meme on Instagram that has been regrammed so many times that the image has developed strange digital artifacting from being re-compressed over and over.”

Co-opted elsewhere in the vocabulary of his practice, Rafman also attributes his “slime aesthetic” to that filmic era—the viscous goo that featured in You Can’t Do That on Television and basically became the trademark of Nickelodeon. Slime is smeared across Sticky Drama. It oozes from the walls. It drips from the Tamagotchi’s enclosure. And when the pet ultimately dies (technologies obsolesce and we tend to bury their histories with them; that’s a Rafman constant), it explodes in—what else?—green slime. In the mathematical sterility of digital space, slime is the mark of human residue. “It’s attractive and repulsive at the same time,” Rafman says. It’s pimples and pus, but also sexual fluids. And perhaps, at the pubescence of our increasingly intimate relationship with computers, it’s a potent symbol.