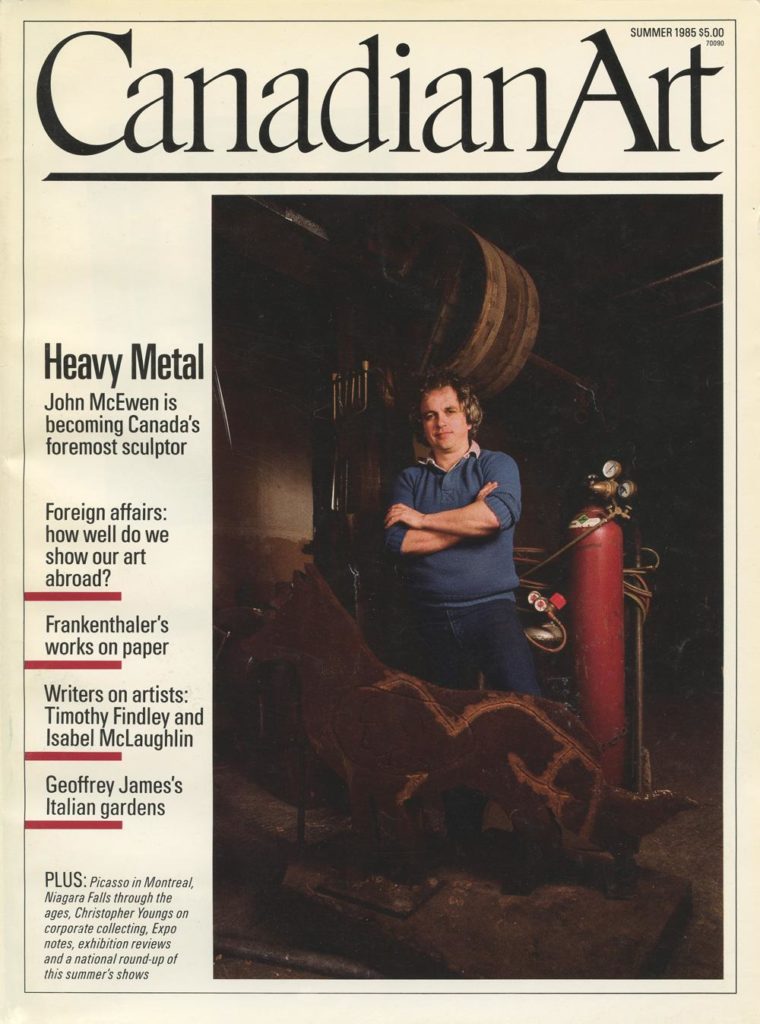 Given the basically conservative way in which objects define and use up space, it has always seemed to me that the sculptor, as a visionary, has his work cut out for him. The painter, working with the rapid and weightless stuff of illusion, is almost always a sort of dandy of the will; his merest whim can be spread over his two-dimensional surfaces as directly as his handwriting can fill up a page. The sculptor, on the other hand, remakes the world in actuality, wielding his material with the determination of a Sisyphus. Because a sculptor’s choices are more intractable than a painter’s (you can turn your back on them much less easily), so, too, are his methods, modes, image and symbols fiercer and more demanding. Given that people are objects as well, sculpture is quite naturally deemed competitive: spatially aggressive and, as an extension, intellectually and metaphysically abrasive. Good sculpture operates, that is to say, at the high roller level in the economy of aesthetic risk. Given, finally, the consequent public tendency to try to keep sculpture under control (the methods range from outright rejection of the good to the glutinous approval afforded the giant trinkets that clutter up the portals of public buildings), it is remarkable that good sculptors get to make anything much at all, never mind anything ambitious that comes with a public benediction.

How remarkable, then, and how fine, that John McEwen—who is a very good sculptor, indeed, arguably Canada’s best—is currently launched upon three major commissions: a piece called Stelco’s Cabin being constructed at the Banff School of Fine Arts, a work called Boat Sight just now coming to completion in Taché Park at Hull, Quebec, and, most impressive of three impressive works, the sculptor’s first sculpture-building, Place of Tribute, McEwen’s RCAF memorial to be built as part of the National Aviation Museum in Ottawa. McEwen has been making sculpture now for more than 20 years. These three new commissioned works will, in accumulation, summarize his career so far—the first two (Banff and Hull) flanking the third (the RCAF memorial) like the wings of an altar-piece.

So begins the cover story for the Summer 1985 issue of Canadian Art. To read the entire article, view this PDF.