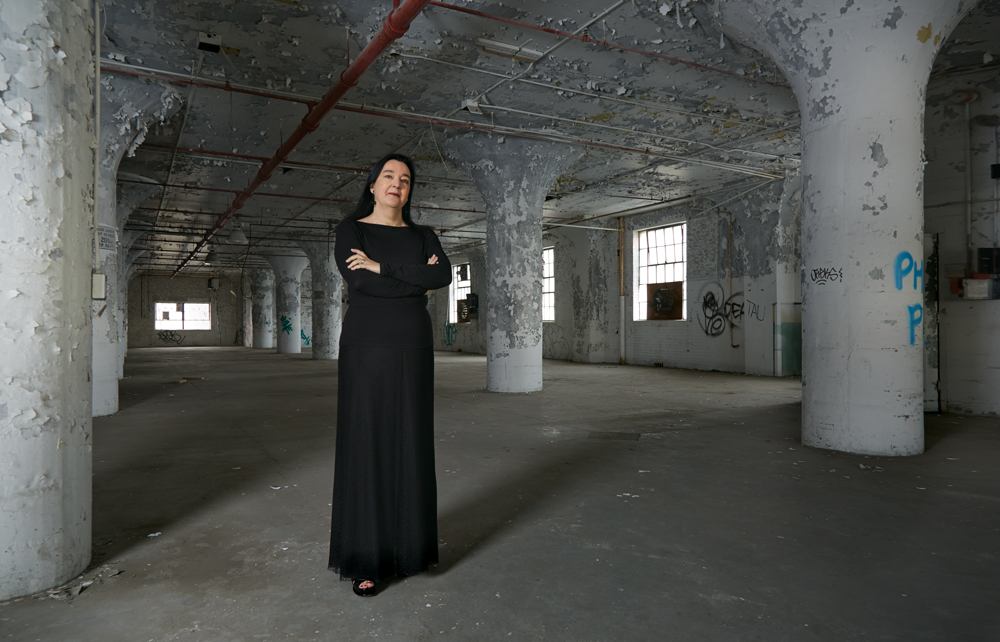 In 1976, while still in her 20s, Chantal Pontbriand took her first-ever museum job working in programming and education at the Montreal Museum of Fine Arts. It wasn’t to last terribly long. “At the time, the education department was run by a very nice woman, but it was all about guided tours,” Pontbriand, now 64, said recently. “Even then, it felt a bit dépassé.”

She would know. Just outside its doors, Pontbriand had her hands full with perhaps the most au courant thing going in Canadian culture in that very moment: the first, fiery throes of Parachute, the avant-garde journal she had co-founded with René Blouin in 1975 and would go on to build into an international hub of art and ideas, right up until it stopped publishing in 2007.

By 1979, Pontbriand had said goodbye to the tidy path of full-time museum employment, choosing instead the churn of a living culture and its cross-fertilized chaos. So it might be with some surprise that she found herself in Toronto last fall, presiding over the newly named Museum of Contemporary Art, Toronto-Canada (previously the Museum of Contemporary Canadian Art) as its first-ever CEO. This, though, is anything but tidy.

“We are essentially starting from zero,” effused Pontbriand one unseasonably warm late-November day last fall. “There’s an opportunity now to build a real contemporary art museum—a 21st-century museum. And this is going to be it.”

She worries, mildly astounded, at the unintentional impact this museum might have on her new hometown’s ever-gentrifying core. “Why hasn’t Toronto come up with a scheme to better accommodate artists? It’s really problematic,” she says.

A certain conviviality, coloured by a sensitivity to inclusive, public gestures, has ever been a Pontbriand trademark, and her version of the museum, she insists, will be marked by the same. The museum’s blank slate provides that opportunity. Its old building on Queen Street West was slated for redevelopment, leaving the museum holed up in temporary office space until its new home, at the Tower Automotive building, a derelict but sturdy—and potentially spectacular—early-20th-century skyscraper just down the road on Sterling, is ready in 2017.

It provides time to think and grow—something Pontbriand has been doing a lot already. In March, the museum announced it was expanding its initial footprint in the tower, from three to five floors, and that it would occupy a secondary building in the surrounding commercial development for more ambitious projects. If you’re wondering what might fill all that space, Pontbriand cites a model: Istanbul’s SALT Galata, a devoutly public art centre and library, where visitors are creators in their own right. “Socially, contemporary art institutions need to be seen as knowledge-production centres,” she says. “I see it, really, as a factory or a laboratory. And, being Ottoman culture, there are a lot of couches,” she smiles. “That’s the concept I want to bring here.”

Arriving there isn’t so much an if as a how. Pontbriand is the rare cultural executive who realizes her goals by equal parts grace and sheer force of will. It accounts for her long list of successes—founding and running Parachute and Montreal’s Festival international de nouvelle danse from 1983 to 2003, stints at Tate Modern and the Sorbonne, a long list of curated projects, lectures and publications that would be the envy of any in her field.

But it’s not been without some tumult. Parachute’s abrupt suspension in 2007, which Pontbriand felt was necessary amid dwindling public funding and the lack of a private benefactor, was met with an emotional outcry in Montreal, where it had evolved as an emblem of the city’s worldly cultural scene. “The board decided we should close while we were still able to pay people,” Pontbriand said. “So I tried to close it in an orderly fashion.”

Some stepped up to save it, but were rebuffed; Marie-Josée Lafortune, director of Optica, an artist-run centre in Montreal, seemed to encapsulate the community’s disappointment. “Normally,” she wrote in an op ed in Le Devoir at the time, “large cultural institutions bequeath their assets and liabilities to subsequent generations.”

Even now, those close to it are loathe to address it. Thérèse St-Gelais, Parachute’s assistant editor from 1987 to 2003, declined to comment; Eduardo Ralickas, assistant editor of the English edition, also recused himself, saying only that he didn’t have “very positive things to say, given the way the organization was shut down.”

Pontbriand’s enthusiasm is an infectious thing, but her passions don’t necessarily produce politesse. A week before we met, Pontbriand buttonholed me after I spoke on stage with Sheikha Hoor Al-Qasimi—who runs the Sharjah Biennial—at the Royal Ontario Museum.

She declared that I hadn’t given enough coverage in the Toronto Star to Demo-Graphics, the diversity-based biennial project she is developing here for 2017, and that I was biased toward another biennial project supported by the mayor.

A heated discussion ensued—I disagreed; she was unrelenting—setting up what I imagined would be a fraught encounter. But quite the contrary. At the cafe, she’s affable and open, and generous with her time. Our conversation ranges: from our mutual belief in the social potential of art to her father’s career as an opera singer to her love of dance, which seeded her belief early on that art is less about the object than it is liquid, amorphous and ever-changing.

For Pontbriand, straight talk, even conflict, is the short route through a barrier to the other side.

For Toronto institutions, some barrier-breaking should be a welcome thing. The short definition of the Museum of Contemporary Art, Toronto-Canada, Pontbriand version? “It will be a live place,” she laughs, “with live bodies. I want this to be everyone’s living room.”

This is an article from the Spring 2016 issue of Canadian Art. To read more from this issue, pick up a copy on newsstands until June 14.