Carmen Lamanna: The Legend, the Ledgers, the Legacy 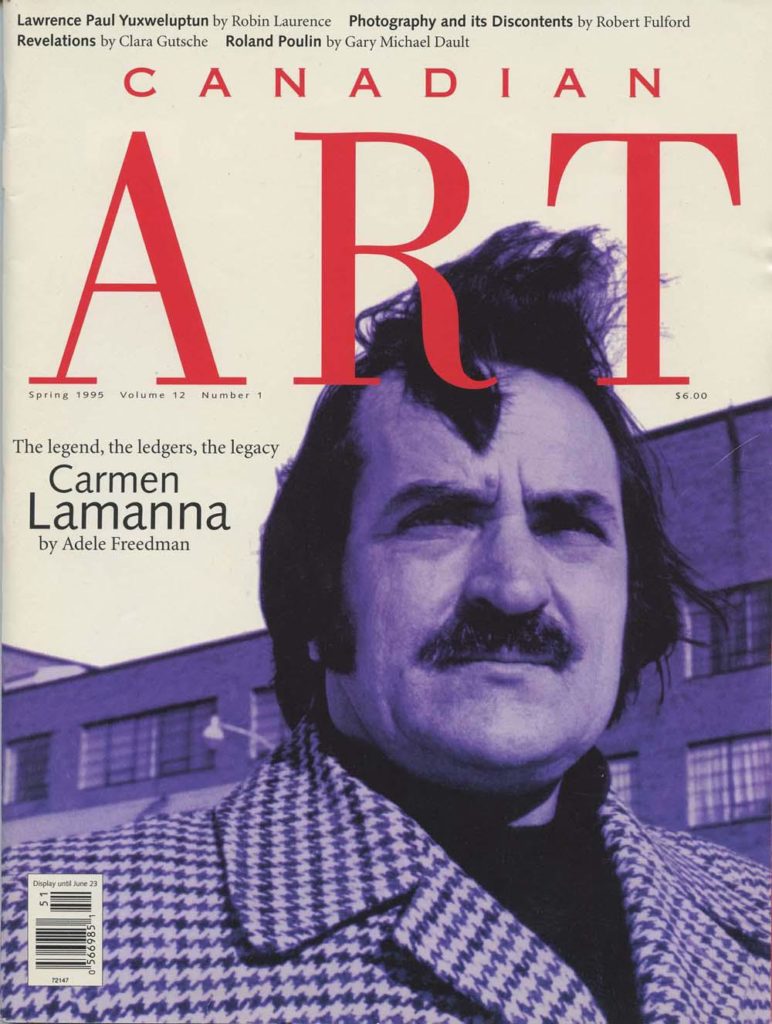 Carmen Lamanna, who dealt some of the most important Canadian art of this century, died on May 23, 1991. Four days later his body was entombed in the wall of a Toronto cemetery. To artist John Scott, one of the mourners, “It looked like a punk version of Hamlet. They had a forklift come, it lifted the casket up, and three guys in uniforms interred it — sealed a marble block into place. One had a shaved head and earrings in his nose. Everybody else was in immaculate clothing. You marched past a huge line of Lamannas. At the end stood Carmen’s father, a tiny little man. They all looked at you so directly, like ‘I know you were Carmen’s best friend.’”

In addition to best friends, Lamanna left behind a legacy fraught with complications and a reputation verging on the mystical. God knows what adjective applies to his ledgers—paranormal? Invited to give the eulogy, Ian Carr-Harris, who showed with the Carmen Lamanna Gallery for twenty years, felt obliged to bring up the time he wasn’t paid his percentage of a sale. “It was only to draw out that Carmen wasn’t an angel, but intense and committed,” Carr Harris explains. “He had a mystic attachment to the Intellect. He was mesmerized by ideas as opposed to the physicality of the world. He wouldn’t let anyone stop him.”

So begins our Spring 1995 cover story. To keep reading, view a PDF of the entire article.