The Black Lives Matter Toronto Photograph That Made It to Shondaland 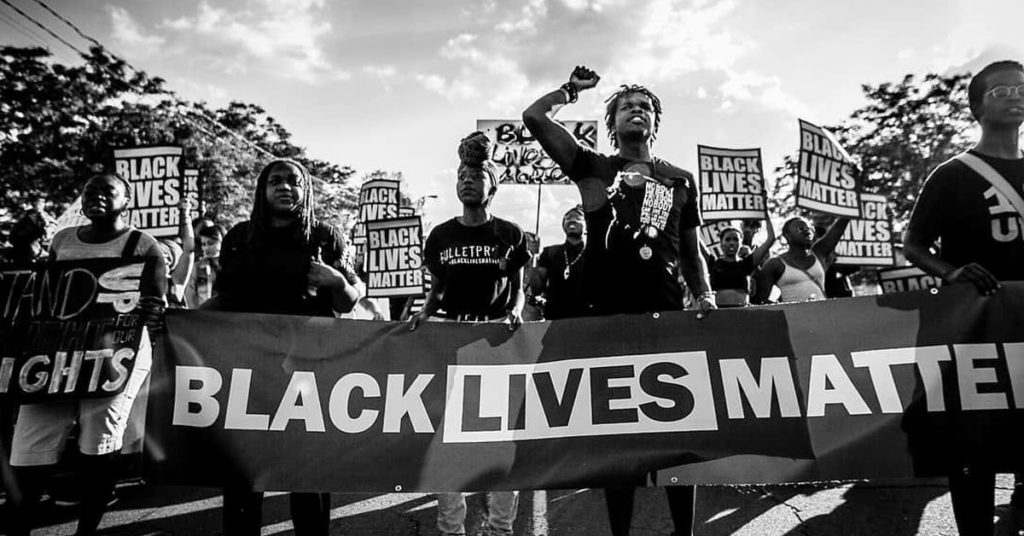 Still from the Scandal scene where Jalani Morgan's pertinent photo makes an appearance.

When Toronto-based photographer Jalani Morgan got an email on a Sunday two months ago from a Gmail address with “ABCSCANDAL” in it, he was suspicious. A phone call from Los Angeles on the following Monday confirmed it: producer and screenwriter Shonda Rhimes had seen his work and wanted one of his pieces for the much-anticipated crossover episode combining her two hit drama-thriller series, Scandal and How to Get Away with Murder. The art department required his work on set 48 hours later.

Scandal follows the damage-control affairs of crisis manager Olivia Pope, played by Kerry Washington, and How to Get Away with Murder follows Annalise Keating, played by Viola Davis, a high-profile defence attorney and professor whose students become embroiled in the murder of her cheating husband.

In his photography projects and photo-editing work, Morgan archives and documents Black Canadian cultural production. Though he’s well-versed in shooting large-scale crowds in public spaces—he’s one of the foremost photographers of the actions of Black Lives Matter Toronto—he hadn’t worked with a major TV production of this scale before. He contacted a few colleagues familiar with this kind of work to guide him through contract negotiations. Two months later, on March 1, the episode aired.

Morgan’s photograph documents a BLM day of action rally organized to demand justice for Andrew Loku, the 45-year-old father of five from South Sudan who was fatally shot by Toronto police in the hallway of his apartment building in 2015. The rally began outside of Loku’s apartment building on Eglinton, and moved to block a chunk of the Allen Expressway for two hours. Loku’s murderer has not been indicted.

In the episode, a large-scale print of Morgan’s photograph appears in the office of the institute of the former president. We see it behind a conversation between Olivia and Marcus, a civil rights activist played by Cornelius Smith Jr., on Olivia’s way to meeting the former president.

“It was a really striking composition,” Morgan says. “Olivia and Marcus—two very important characters in that show—talk about a story that’s very connected to the photo behind them, when it comes down to the lives of Black folks and the justice system.” The episode tackles the issue of access to affordable defence for marginalized people in the criminal justice system, and that’s where Annalise Keating comes in. She travels from Philadelphia to Washington to lobby for her case—a class action suit that could result in judicial reform—but she can’t move it forward to the Supreme Court without Olivia’s assistance.

The crossover episode’s ratings broke season records for both shows. Scandal saw 5.1 million viewers, and How to Get Away with Murder saw 4.2 million viewers. Morgan’s feels about so many people seeing his work? “My first instinct was like, ‘Big up Shonda for supporting Black art,’ he says. “What makes her work so great is that she’s creating an environment and a future that she wants to see. That takes a lot of care, and I’m thankful that that sort of frequency is what brought my photo to her attention.”

Surreal and very grateful to see my work on the crossover episode today. Marcus and Olivia walking together with my piece in the background was the best case scenario. Big up to @shondarhimes for scoping me out and appreciating my work and the art team for reaching out! #Scandal #BLM #BlackLivesMatter #TGIT #HTGAWM #TGITcrossover #HowToGetAwayWithScandal