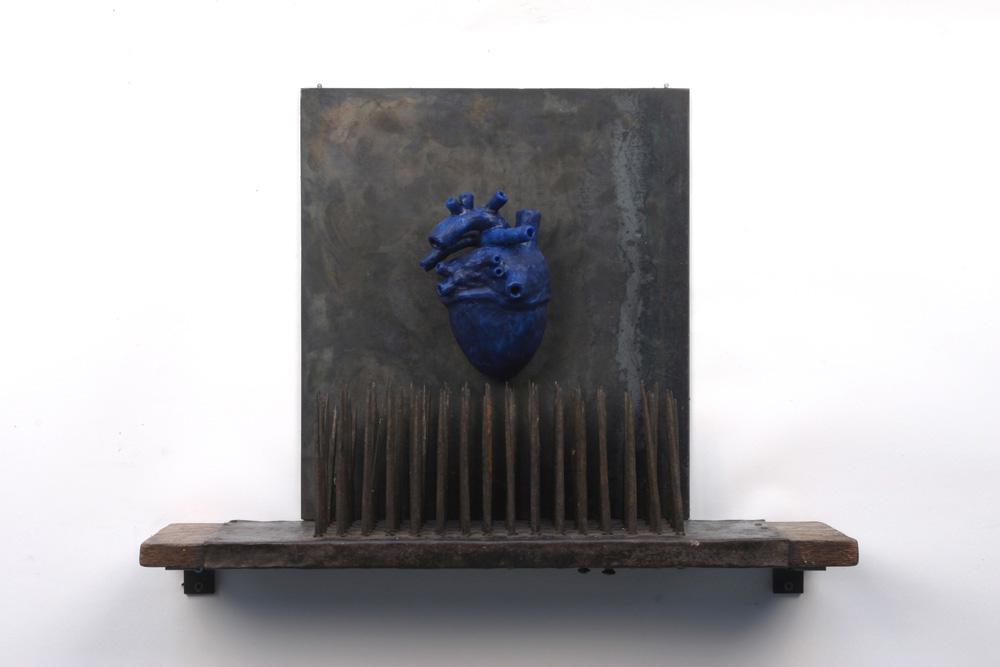 Artist Betty Goodwin’s work is an exemplar of the poetic power of pain, loss, grief and the resilience of the human condition. Her death earlier this month in Montreal at the age of 85 was a sad day for Canadian art. Her career spanned five decades and included major exhibitions at the National Gallery of Canada, the Art Gallery of Ontario, the 1989 São Paulo Biennal and the 1995 Venice Biennale. Through all of it, Goodwin positioned herself as a keen observer of lived experience.

From her early sculptural installations and print works to her definitive later work in drawing and mixed media, Goodwin made innovative use of leading-edge conceptual strategies and formal structures—often drawing comparisons to the work of Louise Bourgeois—but always with distinctive visual sophistication and elemental narrative underpinnings that defy categorization.

A tribute exhibition of Goodwin’s work runs January 3 to 17, 2009, at Galerie René Blouin in Montreal.

EXCLUSIVE FROM THE CANADIAN ART ARCHIVES:

“Swimmer”: In this winter 1984 article, critic Adele Freedman catches up with Betty Goodwin on the heels of a critically acclaimed New York exhibition and in preparation for a 15-year survey exhibition organized by the Musée des beaux-arts de Montréal.

“The Studio” A decade later, writer George Bogardi assesses the work of Betty Goodwin alongside a suite of studio photographs by Geoffrey James. Originally published in the Fall 1994 issue of Canadian Art.