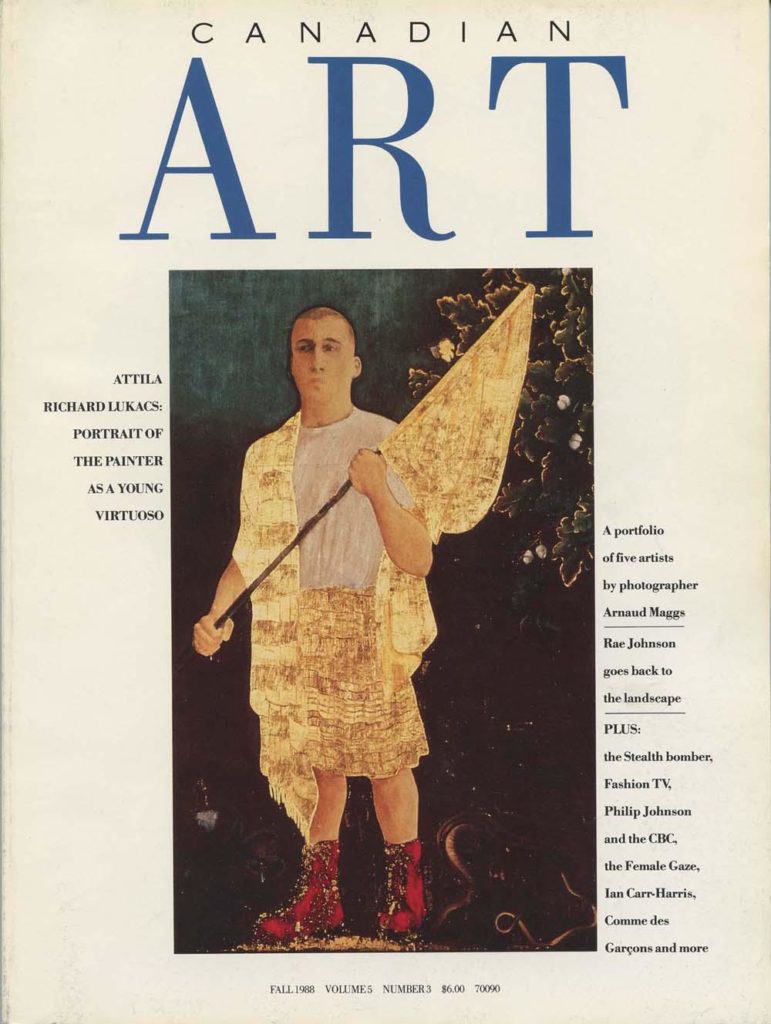 Attila Richard Lukacs’ paintings are ambitious, strange, compelling things. Their moral innocence—or depravity, depending on one’s point of view—is passionate, overheated and sweet. His work seems out of sync with the times. The paintings not only look old and worn, their mucky and organic surfaces bring forth metaphorical associations of corporeal decay and architectural ruin. With one recent canvas measuring 16 by 18 feet, the scale recalls more heroic times for painting than the present.

For the past two years this 26-year-old Canadian artist has been working in Berlin. For most of that time he’s had a studio in the Künstlerhaus Bethanien, an old hospital that has been renovated for use as artists’ studios. Lukacs works fairly much in isolation and is not part of a scene. Berlin’s “wild painting” of only five or six years ago, which attracted so much attention, is, for now anyway, petrified in a premature gentrification of its effects.

So begins our Fall 1988 cover story. To keep reading, view a PDF of the entire article.