It's difficult to operate a commercial gallery anywhere in Canada, and many challenges are larger in smaller markets—here’s what some gallerists are doing 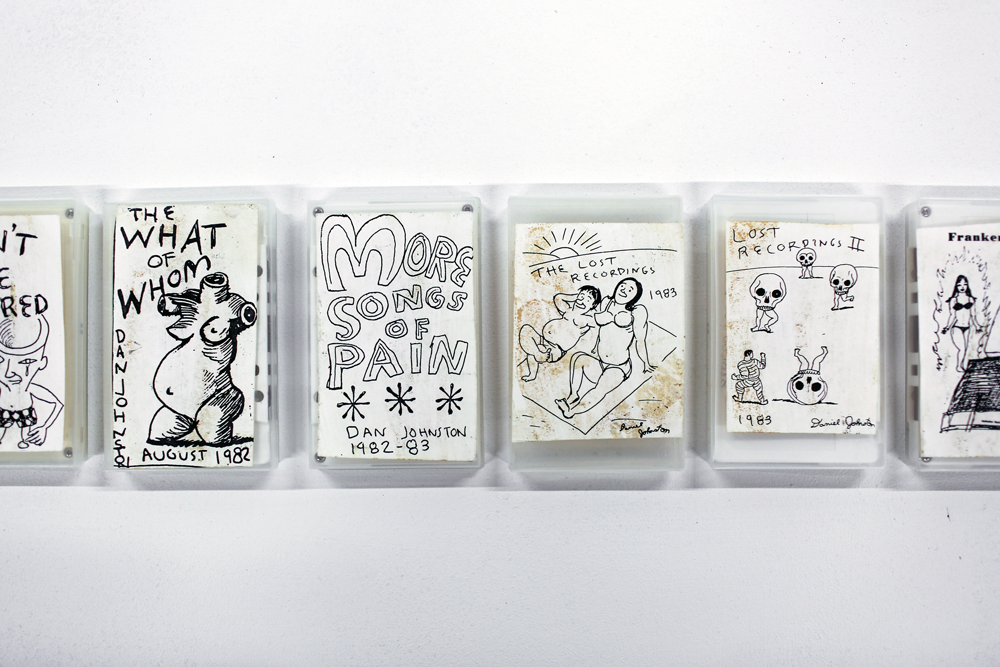 There have been plenty of attempts to quantify the types of artworks that sell well. The colour red, we’ve been told, fetches the best prices. In terms of subject matter, when sociologist David Halle surveyed the residential art selections of New Yorkers for his 1993 book Inside Culture: Art and Class in the American Home, landscapes reigned supreme, irrespective of class distinctions.

While it would be impossible to clearly delineate the “art that sells,” the smaller-scale studies thus far, like Halle’s, and anecdotal evidence suggest that many people decorate with more traditional works, rather than decking their homes out in highly experimental art.

But these tendencies aren’t deterring gallerists in cities across the country from putting on relatively niche shows. Take Winnipeg gallery Lisa Kehler Art and Projects’s recent presentation of work by cult musician and artist Daniel Johnston, whose drawings, created with marker, reference popular culture and dwell on his recurring theme of unrequited love.

“I was looking to bring Johnston’s work into Winnipeg and into the gallery, without really even knowing if there was a market for it. But it’s something that I’m so passionate about, that when I focus on the education aspect of the show, it’s almost creating a market for it,” said Kehler at the time.

And she’s not alone in this approach. From Edmonton to St. John’s, galleries outside the markets of Toronto, Montreal and Vancouver are mounting programming that forgoes red-hued landscape paintings entirely.

A few recent examples: an exhibition of work from a collaborative project between artists and cancer patients at dc3 Art Projects in Edmonton; a show of Indigenous artists testing the bounds of beadwork at Slate Fine Art Gallery in Regina; a presentation of drawings from an overlooked, early quantum-mechanics researcher (who also happens to be fictional) at Christina Parker Gallery in St. John’s.

It’s difficult to viably operate a commercial gallery anywhere in Canada, and many of these challenges become even larger in smaller markets.

How do commercial galleries in smaller cities balance turning a profit with presenting challenging work, which might not initially seem like an easy sell? I spoke with a range of gallerists, and while there’s no clear formula for success, some common themes emerged.

St. John’s–based Christina Parker has been in business in Newfoundland for more than 32 years—a staying power that would be impressive anywhere. And a large part of Parker’s resilience has come from creating a reputation for knowing and representing a particular region, and the particular medium of printmaking (although her roster has expanded well beyond this form).

But whether Parker chooses to show experimental or traditional work, it’s always underscored by a connection to community. “I really focused on developing the contemporary art that was being practiced here,” Parker said, “but I also included some work by more traditional artists, who had been long practitioners and gained a reputation for their work. A large part of the gallery has focused on artists who worked in a more traditional way that really have a connection with their community.”

And the connection between community and artists extends beyond the public and collectors—ultimately, dealers create a community of their own with their roster. “Our focus is on building artists’ careers, rather than selling out a show,” said Michelle Schultz of dc3 Art Projects in Edmonton. “We see our relationship with our artists as a partnership, and we are in this for the long game.”

And it’s worth keeping in mind that community and reputation are inherently linked, and vitally important. “The art of selling art largely hinges on being trusted and respected for your eye,” said Kehler in Winnipeg.

Here we go again! #arttoronto 2014! Preparing the crates for art fair! Visit us at the end of October in booth 434.

A post shared by Christina Parker Gallery (@christinaparkergallery) on Oct 2, 2014 at 6:39am PDT

2. Get Outside Your Space

While the galleries I interviewed were largely, and in some cases exclusively, focused on regional art production, there was a universal sense that looking beyond one’s immediate location for ideas, inspiration and clientele is essential.

“Over the years, it was always my practice to travel and see clients outside of the province,” said Parker. “So over the 30-plus years, I built a really good relationship with public-gallery directors, with curators who purchased for corporate collections, and major private collectors in the country. And that really helped.” Parker also noted that part of this effort includes showing at Art Toronto, where she has shown since 2001.

Many of the galleries used a combination of travel, art-fair attendance and advertising to bolster a national awareness and representation.

In Kehler’s case, travel also inspired a programmatic shift. “The gallery no longer solely focuses on art made by Winnipeg artists. While we have more than enough talent locally to run a gallery with this as its mandate, it was unrealistic to only look at art through that self-imposed civic boundary. I wanted to start working with artists I encountered through travelling, and whose ideas I connected with,” she explained.

A potential advantage of looking for gallery spaces outside of the major cities is the relative affordability of real estate, and galleries are using the additional square footage to strategic ends.

With the subdivision of the gallery into separate spaces, gallerists are able to balance their programming so that, at any given time, there’s work that appeals to range of tastes.

“We have a space that we use for a feature gallery, so we always have a little bit of a group show going on. If our main exhibition is something a little more difficult we can balance that out by what we show in our group space, or vice versa,” said Fyfe and Fafard.

Likewise, at Christina Parker Gallery, the 5,000-square-foot space allows for thematic differentiation. “Often we’re opening two exhibitions at once,” said Parker. “So it gives me an opportunity to strike a balance between, for example, artists who are from here and those who are not from here.”

At DNA Artspace in London, different physical levels can also help support programming. “Since we have two floors in the gallery, we are able to offer artists the opportunity to install more experimental work on one floor, while showing more ‘commercial’ (for lack of a better word) pieces in the other,” said owner Allison Matic.

4. Be Prepared to do Additional Programming

All galleries have an educational component, and the supplementary programming that accompanies exhibitions is evidence of this.

“It’s great to give artists an opportunity to speak about their work, and I find there’s a really good appetite among people who frequent the gallery to attend artist talks,” said Parker. “And we would always combine that with exhibitions or with the work that’s a little more complex, where the viewer really benefits from understanding the artist’s process and how they arrive at the work.”

At DNA Artspace, event-based supplementary programming like artist talks and patron events is combined with plenty of reading material. “We decided to create a bookshop at the back of the gallery that features a carefully curated selection of books on art and theory, and various printed matter such as artist publications, multiples and zines,” said Matic. “We try to create a dialogue between the books and the exhibitions by selecting a number of publications that directly relate to themes in each show.”

Not all programming events need to be strictly art-related—it can be worthwhile just to get people into the space, even if it’s ostensibly for another reason.

“We like to have concerts here in the gallery. We have people from out of town come and they will sit for a night, see a band play, and it’s a nice experience to bring people into the gallery who might not come in otherwise,” said Fafard.

5. Stay Within Your Means

Of course, the rules of any successful business apply to the art world: no amount of passion can allow for ignoring the bottom line.

“Show what you love, with a careful eye to commerce,” said Slate Fine Art Gallery’s Fyfe. “Stay within your means in the beginning and don’t grow too big too fast. You have to keep in mind what your limitations are. Be bold and take risks, but don’t do it at the expense of your business,” added Fafard.

Ultimately, though, outside of general rules, all bets are off.

“Trust your instincts. Make your own rules. Be prepared to fight,” advised Schultz. “Presenting work outside of major centres is exponentially more challenging, but can also be highly rewarding.”