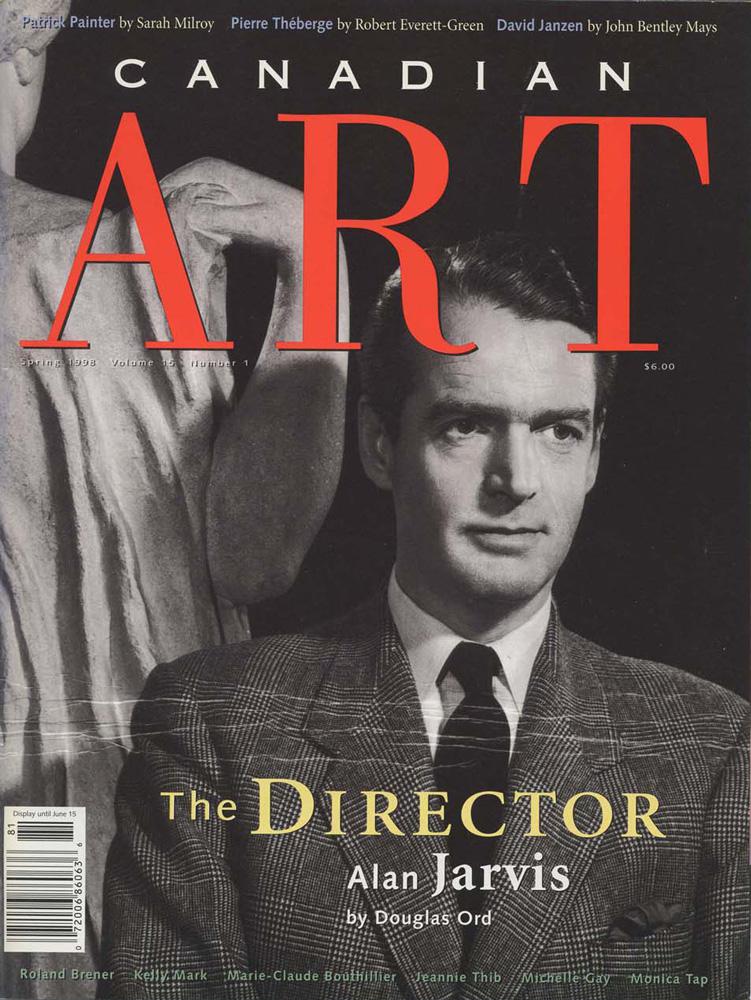 In the summer of 1957, CBC television broadcast a thirteen-part series called “The Things We See.” Filmed in black and white, it was hosted by Alan Jarvis, who two years earlier had become director of the National Gallery. Jarvis would later be remember by Sir Kenneth Clark as “the best looking man I’ve ever seen.” And on camera, at forty-two, he did suggest Gregory Peck, with the addition of a slight English accent and a wide knowledge of art and design. Jarvis’s goal was to acquaint his Canadian audience with the difference between “just looking around and really seeing.” Informing his goal was an optimistic hedonism typical of a decade of new beginnings, after the global catastrophes of the thirties and forties. “The role of the artist is not so much to uplift us,” he said in the final episode, “as to give us the joy of seeing our world with fresh eyes. Learning to see the way artists see does really give one an enormous amount of fun.”

So begins our Spring 1998 cover story. To keep reading, view a PDF of the entire article.