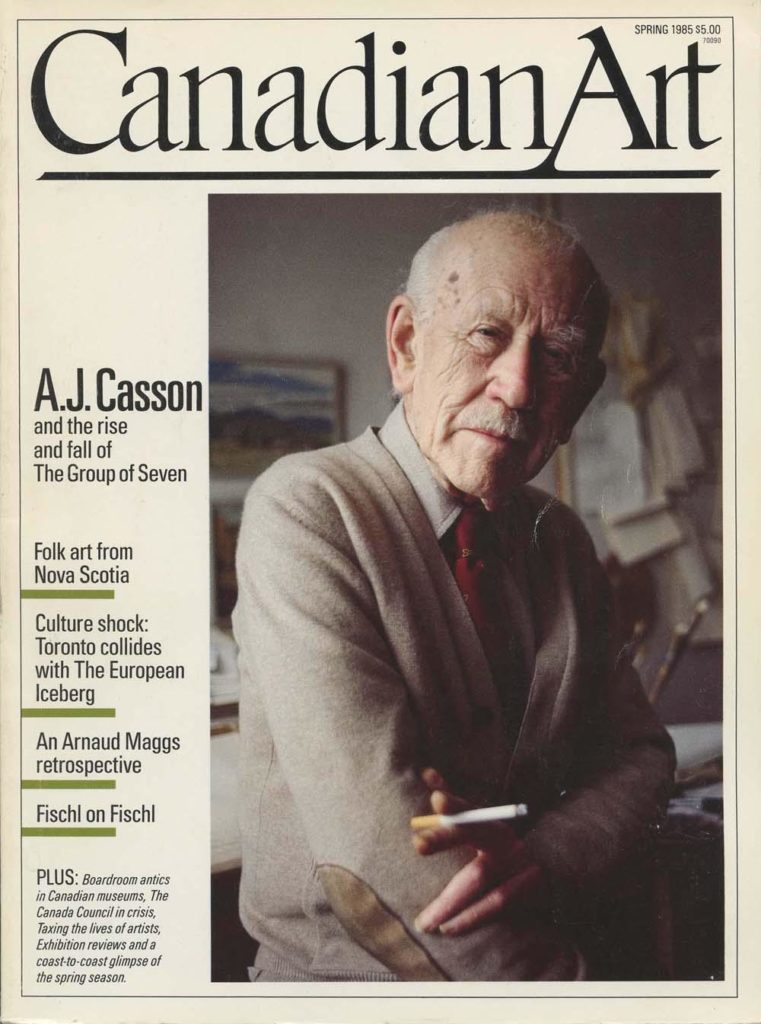 A.J. Casson is relaxing on a sofa in the living room of his handsome, two-storey Georgian brick house in north Toronto, a home he has shared with his wife, Margaret, for more than half a century. The room has a comfortable, lived-in look and is brightened with bowls of fresh flowers. The walls are hung with Casson’s Cassons, the largest of which is a new, as yet unnamed, landscape of battered spruce trees overlooking a small valley in northern Ontario. There are pastel-soft paintings of Quebec villages and a set of early sketches made around Bancroft, done in brooding, blue-grey tones. A bronze head of Casson by Winnipeg sculptor Leo Mol stares sightlessly at a rare little Casson painting of Rock Island, near Vermont, on the opposite wall. A tall bookcase is crammed with art books. But there is one tome that’s so big it sits on a side table. Its title is A.J. Casson: A Tribute, published by Cerebrus Press and Prentice-Hall in 1980, when the artist was 82.

He is now 86, and his rugged, kindly face has an elemental look, as though carved from quartz. The hair that is left on his balding, freckled head is as fine and glossy as cornsilk; his eyebrows and moustache are white as hoarfrost. He has an engaging, gap-toothed grin that gives him a boyish, mischievous air. When he laughs, which he does often, his lined, seamed face softens wonderfully and silver points of light stir in his blue eyes.

So begins the cover story of the Spring 1985 issue of Canadian Art. To keep reading, view a PDF of the entire article.