News Roundup: Alberta Declares Month of the Artist, and More

Alberta becomes the first province to designate a month for honouring artists. Plus: Remembering Melanie Townsend, catching up on a censorship controversy and more 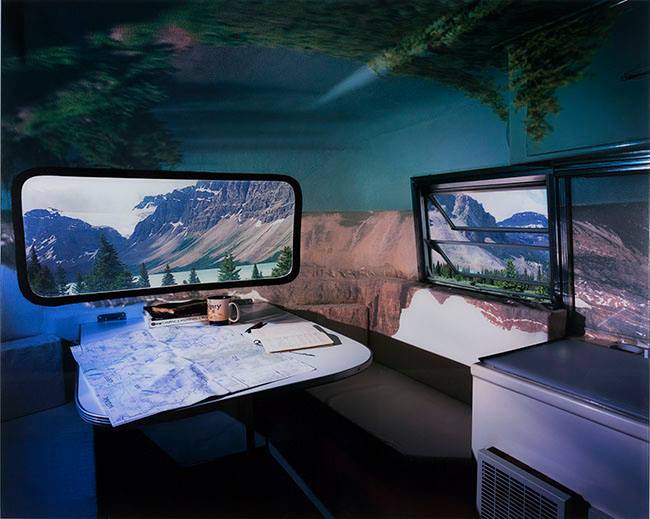 Alberta declares January the Month of the Artist. “Alberta is the first province in Canada to dedicate a month to celebrate artists. It is a way to raise awareness of the challenges artists face and the value they bring to our province. Art is work. Art creates jobs, and art contributes to our growing economy.” So says Alberta Minister of Culture and Tourism Ricardo Miranda as the provincial government kicks off the endeavour. (press release)

Remembering Melanie Townsend. Museum London’s head of exhibitions and collections Melanie Townsend “fought cancer for two years before passing away on December 19,” says a museum announcement. “We will miss her for her generosity as a mentor, her sense of fun, and her immense strength, both at work and during her illness.” Townsend first joined the museum in 2004; prior to that, she worked at the Art Gallery of Windsor and the Walter Phillips Gallery in Banff. She was 50 when she died. Museum London will host a celebration of life on January 26 at 2 p.m. (Museum London, Windsor Star)

Catching up on a censorship controversy. Lightspell, an interactive artwork shut down just days before it was due to launch in a Toronto subway station in 2017, may one day go live. The Globe reports that artists Jan and Tim Edler continue to be in dialogue with the Toronto Transit Commission. Some commission staff were concerned the interactive signage could be used for hate speech, and suggested a blacklist of terms. The artists, who previously rejected a blacklist, nows say that if there is a blacklist, they want it displayed by the artwork. (Globe and Mail)

Marc Mayer is giving exit interviews before he departs the National Gallery for good. He tells the CBC he has no regrets about trying to sell off a Chagall earlier this year (a move his board of trustees ended up reversing when more details came to light). What he didn’t like? Having to reapply for his job after ten years. (That’s from the Ottawa Citizen’s interview.) Watch for our own chat with Mayer next week. (CBC, Ottawa Citizen)

Working towards a museum for Nunavut, and more repatriation of Inuit art. CBC North reports on the work of Krista Zawadski, curator of Inuit art for the Government of Nunavut. While her work currently involves identifying items in collections of Inuit objects in southern Canada, she says, “Hopefully someday we’ll have a museum in Nunavut or a heritage centre that could house a lot of these pieces…. I think it’s important to bring them back.” (CBC North)

There’s a Banksy in Whistler. It’s an older one, a stencil-on-concrete piece, that now hangs in the Jonathan + Olivia store there. Store co-owner Nic Jones says he acquired it when he was part of a boutique and art collective in Paris in 2003 that hosted one of Banksy’s first exhibitions. (Pique)

You can skate around a new public artwork in Winnipeg. Bokeh was created by Takashi Iwasaki and Nadi Design. “Inspired by the architectural era of the adjacent Peguis Pavilion, the exaggerated arced forms and large globes reference the mid-century modern Arco Lamp,” says a release. The year-round installation lights up at night, also brightening the adjacent skating rink in Kildonan Park. (emailed release)

University of Waterloo researchers find that drawing is better than taking notes for memory retention. “The researchers say even four-second drawing can help people recall a word, and they believe the technique could be useful for people with dementia,” CBC reports. (CBC)

Canadian-Swedish curating team Aileen Burns and Johan Lundh have become directors of the Govett-Brewster Art Gallery/Len Lye Centre in New Zealand. Previously, they were executive directors at the Institute of Modern Art in Brisbane. In the past, they also curated for Justina M. Barnicke Gallery in Toronto and Western Front in Vancouver. (via email)

Some Canadians at the fairs. Toronto-based Matter gallery will be at the Cape Town Art Fair from February 14 to 17 in South Africa, while Christopher Cutts Gallery, also of Toronto, will be at Art Paris April 4 to 7.

In case you missed it: Carrie Mae Weems headlines the Contact Festival 2019 in Toronto. Art buses are on tap for Vancouver this year as well. And the Capture Festival has announced some projects for April, including large-scale pictures of young Indigenous athletes to be installed near BC Place.