In each iteration, the piece operates through a fluid, ambulatory score. Performers roam, shifting set pieces, marking out space with pink tape, reciting instructions into microphones, locking eyes and dancing in close proximity to viewers, negotiating the social and material circumstances that the work manifests. Throughout its trajectory, however, the performance has undergone constant evolution, which we might be able to chart through its vegetation, like tracking a life in the rings of a tree.

In Dancemakers’ small dark theatre, performers moved potted and plasticized greenery about the space. “We used the fake plants that are at Dancemakers, and some of the furniture that was there—we would just sort of use what’s available,” explained musician, artist and Smutny’s long-time collaborator Victoria Cheong, in an interview. In the Darling Foundry’s expansive space, the flora grew to scale, with massive palms trucked in for the show. For the Los Angeles performance, the vegetation remained outside the gallery. “Even the palm trees are fake in LA. Or not fake, but they’re brought in; they didn’t grow there. It’s all decorative,” said Smutny. “And if you start to look at it, the way the palm trees are set up, it’s aesthetically gorgeous, but it’s not natural.” And, finally, at the AGO last Thursday, plant life took on the gloss of high art, with fronds rendered silhouette-like in Aundrea Bell’s Plexiglas triptych made to accompany the work.

“I wanted to deal with it specifically in a gallery space, because there is a history of different ways of looking [there], at least in relationship to proximity and objectification.” Consider how art historian Amelia Jones, citing philosopher Maurice Merleau-Ponty, discusses the “simultaneous subject-/object-ification” that takes place in the encounter between artwork and viewer: it’s a relationship viscerally rendered in the “private dances” that pepper Rosé Porn. In these moments a performer approaches a viewer, making direct eye contact. Looking, such a hierarchical convention in most dance performance, becomes reciprocal. This is not a confrontational gaze, but a mutually held invitation. The dancer moves in proximity to the body they’ve encountered, seeking out the latent intimacies spectatorship holds.

“It made me wonder about what it is that actually makes me curious to work with someone…. What is it about them that makes me feel attraction? And I was already in this practice of songwriting, where I was curious about texts, and songs, and specifically pop songs and love songs. I’m not a musician at all, but I started thinking about how I would love to make songs for these people.”

In addition to providing a framework for looking, the gallery necessarily entails a relationship with the art market. Historically speaking, this is something performers have worked tirelessly against; many scholars have suggested that performance inherently resists reproduction and commodification. Or more recently, as Jones observes, artists such as Tino Sehgal have accepted the position of performance within capitalism, proposing that the truly progressive characteristic of the discipline, in the face of the burden that producing objects places on the environment, is its dematerialization.

“I’m interested in how the object costs more than the human body,” Smutny explained during one of our conversations. “Like, I sell the handbag for $400.” She leaves the room and returns a moment later holding the one-of-a-kind: a supple black leather-and-suede bag with dramatic cut-outs that reveal a light fabric with the title printed in sweeping cursive.

The performance’s multi-layered engagement with cultural and economic capital seems particularly relevant given its forthcoming presentation in proximity to Documenta 14’s programming in Athens this summer.

Varoufakis’s trenchant, if oversimplified, comparison comes from an interview with artist Leon Kahane, wherein Varoufakis equates the art fair with “crisis tourism. It’s a gimmick by which to exploit the tragedy in Greece in order to massage the consciences of some people from documenta,” which is “unhelpful both artistically and politically.”

Varoufakis reflected on growing up during Greek military rule in the ’60s and ’70s. “I remember that we wanted those from the outside to do whatever it took to help strengthen…the forces of critical thinking, and the forces of a political solidarity,” he recalled. “We should do things and say things which are useful to those who want to subject their own daily circumstances to critical scrutiny.”

With her relationships to both Canada and Greece, Smutny hopes to facilitate the exchanges that make such activity possible. “I think that the danger of this Documenta is that, as an outsider, as a non-Greek artist, you will be a tourist. You’re just going to go to a talk, or see a show, but you will not have access to really engage.” 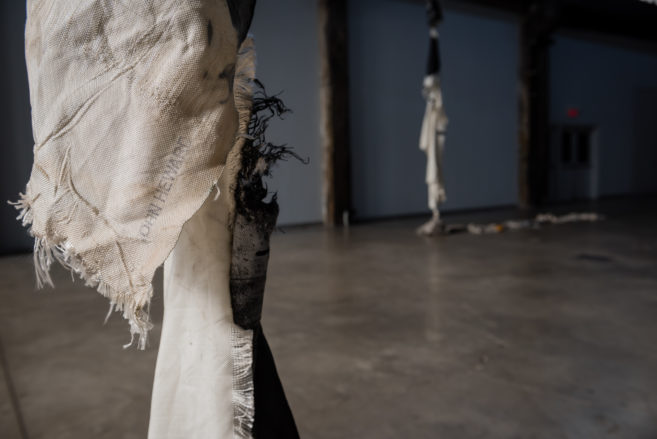