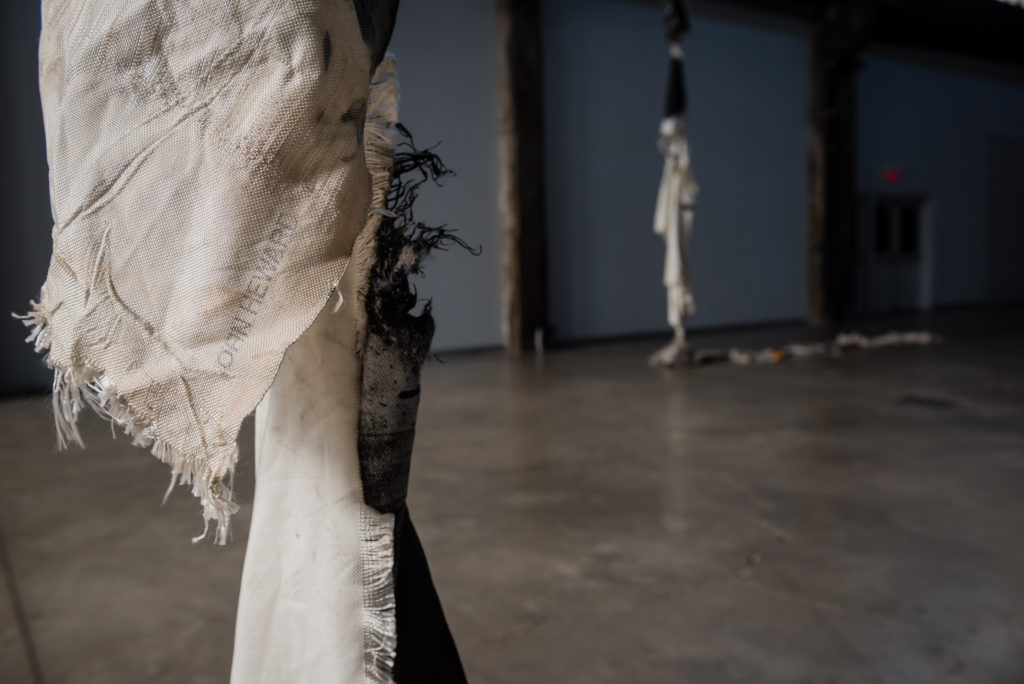 Sometimes you encounter the work of an artist and immediately know that your understanding of art will never be the same. It’s as if you have suddenly accessed a new realm of sensibility and intellect that pushes you to rethink your own work.

I first saw John Heward’s work in 1991 when I was a visual arts undergraduate student. What a shock! Torn and freely painted pieces of canvas and cloth were everywhere—on the ground, on the ceiling and on the walls—everything seemed random, incomprehensible. I was disconcerted. Yet somehow I still felt a very strong affinity with the work, without exactly knowing why.

I was immediately struck by how far this was from the academy. John had rejected certain parameters of painting: by removing the frame, his painting was opened up to new horizons. It appropriated sculpture, drawing, installation and performance. For an art student, this was significant!

How to talk about this work? First, accept that it drags, gets dirty, ripped and folded, that it degrades and deforms itself. Through all of these manipulations—these accidents—instead of hiding imperfections, John liberates them, he celebrates them. He allows as little as possible of himself—his qualities and faults, his confidence and vulnerability—into his work, often so much so that it’s hard to tell if there’s an author at all, as if the works had slipped into being without him knowing.

When I saw John’s touring retrospective exhibition “Un Parcours/Une Collection” at Galerie de l’UQAM in 2008, I was again struck with the enduring relevance of his work. The impact was just as present, as strong, as in my first impressions 17 years earlier. The work hadn’t gotten old; he hadn’t gotten caught up in his own history. At that moment that I understood the urgency with which John’s work is made. Over time that force, that energy, had not worn itself out. His works retained their essence of immediacy, as if they had just now been created.

That urgency persists in John’s current show (with Jean-François Lauda), “The Silver Cord,” at the Darling Foundry. A trio of his works, made of lengths of canvas and other torn materials, hang from the ceiling and spread across the floor of the large exhibition hall. They are rough—painted, dirtied, patched and re-tied—set in perfect symbiosis with the spirit of the space’s 19th-century industrial history. In an instant a force emerges, simultaneous with a great material elegance. Everything is set, perfectly, naturally.

I find myself here, in the Darling Foundry, projected into John’s studio. He lives and works in another industrial space of the same era in Griffintown, not far from the Foundry. Without realizing it, visitors to the exhibition are, in a way, also experiencing John’s studio. They are meeting his work in a closeness, an intimacy, that artists rarely grant. There is practically no difference between the place of creation and of presentation. It’s for this reason that everything in the exhibition seems to be in in perfect harmony with the spirit, the expression and the poetry that John has offered us for so long.

Despite his impressive track record of exhibitions, and his quiet influence, John has not always received the same attention as his contemporaries. Perhaps this is because of the risks he takes in his work. I believe that John is one of the rare artists who have remained bold throughout an entire career, without ever looking back. He was awarded the Prix Paul-Émile-Borduas in 2012, the highest distinction for a visual artist in Quebec. Like Borduas, John takes risks that question, without complacency. He sets the bar high for generations of artists who hope to push the limits of painting even further.

The importance of John Heward’s work in the history of Quebec and of Canada does not need to be written—it already is. Many artists will leave a few greatest hits, but what John gives us is a legacy, the work of a lifetime that brings us back to what is essential, to rigour and to authenticity. John will always be, for me, and for history, a turning point. 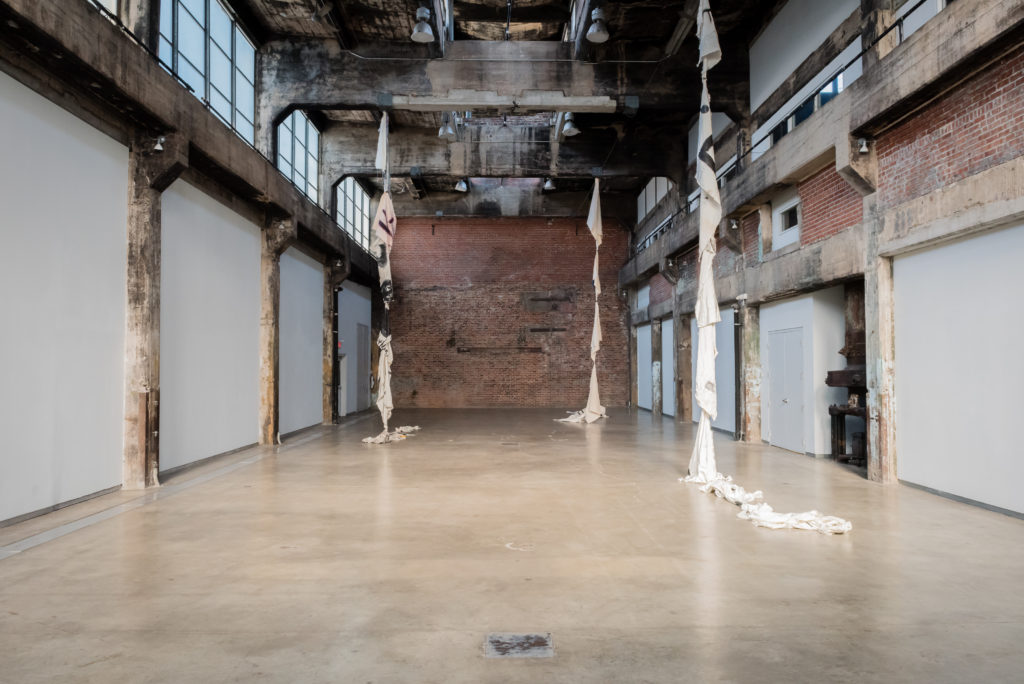 Stéphane La Rue is an artist living and working in Montreal. His works are in private collections and major institutions across the country.