Artists and writers who knew and worked with influential art dealer Av Isaacs relay their memories and reflect on his legacy. 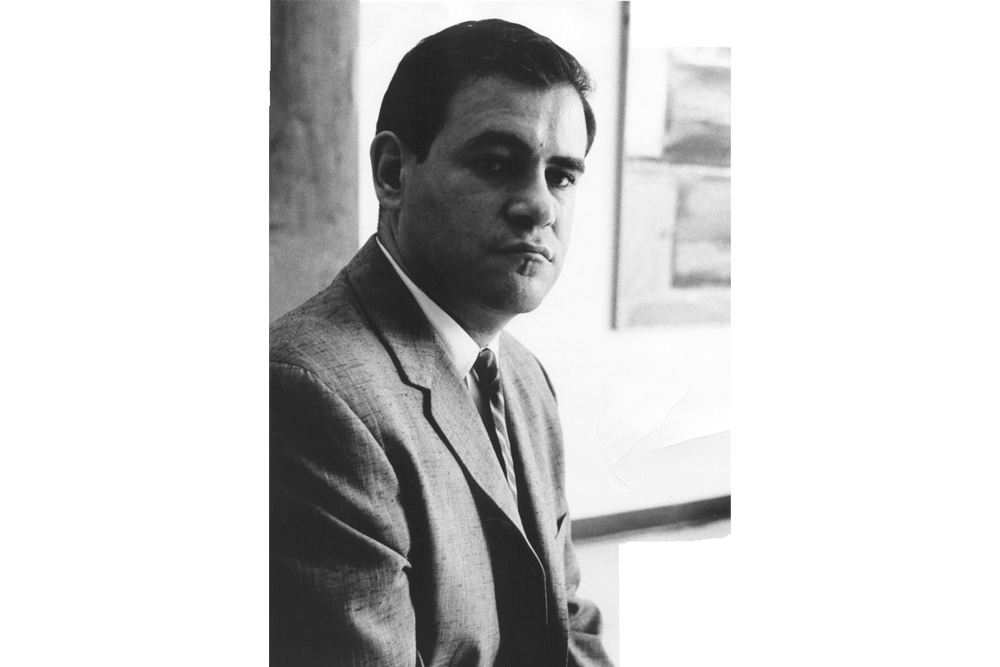 One of Canada’s most influential art dealers, Avrom Isaacs, died at Mount Sinai Hospital last Friday at the age of 89. Isaacs opened a framing and art-supply store in 1950 before founding Isaacs Gallery on Yonge Street in 1961. The gallery went on to become one of the country’s leading commercial spaces, representing artists including Michael Snow, Greg Curnoe, Gathie Falk and Joyce Wieland. It also hosted avant-garde events such as concerts and performances.

Here, artists and writers who knew and worked with Isaacs remember him.

I was with the Isaacs Gallery since its inception. I had many solo exhibitions there and was in many group shows, all of which involved working with Av on all aspects, including installation decisions. What we showed of mine was my decision, but Av was very involved in how we showed it and in discussing what were the important aspects of the work. He was a pleasure to work with.

He did not have an art-related education but had a really astute eye, and in a sense discovered the work of Mark Prent and Bill Kurelek, for example. He sponsored many wonderful performances and concerts, such as the music of a great composer, Udo Kasemets, and the Artists Jazz Band, a great group of painter-musicians that I was happy to be part of.

Av Isaacs staged challenging and often gorgeous exhibitions for many years, even when “The Isaacs Gallery All-Stars” were found wanting by those with different views. Painting at prime. But he did so much more: supported publications and print editions and recordings, loaned his space for performances and readings and concerts—the many events without a home that he found interesting and valuable. I remember in particular an evening when Gathie Falk came from Vancouver, in her little-girl outfit, to roll a series of ceramic eggs loopily around the gallery space, stopping from time to time to eat one of the unexpected “real” eggs that were quietly there too. There was an unsettling number of real eggs, and she ate them one after another until we all hoped she would stop before something revolting happened. We all survived. But who would have known how magnetic these small actions would be? Eggs? Av had a great heart.

I started showing with Av in 1970. Clearly, I was a bit of an oddity among his artists, but Av liked my work and he believed in me. After a number of years with little sales from my work, yet growing success among artists and gallerists, Mike Snow and Carmen Lamanna bought works, Curnoe traded works, Av took me to the side and said: “John, do you realize how good it is for you to be in my stable?” Jokingly I responded: “Does the word ‘stable’ come from livestock or stability?” In a moment of doubt, he looked seriously concerned…and then his most delightful smile bloomed. It still warms my heart to remember his blooming smiles, so often repeated. A loving and committed soul!

In 1966, Gord Rayner produced a suite of silkscreen prints with which, when I first saw them on the wall at Av’s, I was immediately smitten. One of them in particular I thought luxuriously fresh and daring.

It was mostly a ground of light, effulgent turquoise with a build-up at one end of what looked like wetly mopped, cloud-like forms, dark and pictorially threatening. From these roiling clouds came a horizontal belt-line of bright orange, swooping across the picture like the sash around a dressing gown. What really got me was that the final eight inches of the orange sash was a strip of painted paper casually collaged into place! Pretty cheeky, I thought. The prints were in an edition of 30 and were priced at $200 each. I couldn’t afford one.

About 35 years later, I was visiting Av at the loft-storeroom he then maintained at 401 Richmond Street West. We were talking and I was idly browsing through the pictures on the stacked shelves, when I noticed the very silkscreen I had so fervently admired back in 1966. It was still in its exquisite, original, black-and-rubbed-silver William Kurelek frame (Kurelek made all of Av’s frames in a little basement cubbyhole at 832 Yonge Street). I was really excited to see the picture again.

I pulled it halfway out. “Is this Rayner still for sale?” I asked Av.

I still love it as much—or more than—I did 50 years ago.

When Av Isaacs hired me directly out of OCAD in 1973, I knew I’d landed in one of the most important art scenes in Toronto; the mid-town mood was definitely polished and professional. I’d help him hang the painting shows and when the big buyers arrived in the evening for an opening the wine was flowing. My job during the day started with being the first one to arrive before 8:30 a.m. with fresh cream to make the coffee. Everyone, it seemed, came through in those days, the likes of Gershon Iskowitz, Marshall McLuhan, Morley and Barry Callaghan, National Gallery buyers and of course the Isaacs’s stable of artists—and this included getting the honour to “maybe” talk briefly with Joyce Wieland.

One day Av and I went down into the storage art-rack area under the Yonge Street gallery and he came across a very early oil on board by Graham Coughtry; the (floating) subject was a model hired to pose nude for OCAD drawing-and-painting students. I had drawn the same, albeit older, model myself while an art student. Av very generously gave me the painting and I still have it and love it today.

As an unexhibited young artist and published poet I walked into the Isaacs Gallery and asked Av, who happened to be sitting at the reception desk, if he would like to exhibit my first sculpture, The Poet Machine (1974). He asked gruffly if he could see it first. I reluctantly acquiesced and brought him the next day to my garage studio. After a few minutes he nodded his head, said yes and left. So began my visual-arts career.

The Avrom Isaacs I knew was not the famous art dealer. The Avrom Isaacs I knew was Dad…the one who, with my Mom (actress Norma Renault), took me to art galleries, festivals, lecture series, music concerts, foreign films, dance and theatre productions, the one whom I later travelled with to the Arctic, whom I canoed and camped with in Algonquin, whom I cycled with whenever and wherever we could, whom I played tennis and tossed the ball with down the street from my childhood home, whom I worked with getting the best advice anyone could ask for. He was my greatest teacher and my biggest fan.