The Wrong, a new digital-art biennial, has been quietly making waves within the scene, putting forth challenges to a still-hesitant art establishment. 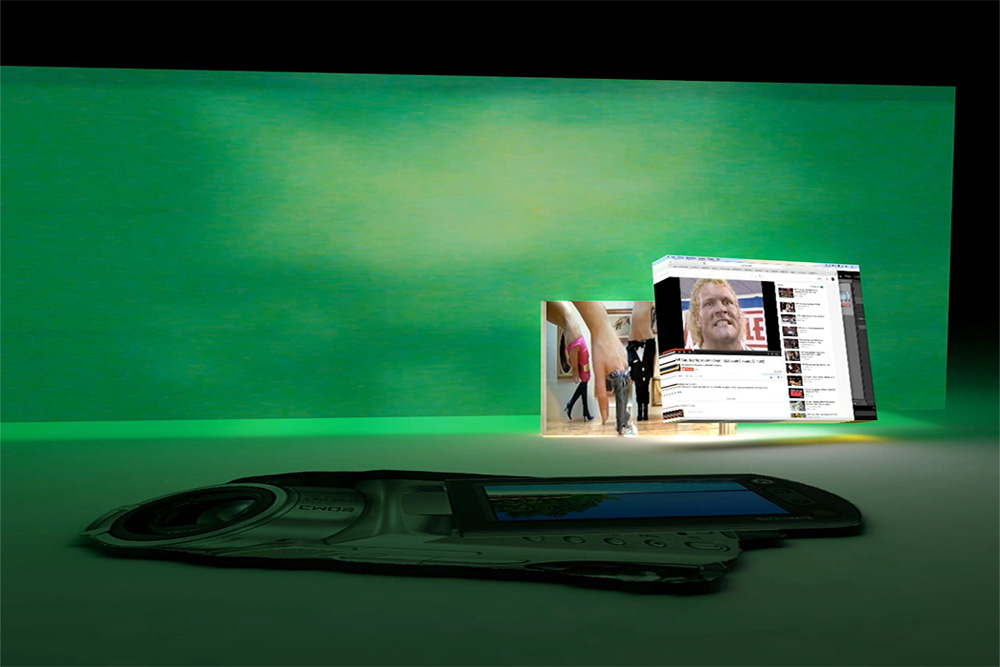 In a world of drone wedding videos, personalized retargeting ads, YouTube celebritydom and Edward Snowden, the digital is undeniably ubiquitous. Our mental peripheries and dreams, once the dumping ground of real-life daily stresses, are now littered with the memories of ill-advised Snapchats, externalized Instagram personalities and rejected Facebook friendship requests. Art has held a stake in the digital realm for some time—even before the 1980s when Andy Warhol made computer art on his Commodore Amiga home PC. But the last few years have seen a shift in the modalities of contemporary artwork and the establishment of artist communities based solely in the production of art interested in analyzing and critiquing our digital world. A new generation of artists has grown up at a time when media piracy and appropriation are commonplace, and they struggle to gain attention within an intensely saturated global information matrix. While digital art attempts to marry its democratic origins with a desire for legitimacy, a new art biennial has been quietly making waves within the scene, and putting forth challenges to a still-hesitant art establishment.

“Digital is all around us now: the phone, the computer, emails, WhatsApp, Instagram,” explains David Quiles Guilló, founder of digital art biennial the Wrong. “It’s our most loved pet. You don’t have a dog anymore. Or if you do, you take pictures of the dog to throw them onto the digital world. So from there it is natural that something like art expression comes out.”

The Wrong is an art biennial for the new age. Now in its second iteration, it is the biggest contemporary digital-art archive of its kind, featuring both online and offline exhibitions of work by more than 1,000 artists, from Siberia to South Africa, whose works take the form of JPEGs, videos and GIFs. The biennial’s website provides links to 50 separate websites or “virtual pavilions”—curated digital-art spaces that centre on separate themes and establish individual voices. The mission is to provide an opportunity for new and emerging artists and to “push positive, forward-thinking, contemporary digital art to a wider audience worldwide,” but it doesn’t stop there. “If you have 1,000 artists working in this biennial, then it’s because there is something happening with this kind of art,” says Quiles Guilló. “I don’t think there has ever been an art event so large in the history of humankind, in one moment, in one place, in one direction.”

The Wrong espouses the ideals of the artwork it exhibits, functioning as an appealingly democratic, affordable and accessible platform. But it arrives at a time when digital art finds itself pushing in two directions: attempting to remain true to its political origins while establishing art-historical legitimacy and worth. Institutions and collectors who understand the cultural value of digital artwork seem undecided on how to mediate this. Considering the market’s desire for exclusive value, attempts to fit digital art alongside other media with certificates of authenticity, numbered series and restrictions on distribution are commonplace. But for an art form that expresses the ideals of the Internet—limitlessness, self-reproducibility—this may be missing the point entirely. Will digital art’s political potential be dampened if it can be successfully marketed?

“There is a whole establishment that doesn’t want us to be there, because when you go to the Venice Biennale as an artist, so much money has to be moved so you can be there. We are challenging that right now,” says Quiles Guilló. “The establishment tries to keep the new stuff that they don’t understand kind of off to the side. That is the digital. You can copy it all the time so it has no value. If you can copy it, it should have more value from my point of view. If you have the original and you can have 63 million copies around the world, then your art is worth 63 million copies and not $63 million.”

The Wrong’s name points to its attempt to negate the struggle for legitimacy. Last year, the New York Times questioned whether digital art was “the next big thing in the contemporary art world,” while a publicly funded BBC digital-art website was lambasted by the press for wasting “MILLIONS on bizarre art projects.” Yet at the same time artists such as Jon Rafman, Hito Steryl and Cory Arcangel are landing institutional shows and major art awards.

Canada’s first-ever award specifically dedicated to digital art, the Emerging Digital Art Award, sponsored by Equitable Bank, was given to 22-year-old Colin Rosati for his video installation Autocidal After Image. His work features found footage rendered as 3-D digital curiosities, and poses questions about ownership and authenticity. “I think there is something to the question, ‘What is digital art?’” he says. “Everything now is informed by technology, mediated in the technological…so maybe there is no such a thing as ‘digital art.’ Getting this recognition is really important because it creates more competition and drive and makes me want to continue the exploration I’m doing—pushing the limits of what constitutes digital art. It used to be a political thing and now the boundaries are blurring. Whilst money isn’t everything, being collected shows that this medium is being taken seriously.”

Rosati’s Autocidal After Image is being showcased as part of the Wrong in an IRL exhibition at Toronto’s Xpace Cultural Centre, “100percentreal,” curated by Adrienne Crossman. Attempting to renegotiate the synthetic and the “real,” the exhibition’s aesthetic sits somewhere between David Cronenberg’s Videodrome and Windows 98’s WordArt. It includes Jazmine V. K. Carr’s performance video that sees her delete family photographs with bleach, and Cat Bluemke’s reimagining of flags as flashy advertisements for the Wrong’s participating countries.

Based in the Spanish backcountry, Quiles Guilló is the biennial’s one-man team, yet he sees himself only as the instigator. “I’ve shouted, ‘Let’s burn down the church.’ And everyone says, ‘Yeah!’ But I will be really far in the back. I plot the idea out, and I try to make it happen and pull out all my resources,” he says. “But I think the most fun is being had by the artists and curators. They are sharing whatever they want; there is no censorship.” His dream would be for artmaking to be as normalized as playing sports or reading, an egalitarian, utopic vision perceptible in the way the crowd-sourced biennial is run. But, as Quiles Guilló explains, “The establishment hates that idea. That is not what is meant to be. ‘My investment is not safe.’ If everyone starts making art, then who is ‘the artist’?”

The work I saw in my tour of the biennial had much of the tongue-in-cheek spirit and uniqueness that makes this kind of art worth viewing. While the sheer quantity of the artwork may seem overwhelming, Quiles Guilló purposefully shied away from including a search engine on the site for fear of becoming “just another Google.” A pavilion based in the United Arab Emirates, “Leave Nothing Untouched,” makes use of virtual-reality program Second Life to construct and present the work of several established artists including Patrick Lichty. Another pavilion, “Not found Exhibition,” gives artist statements and descriptions for several different online artworks but provides only a collection of broken links, where the evolution of the Internet has left behind ghosts of its original pathways. “BiWay Art Foundation,” by Toronto curator Rea McNamara, imagines the discount store of wartime immigrants re-opened, but this time as a non-profit that supports and preserves the arts. The pavilion includes testimonials taken from a Reddit forum page reminiscing about the good ol’ times shopping at BiWay and recalling the bargain chain’s effect on South and Central American manufacturing infrastructures, as well as work by art collective Tough Guy Mountain and Jamaican artist Oneika Russell that critiques consumerism, corporate mentality and the art industry.

One of Quiles Guilló’s earlier projects, an arts magazine called Rojo, was one of the first to notice the work of Banksy. He sees the digital art’s coming of age as parallel to the evolution of graffiti into street art, and its attendant cultural success. “If hacking is the new graffiti, then digital art is the new street art,” says Quiles Guilló. “Now we are in the hacking time. People are tagging things and breaking into places, and saying, ‘This is not secure.’ They are experimenting. For now, people understand new-media art as someone painting on a wall, the graffiti part. The Wrong is helping people to understand that it is not just people painting on a wall—and that we have to start to look at what they are painting about. But, still, we have to push on.”