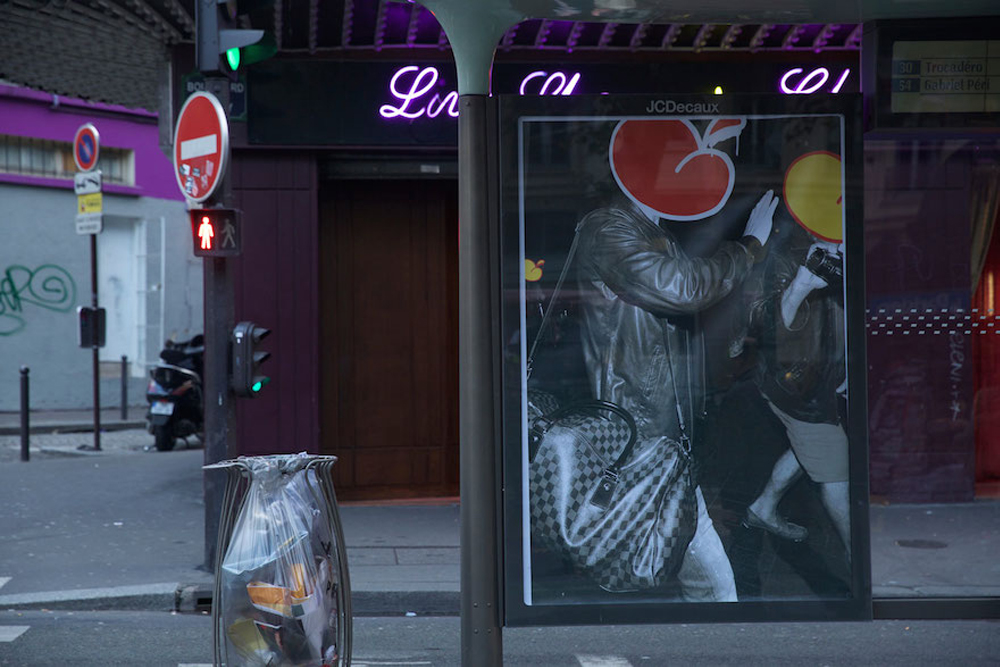 Installation view of one of Pascal Paquette’s contributions to the Paris Brandalism project.

One of Pascal Paquette’s contributions to the Paris Brandalism project.

One of Aaron Li-Hill’s contributions to the Paris Brandalism project.

One of Aaron Li-Hill’s contributions to the Paris Brandalism project.

Installation view of one of Sean Martindale and J.P. King’s contributions to the Paris Brandalism project.

One of Pascal Paquette’s contributions to the Paris Brandalism project.

“The most vibrant and vital images of the week, the ones you will remember, will be out of Paris,” said critic Ben Davis last week.

The resultant projects ranged from the bombastic—Olafur Eliasson brought icebergs into the streets of Paris—to the devastatingly understated, as in the collective Avaaz’s gesture of setting up 20,000 pairs of empty shoes in the Place de la République as a “silent march.”

But, in the case of UK art collective Brandalism’s project, the sheer scale, and unsanctioned nature of the work, astounds. The group brought together artists from around the world to take over 600 transit advertising spaces in the French capital, filling them with posters that offered a critique of consumerism, capitalism and climate change—both in society at large and within the talks themselves. And four Canadian artists were in the midst of it.

Co-opting advertising space is a particularly appropriate gesture given the high, and heavily criticized, commercial presence throughout the talks. According to the Guardian, “20% of the €170m (£122m) cost of the Paris conference will come from firms such as EDF, Engie (formerly known as GDF Suez), Air France, Renault-Nissan and BNP Paribas.”

“They’ve handed a megaphone to the corporations and taken the megaphone away from the social movements,” said writer and activist Naomi Klein. “It’s a combination of the role of corporations inside the COP and the banning of protests outside.”

Martindale had previously been involved with similar projects in Toronto, such as the Toronto Street Advertising Takeover, and versions of the Brandalism’s projects in the UK. He was working collaboratively with King when the Brandalism Paris organizing began, and the two artists were able to adapt their project to suit the advertising-space takeover, and recommend Paquette as another participant. Working remotely, they were able to submit their posters, which were then installed by a team of volunteers.

“The team that sets up everything has training on how to open the bus shelters, they make the specialty tools, and they wear the jackets that the company would wear, so it’s really well done,” explains Paquette.

Given the heightened security throughout the city after the recent terrorist attacks, the project’s success is even more of a feat. “We had to be careful with the timing, and they did a really good job of making everything really positive,” says Paquette. “It could have been touchy, but everyone was very into it.”

The talks in Paris continue until December 11.