What do the demographic breakdowns of solo shows at Canadian public institutions look like? Not the most diverse. 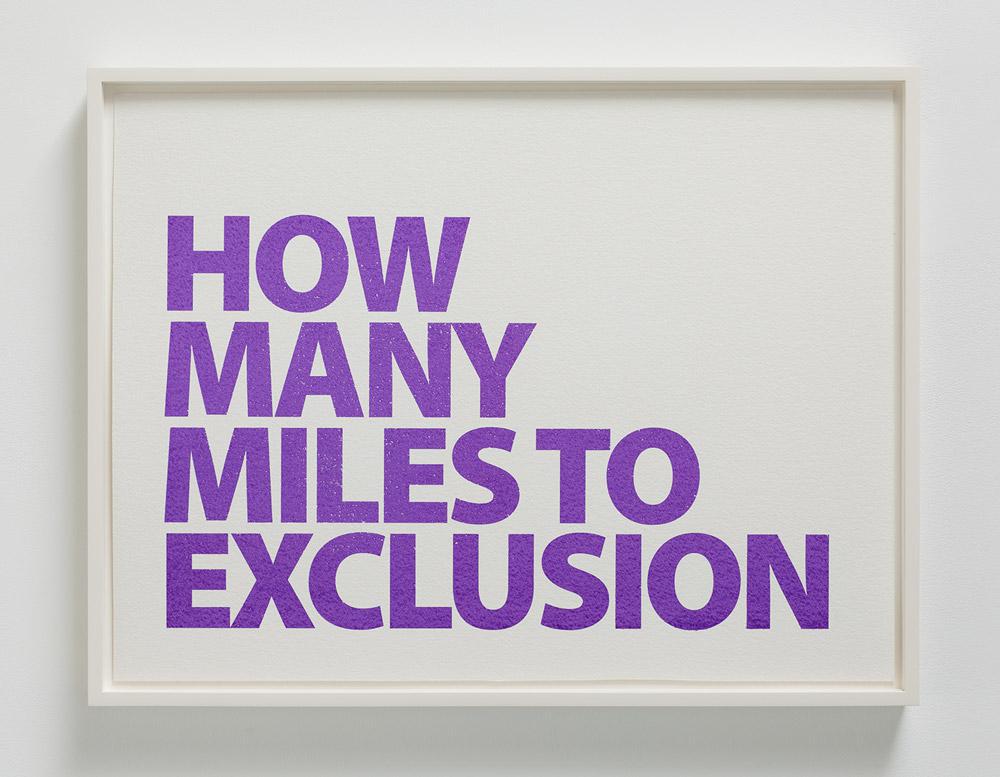 Divya Mehra, We don’t stand in line, borrowed shoes hurt your feet OR To India and back: Why we must not give up, 2014. Courtesy Georgia Scherman Projects.

Taking a cue from the recent circulation of gallery breakdowns—including revisitations of the Guerilla Girls’ original gallery report card and the Art Newspaper’s findings that one-third of solo shows in the US go to artists represented by five galleries—we began to look into the demographics of solo exhibitions at Canadian public institutions. This accounting also has its roots in the work done by Joyce Zemans, whose infinitely more methodical and extensive research has offered quantitative data about the careers of female artists in Canada. Taking a more restricted focus, we have collated information on institutional solo exhibitions, as we feel that these shows function as a critical measure of artistic success, a marker of establishment and a necessary step in an established artist’s career.

To gather these figures, we looked back through solo exhibitions held since the beginning of 2013 at a major art institution in each province (in addition to the National Gallery of Canada). Focusing exclusively on living artists, we averaged out the artists, looking for the gender breakdown (men and women), and racial distribution (how many artists of both genders were non-white). The results were predictably underwhelming, as this national average indicates: 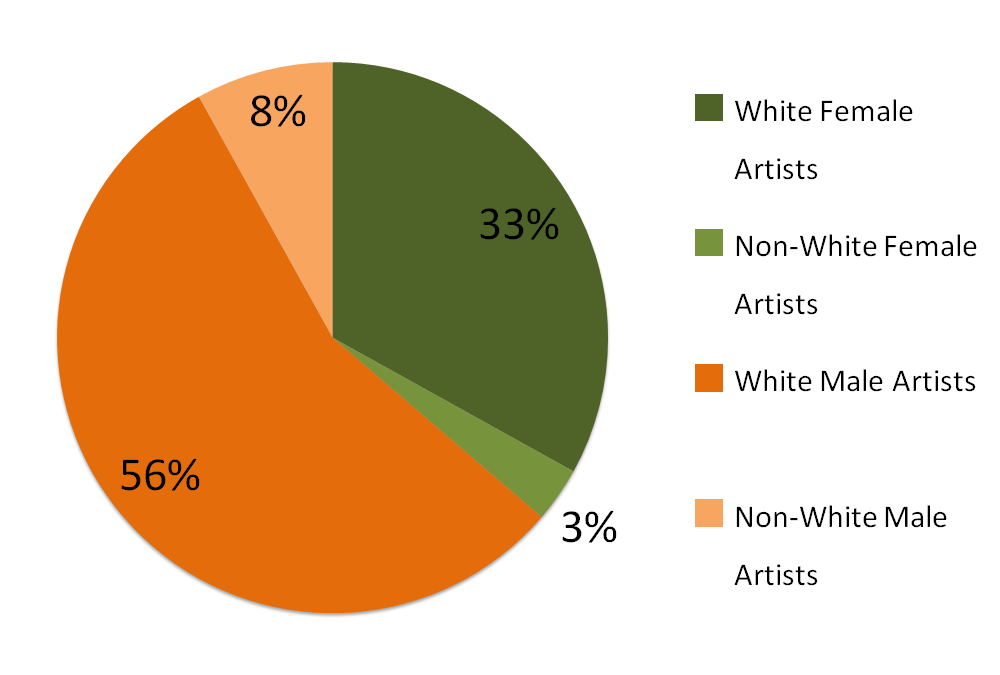 We’re past the point where these kind of statistical analyses are shocking. But they remain necessary, since, apparently, nothing changes. According to the 2012 Waging Culture report, women constitute 63% of living artists, yet they only account for 36% of solo exhibitions at these Canadian institutions since 2013. Between institutions, exhibitions by female artists ranged greatly. At the Vancouver Art Gallery, for example, a mere 15% of contemporary solo exhibitions featured female artists. 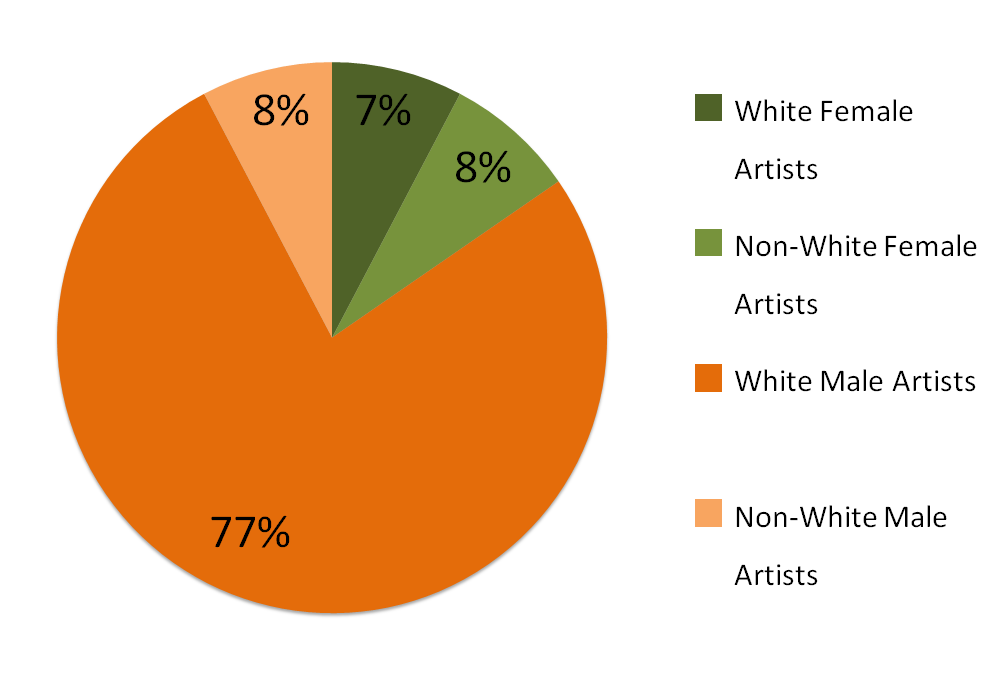 By contrast, at the Art Gallery of Alberta, the Rooms and, especially, the Art Gallery of Nova Scotia, solo shows by female artists were much higher, ranging from 45% to almost 70% of the galleries’ exhibiting history since 2013. The representation of women at remaining institutions hovered around 30%. 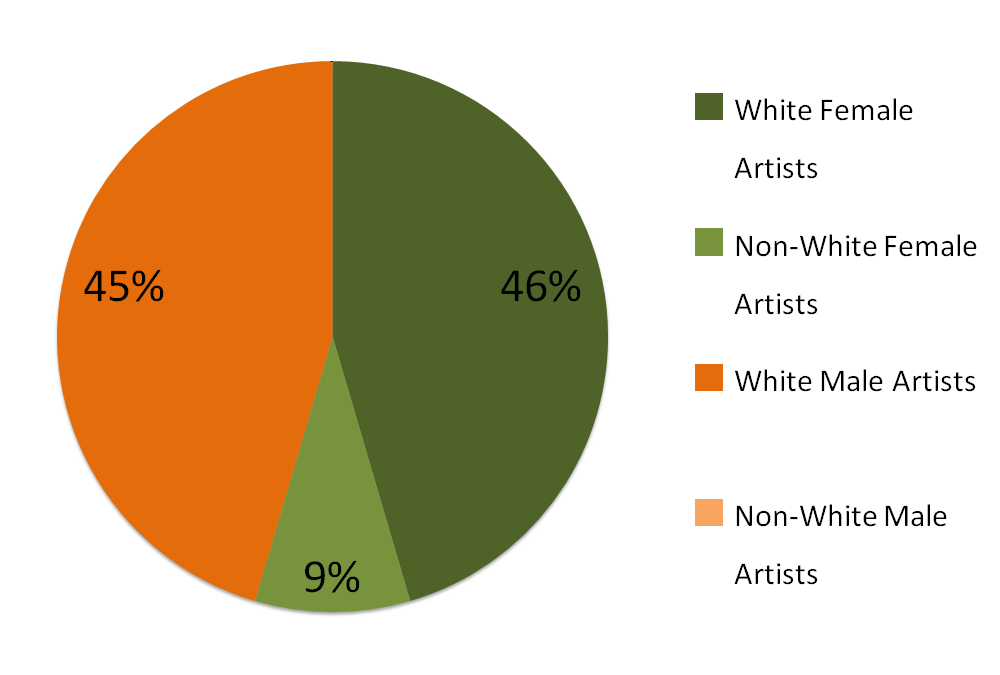 The Rooms, Newfoundland and Labrador 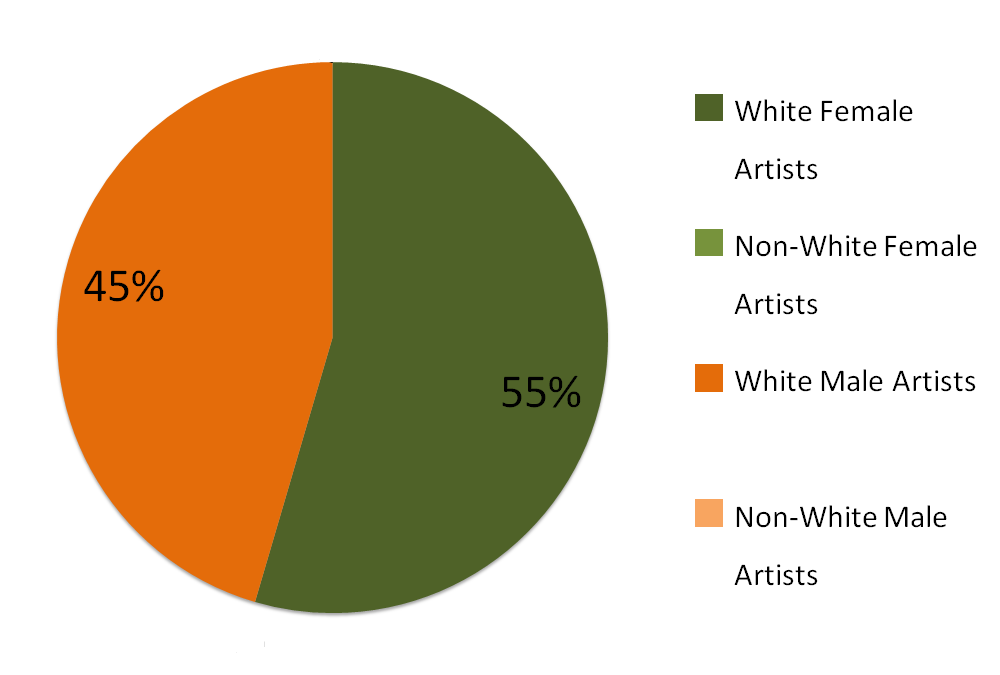 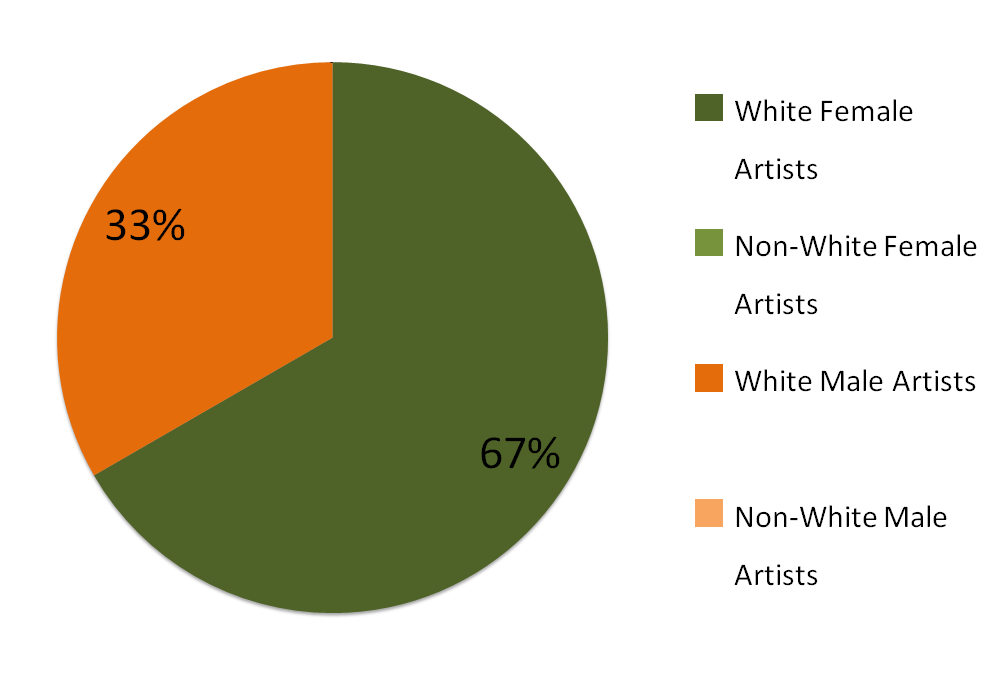 As these charts indicate, similar disparities can be found when breaking down solo exhibitions according to race. Across Canada, 11% of solo exhibitions since 2013 featured non-white artists. This is on par with the figures presented in the 2012 Waging Culture report: around 11.2% of living artists in Canada identify as Indigenous or as a member of a visible minority.

However, while the general representation of non-white artists mirrored statistics of self-identification, the distribution of solo exhibitions by non-white artists was dismayingly uneven. More than one institution failed to present a solo exhibition by a living non-white artist since 2013: the Art Gallery of Nova Scotia, the Rooms and the National Gallery of Canada. As we were sorting through exhibition histories to collate these statistics, it became apparent that Indigenous artists and artists of colour are much more frequently included in group exhibitions, which are, in turn, often focused on the contemporary art production of these demographic groups, an approach that could risk siloing these artists.

When placing artists into these categories, it would be remiss not to mention the entirely traditional model we are employing. We have applied a metric that assumes a cisgender binary—this is limiting, but also reflective of the limited representation in our galleries: no trans*-identified artists appear in our survey because no trans*-identified artists had solo exhibitions in any of these Canadian institutions since 2013. 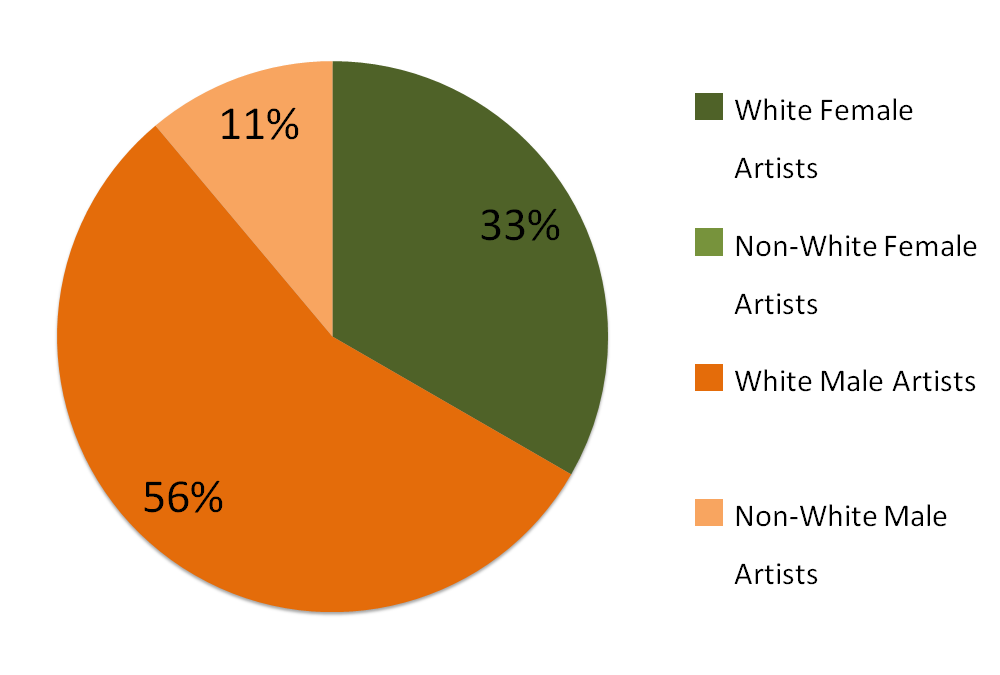 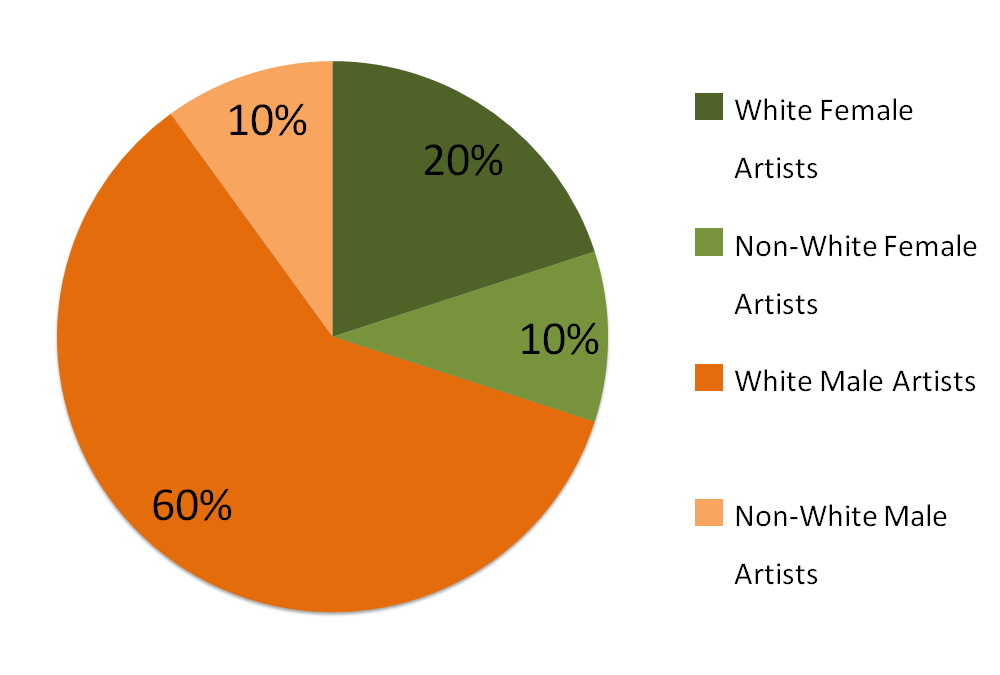 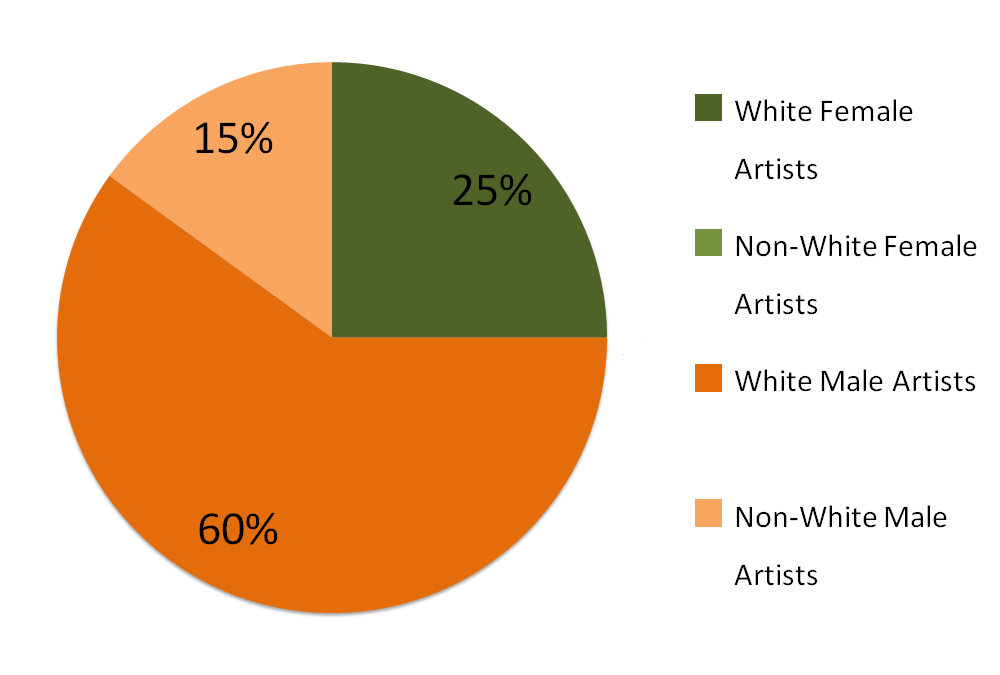 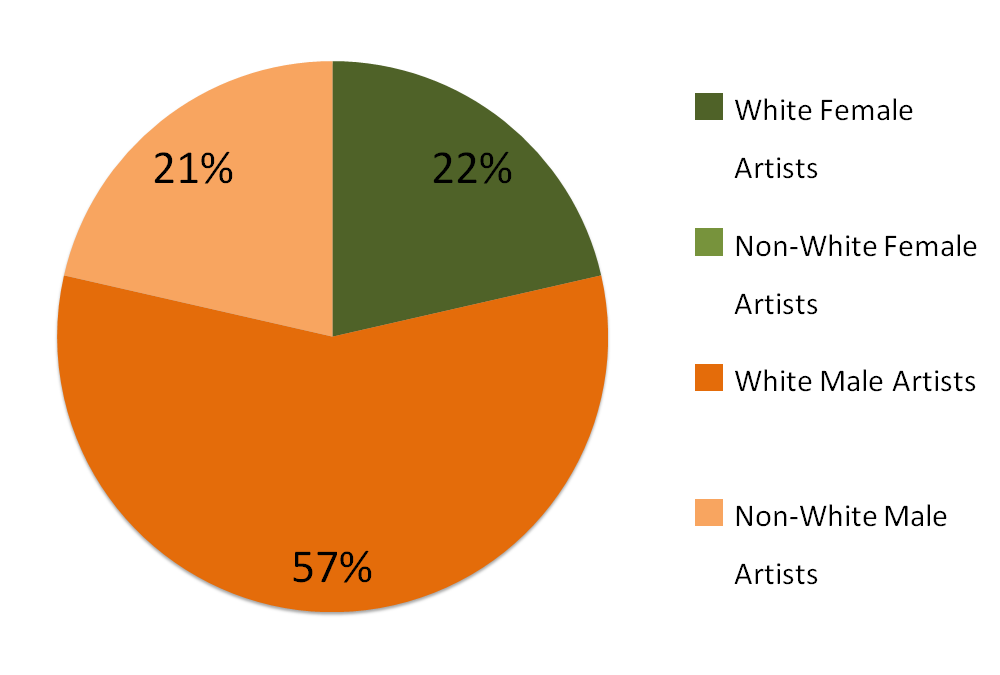 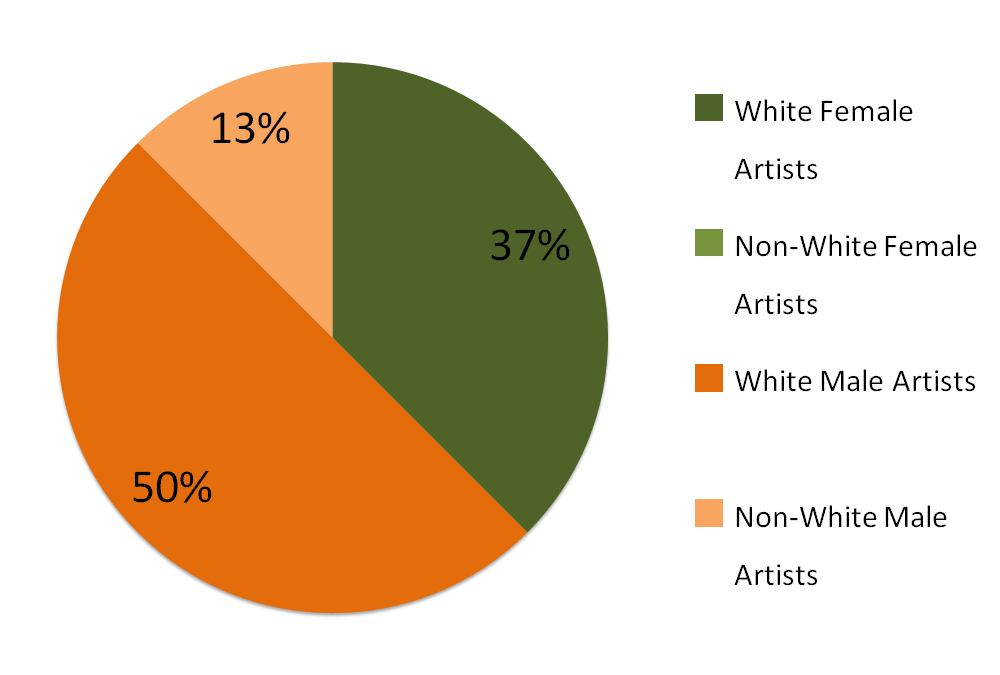 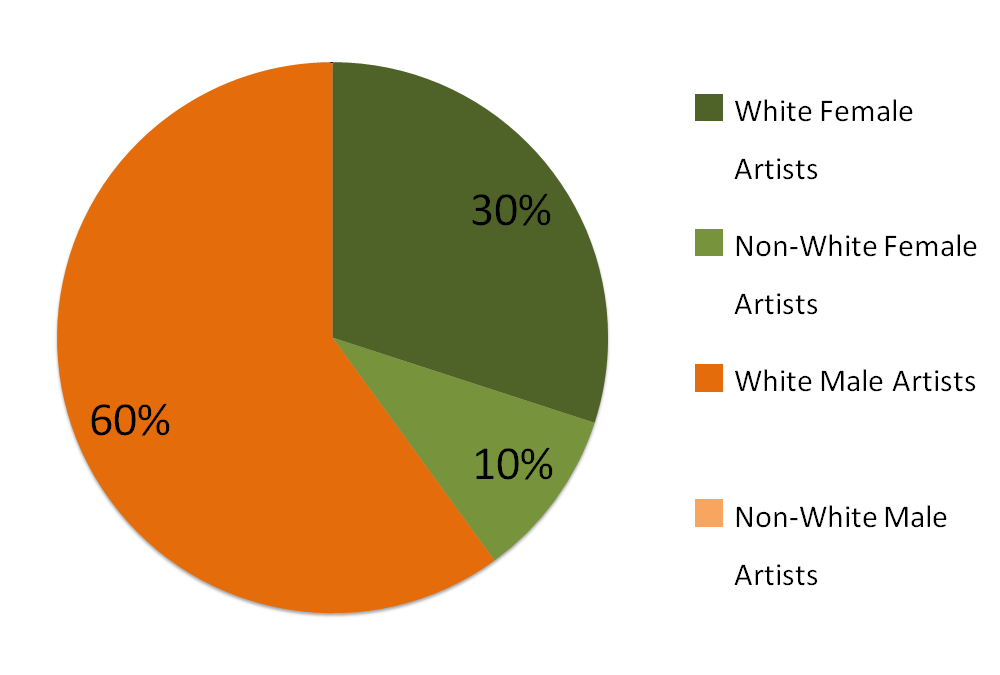 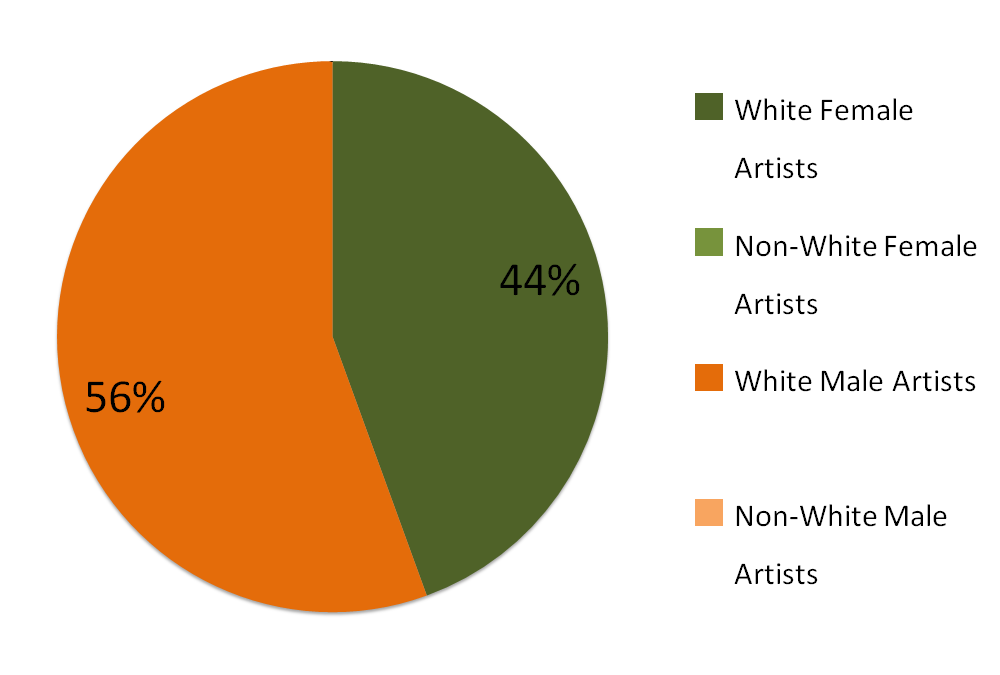