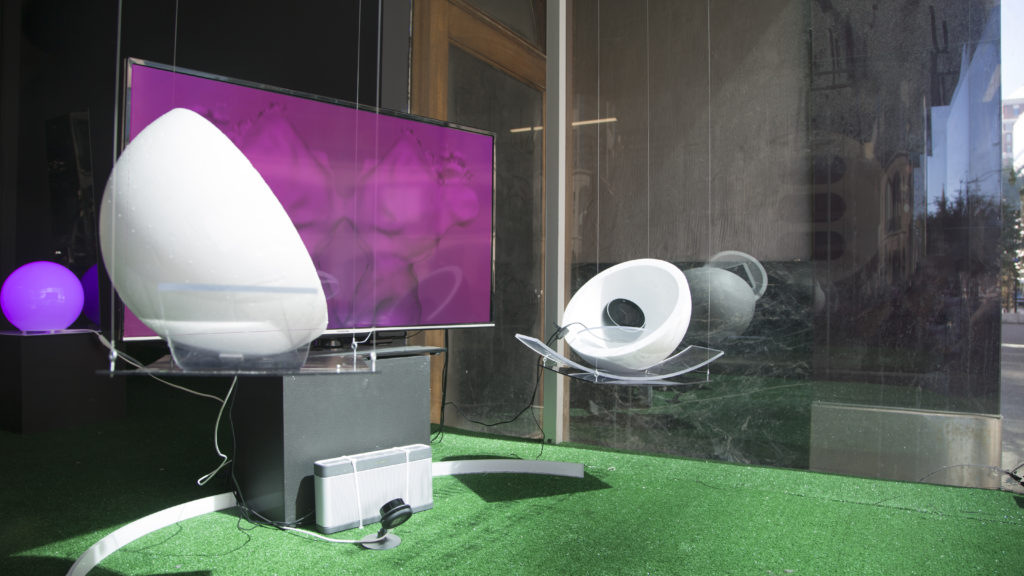 Machine-learning systems obtain incredible amounts of data, with American companies like Google, Amazon, Facebook and Apple owning the most. In the wake of the United States’ recent Net Neutrality Repeal, in which the Federal Communications Commission voted against regulations that would ensure internet service providers distribute services equally, the accessibly of online content will likely diminish and the danger of data disappearing entirely, in accordance with certain government administrations, is real. In the exhibition “#d8e0ea: post-cyberfeminist datum” artist Yvette Granata attempts to predict these imagined disasters, employing the collecting patterns of machine-learning systems to consider how content could be saved and stored offline as a preliminary precaution against artificial intelligence (AI) data emergencies.

A potential result of the lack of net neutrality is that data will become more and more siloed, making it difficult for service providers to seamlessly interact. For example, Amazon’s virtual assistant, Alexa, might not be able to freely access YouTube for you, since Google owns that platform. Responding to this impending dilemma, Granata’s sound sculpture Hello Evie (2018) stages Amazon’s Alexa and Apple’s Siri in Squeaky Wheel’s window gallery and prompts the AI personas to communicate with each other. A third AI named Evie mediates the conversation between Alexa and Siri and studies how their XML voice recognition works.

Evie is the product of a fictional cyberfem design office—an office created by the artist and used to develop new methods of data recognition for AI technologies. Her anatomical form is influenced by Google application programming interfaces (API)’s interpretation of Granata, as well as her Google-search and social-media data history. The concept of Evie flows through the exhibition, and it is shaped by current machine-learning systems to act as a proxy for the user (Granata), harbouring her data and detaching it from her physical dimensions.

Granata’s webVR essay Womxn with a Google API (2018) is projected on the main wall of the gallery, presenting a 360-degree virtual tour of the fictional cyberfeminist design office that birthed Evie—although the virtual view is interrupted with coverage from the Facebook–Cambridge Analytica data-scandal trial. The work speaks to Facebook’s uneasy occupation of the binary between freedom and control, focusing on the contradictory statements of its founder and the data-harvesting activities of the platform.

Overall, “#d8e0ea: post-cyberfeminist datum” forms a contingency plan for an imaginary realm of social intelligence composed of secrecy and cyberfeminist methods of disappearing. Taking cue from the title of the exhibition—#d8e0ea, a hexadecimal HTML colour difficult for Google API to detect—the works suggest how digital camouflage deflects recognition technology and could provide opportunities for protection. Set against contemporary fears of technology, this complex, dystopian exhibition draws from generations of cyberfeminism to imagine attainable forms of digital agency and freedom. In following the history of feminist interventions into technology—a history filled with erasure and endurance—the encryption technologies developed by Granata are not meant for humanity’s deliverance from AI, but instead for our survival. 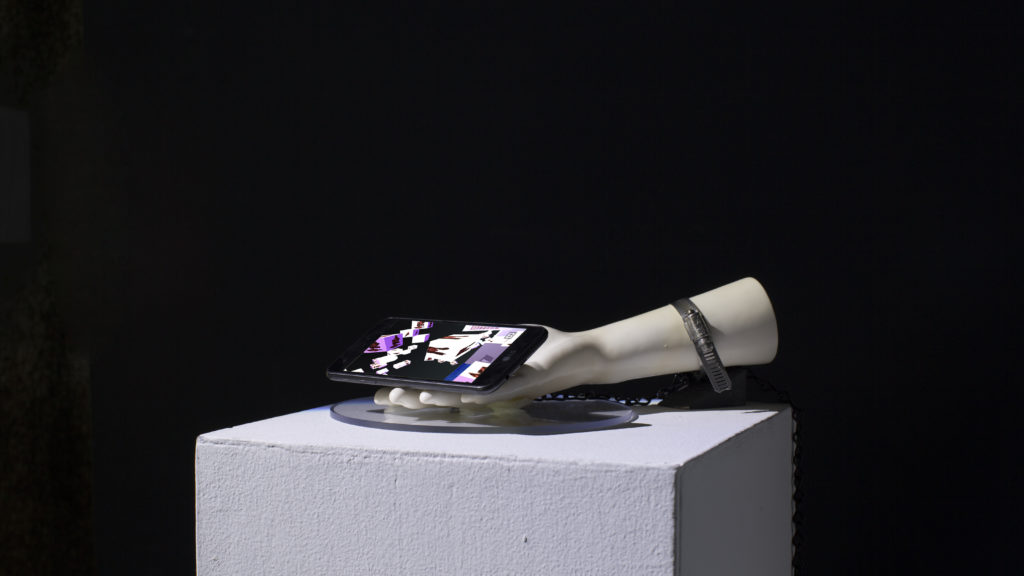 Emily Fitzpatrick is artistic director at Trinity Square Video (Toronto) and a member of the curatorial collective Aisle 4.