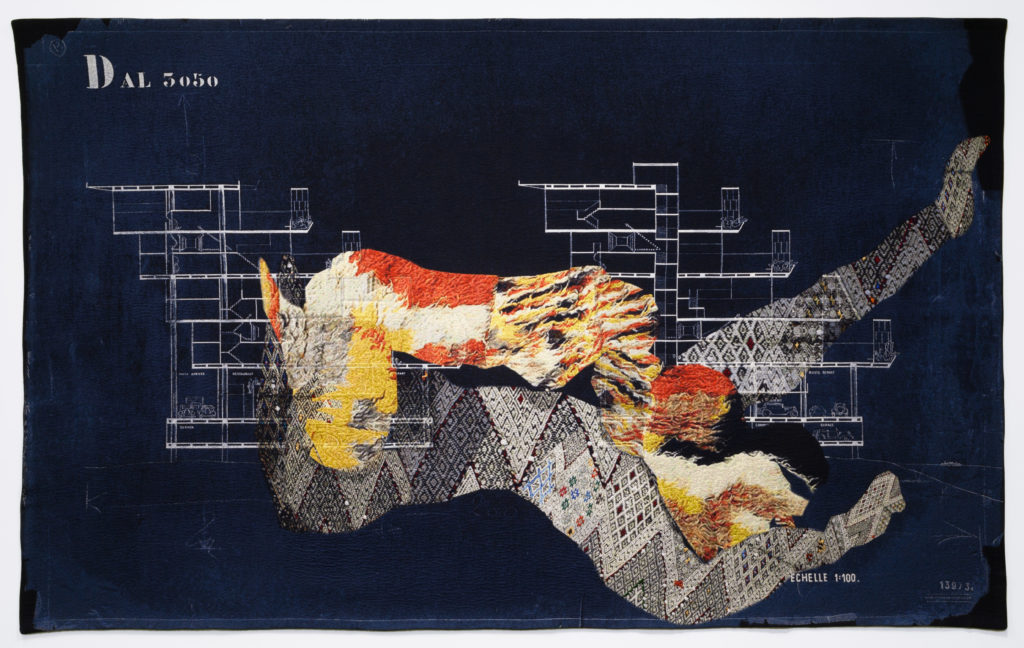 Le Corbusier’s Plan Obus, like his similarly monumental urban architectural designs for Paris and Rio de Janeiro, was a reductionist fantasy. Conceived in 1929 and revised for more than a decade, the unsolicited and unrealized proposal for Plan Obus was intended to thrust the French colonized city of Algiers into the modernist era by creating a megastructure that would span and dominate the existing Casbah.

Throughout “Bomb. Shell.” Bool leverages Le Corbusier’s legacy in order to confront his breed of white male modernism. Weaving together symbols of sex, excess and power, she asserts a political critique whose relevance extends well beyond the confines of the era to the lasting societal and spatial oppression the movement imposed on disenfranchised communities, including women and colonized peoples. She readily accosts modernism’s dominant figures to question the accreditation of their celebrity. Acknowledging that these men will surely remain in the foreground of the modernist canon, Bool has deftly shown that it doesn’t mean those deserving can’t come to the front. 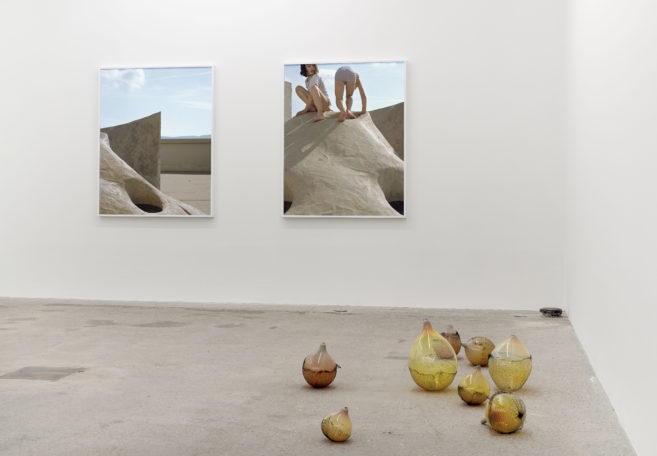