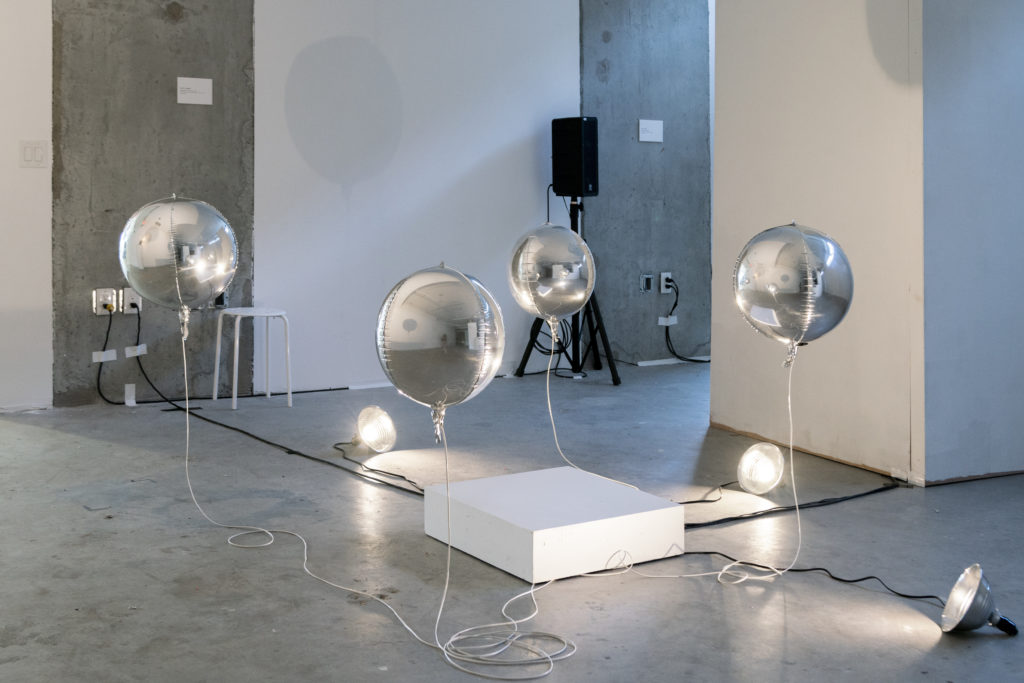 Toronto-based art collective Constellations is devoted to audio art in a myriad of forms. In “Resonant Bodies,” a recent group at the Toronto Media Arts Centre, six artists consider “sonic reflections between bodies and their environments.” The gallery was split in two areas, with three works in both sections.

Cheldon Paterson gathered sound recordings from natural and urban landscapes and spliced and remixed them for his audiovisual diptych, Transport Station (2019). He paired the audio with vibrant visuals of the Toronto subway and parks turned into kaleidoscopic wormholes.

Projected through three sheets of translucent, iridescent cloth, Chandra Melting Tallow’s audiovisual installation Protect Me From My Protector (2019), an ode to the highs and lows of love, trauma and the cycle of abuse, stood against the adjacent wall. Grainy and distorted sound and pulsating bass matched a figure moving languidly in and out of the frame followed by sudden erratic bursts.

The light from Paterson’s video shone over Melting Tallow’s—his bright, frenetic renderings bleeding into their intimate, sombre projections. Meanwhile, sounds from other projects echoed throughout the space, creating, for me, a jarring and distracting listening experience. The sensitive nature of Melting Tallow’s work was offset by louder sounds coming from other works that pulled me away from the immediacy of the video installation.

Constellations collective member Michelle Macklem, who co-curated the show with Jess Shane, quotes Walter Ong’s Orality and Literacy in the exhibition text. “Sight isolates, sound incorporates,” Ong writes. “Whereas sight situates the observer outside what [they view], at a distance, sound pours into the hearer.” Perhaps it was too much pouring in at once.

I don’t know if it was Macklem’s intention or if logistical constraints prevented the works from being shown in isolation, but audio art doesn’t work for me in a big white box. Transport Station would be much more compelling in a small dark room than floating in the middle of a large white wall with headphones attached to the opposite wall. Of course, in Toronto, ideal art spaces are scarce. There’s a need for more galleries that aren’t alienating, cavernous rooms with high ceilings.

In an attempt to counter the openness of the main room, Phoebe Wang built a makeshift wall that separated her installation Isn’t it lovely? (2019) from Melting Tallow and Paterson’s works, but was also a part of the work. The ambitious feat was worth it. Isn’t it lovely? requires the audience to leave the familiarity of “the white-walled gallery” and enter an isolated environment of plush carpet, blush tones and dim lights. The installation presents itself as a sanctuary only to become increasingly unsettling as the audio descends into multilayered cacophony. Through the din, a voice asks: “Why choose to keep going in a world that is not built for you?”

For an audio-focused exhibition, it seemed a great effort was made to include unexpected materials. The carpet in Wang’s installation begged to be felt and sat on. Melting Tallow’s gauze-like fabric created a haunting, eerie scene. For Singing on the Line (2019), Aliya Pabani turned silver balloons into speakers. At the gallery entrance her work and Jon Tjhia’s Thing-Like (2019)—a four-channel audio installation—played on a loop rather than simultaneously together, an attempt to prevent noise overlap that perhaps could have been used throughout the exhibition.

In September, the pieces will be shared online through podcasts and other mediums and I’m interested to see how they translate. Ultimately, “Resonant Bodies” affirmed that audio art is a great motivator to get people to experience works in person.

I just wish they were given a little more room to breathe. 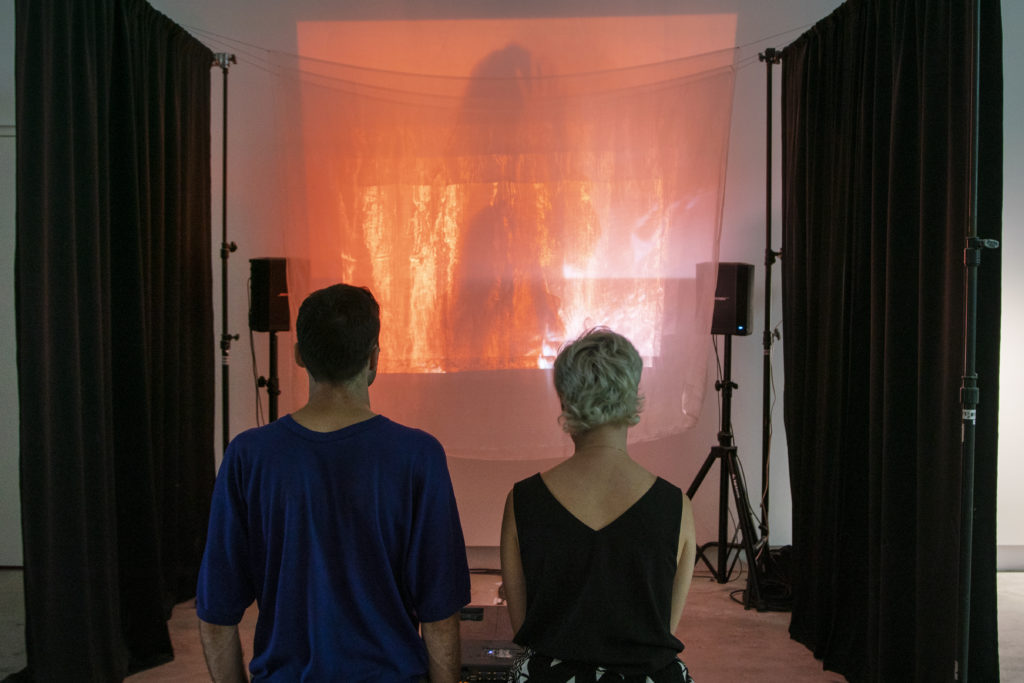