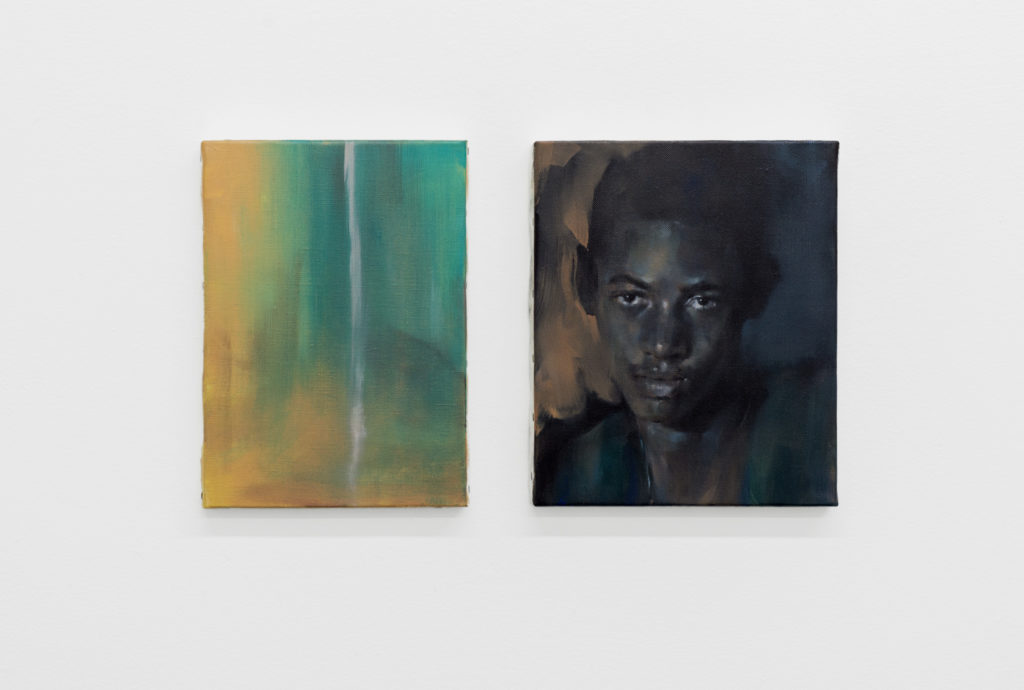 Pan, the Greek god of the wild, of herds and shepherds, a friend of nymphs, part man, part goat, is often a symbol for the eroticism and fertility associated with the coming of spring. In the 19th century, for the Romantics, Pan further symbolized a return to naturalism. His hybrid form enables him to collapse the distinctions between animal and human, self and other.

Pan makes a fitting appearance in Paul P.’s recent solo presentation “Slim Volume” at Queer Thoughts, New York, with the series Untitled (Pan with Bear Cubs 1–3) (2019). This triptych is rendered in ink on paper, depicting Pan in profile and as if being exposed in the act of mischief. His hand is articulated in some kind of apt faggy gesture cajoling the drawing’s undefined ground toward him. Pertinently these drawings were produced onsite while the artist visited Emmanuel Frémiet’s sculpture Pan et oursons (Pan and Bear Cubs) (1867) at the Musée d’Orsay in Paris. The original sculpture erotically portrays a childlike Pan outstretched on his stomach playfully feeding honeycomb to a pair of bear cubs. The sculpture, much like the drawings, implicates the viewer as voyeur, looking down from above onto the subject’s youthful musculature, positioning a distinction between dominance and submission, from top to bottom.

Pan seems a fitting herdsman for the artist’s collected coterie of adolescents also on exhibit. In contrast to his abstract studies of Venetian light, Paul P.’s small paintings often consist of portraits of youthful men, eyes downcast and eerily vacant, on the cusp of consciousness as if caught in the hazy abyss of an early morning K-hole. The artist sources imagery from The ArQuives (formerly the Canadian Lesbian and Gay Archives) in Toronto, photocopying pages from retro gay erotica characteristic of an era of proposed homosexual frivolity. He excises his subjects from dusty volumes of printed pornography and brings them into an anachronistic existence alongside the luminosity of backlit, high-definition images today. These thirst traps of a lost generation evoke the seductive prowess freshly gleaned from the subjects’ private interrogation of their beauty, where they’re both aware of and implicated by their seductive power. 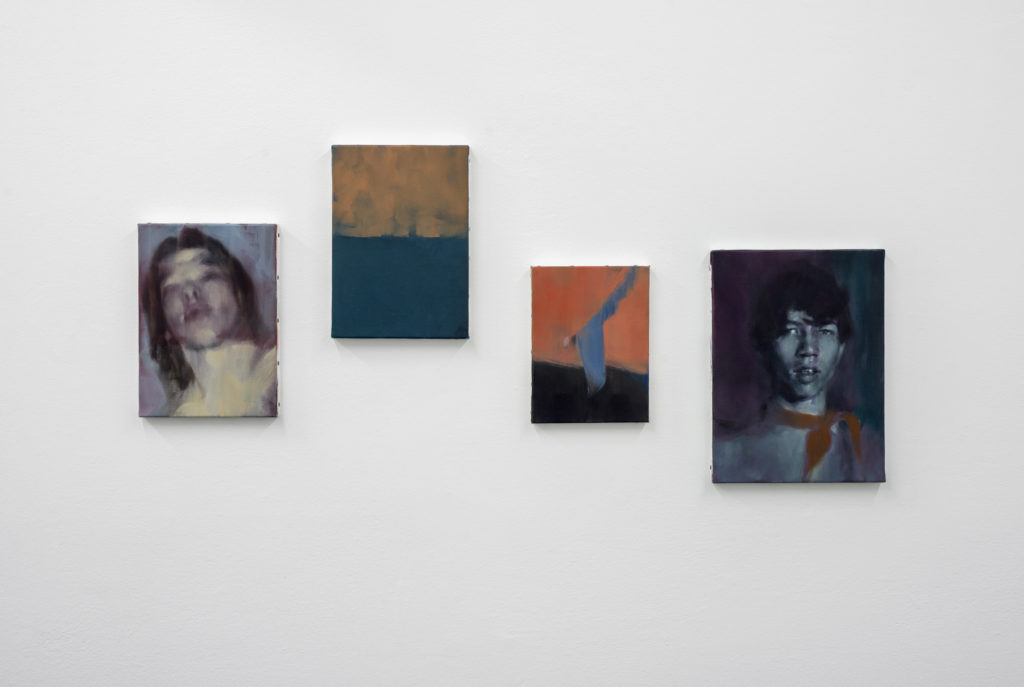 The archive is considered a mode of generating LGBTQ2+ familial lineages outside of the procreative genealogy of heteronormative couplings. These boys, in a total of five portraits intimately executed in oil on linen (all Untitled from 2010 to 2019), are culled from an era of promised sexual liberation situated between the Stonewall uprising and the advent of the AIDS crisis in the early 1980s. Rendered in a Romantic style akin to Whistler, Sargent or Gluckstein, P.’s portraits seem designed to live beyond the history of their subjects’ ill-fated youthfulness.

Central in the exhibition space is the sculptural work Rex Prisms (2016), an ash wood furniture set of stool and folding screen. The coupling evokes the notion of artist and subject; the seat in relation to the loose-latticed screen provides a division with little opacity. This sculptural work, evoking slender art deco geometry, enables the artist to scrutinize their subject while supposedly keeping them at a distance, blurring the definitions of each position equally.

Although P.’s subjects may further the objectification of the twink body as a vacuous vehicle for the promotion of youth and normative beauty, “Slim Volume” offers a welcome respite from the hypernormalization of gayness through capitalist industries. In its stead P. considers the poetic space of failure in idealizations of the past and one-way artistic, and erotic, infatuations. The artist offers an appraisal of his own melancholic relationship to the romanticization of history by enacting it. The past is positioned as both a fertile site for sexual liberation, enveloped in a return to Romantic interpretations of beauty, all the while unable to predict the devastation on the horizon. P’s exhibition attempts to represent a fleeting utopia by spanning disparate historical periods, which through the artist’s blue-tinted lens, collapse neatly into one elegantly slim volume. 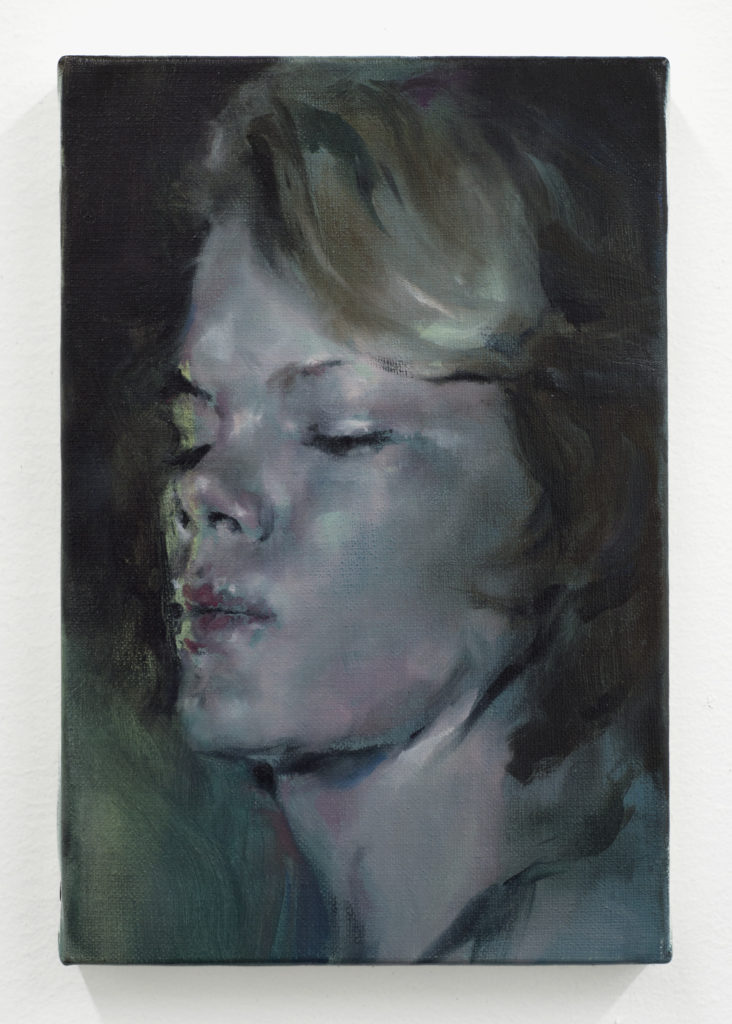 Alex Turgeon is an artist from Canada.