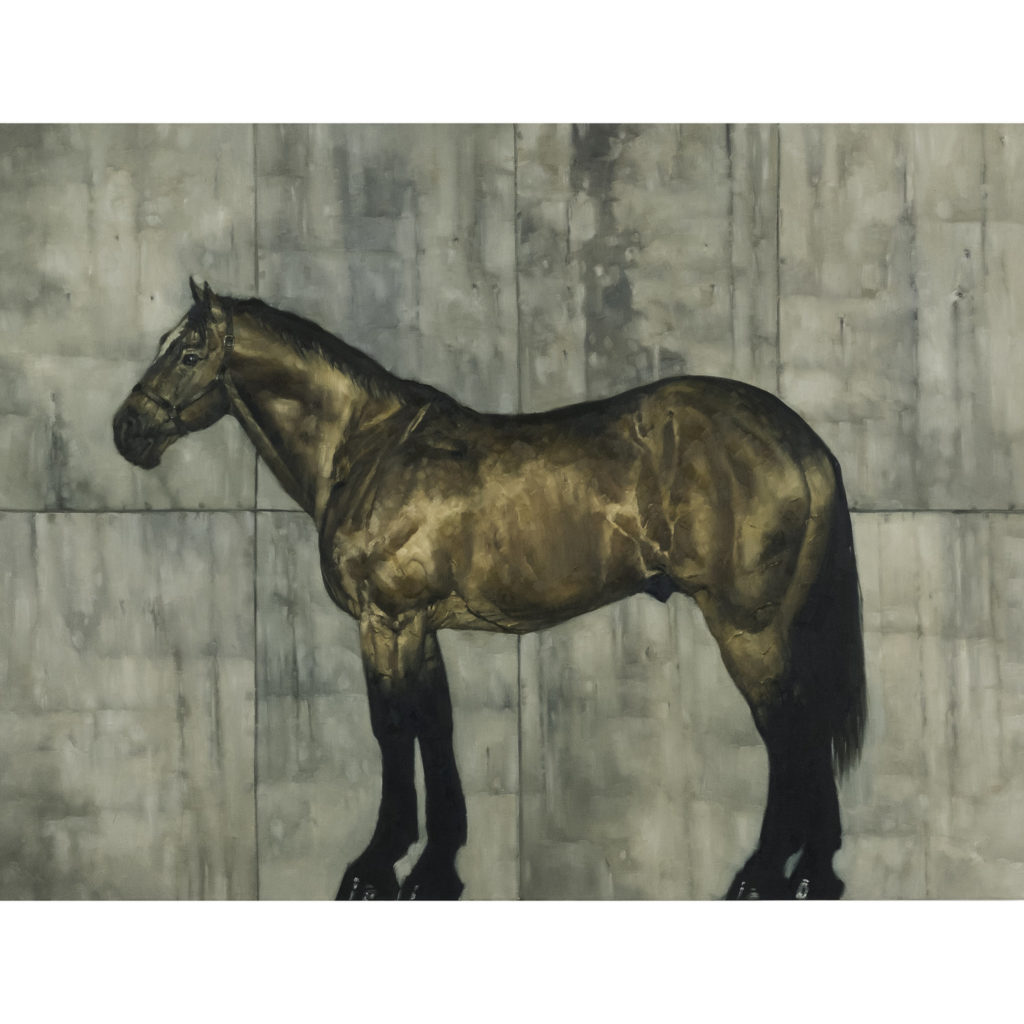 Power, dominance and strength are attributes often aligned with the depiction of horses throughout Western art history—yet rarely does an animal embody these traits freely. Rather, it’s humans who have imposed certain functions upon them, using horses for transportation, entertainment, military assets or status symbols—and to exemplify physical and political dominance on behalf of their owners.

In “Horsemanship,” Jared Peters uses oil painting to explore the power dynamic central to the domestication of animals for human use, and how this authority manifests as an artistic convention. The horses he paints, nameless and still, stand in profile within what appear to be refined interior spaces: luxurious tiles surround an Appaloosa, while a Quarter horse stands in front of a chair rail, dwarfing the human-scale architecture. Each horse wears a bridle, implying a looming human presence even in the absence of a saddle or rider. The displacement of the animals into these human-made environments suggests how they have been fractured not only from their natural habitats but also from the animal instincts and innate freedom that humans have appropriated and capitalized on through art.

In Western art history, the horse and rider came to symbolize conquest and power, particularly in Renaissance depictions of war. When equine sports were popularized by the Tudors and horse ownership became a measurable marker of prestige and wealth, painters were often invited to events to produce works of the celebrated specimens. Because oil paintings and horses were assets reserved for the dominant classes, the combination became a common format for asserting social status.

In his research, Peters reflects on the patriarchal affiliation of these animals. He leverages the conventions of oil painting and horsemanship, both traditionally gendered male, to expose lasting biases in Western art and culture. By building his subjects using composites of photographic source imagery, the works harken back to the masculine ideal of the Renaissance, or to highly stylized or exaggerated portraits of men in power—the kinds of painting uncritically deemed “high art.” In drawing out the complexity of this pictorial convention within the Atlantic Canadian context, where landscape and livestock remain common subject matter, Peters probes at audiences who often reject work outside these customs. Jones Gallery is proving to be the ideal platform for this kind of scrutiny. After only two exhibitions they have secured themselves as the only commercial gallery in Saint John exclusively exhibiting curated solo exhibitions by professional Atlantic Canadian artists. In framing commercially viable, accessible imagery critically and animating their openings in novel ways—in this case covering part of the gallery floor with sod—they are fostering an art space that is celebratory and inviting, yet distinctly contemporary.

When I overheard attendees at the opening reception choosing their favourites based on the painterly articulation of the horse’s musculature or the aesthetic qualities of the interior space, I knew Peters had succeeded. The horses, although sensitively and respectfully treated by the artist, were still specimens, and the audience was there to claim ownership. While these horses were not bred for sport or battle, they were strategically assembled to serve a social and political function in a modern context—reminding us that prejudices toward status and convention are not as far in the past as we imagine. 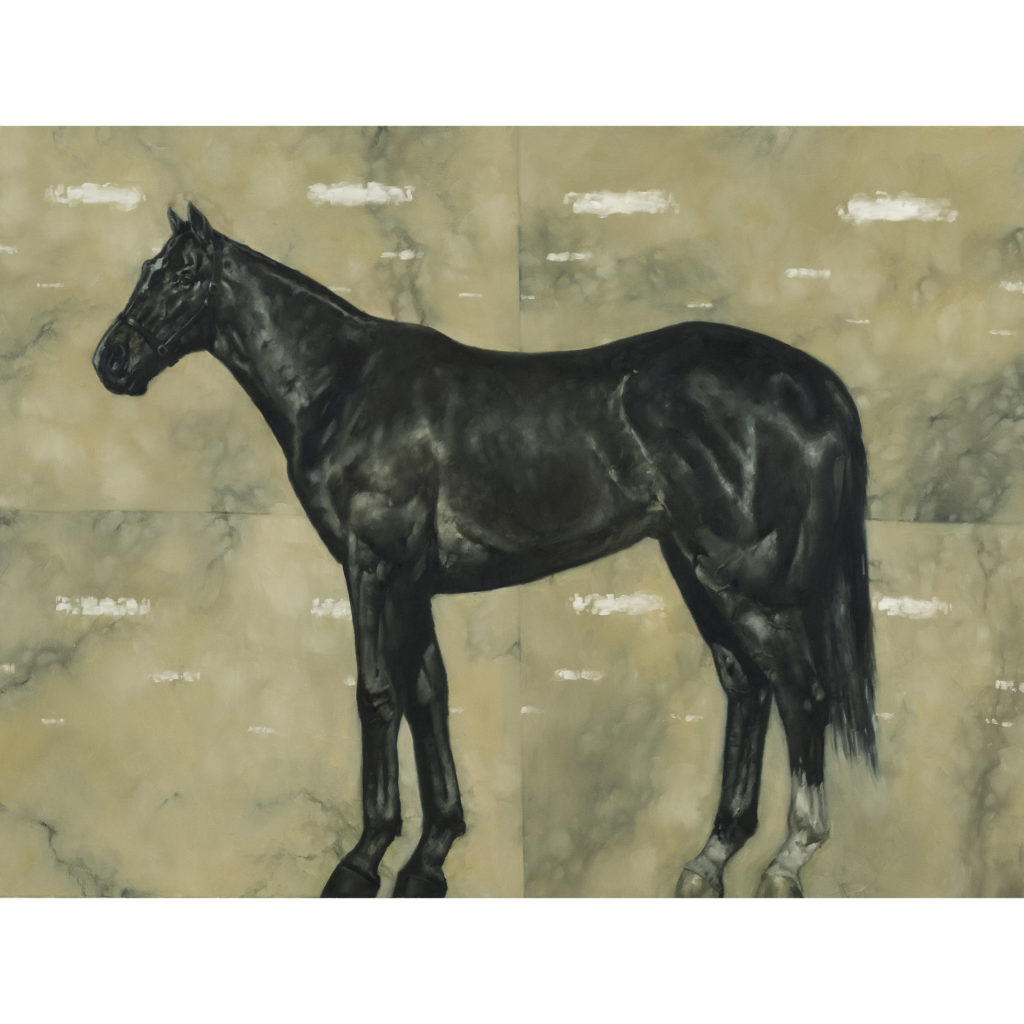