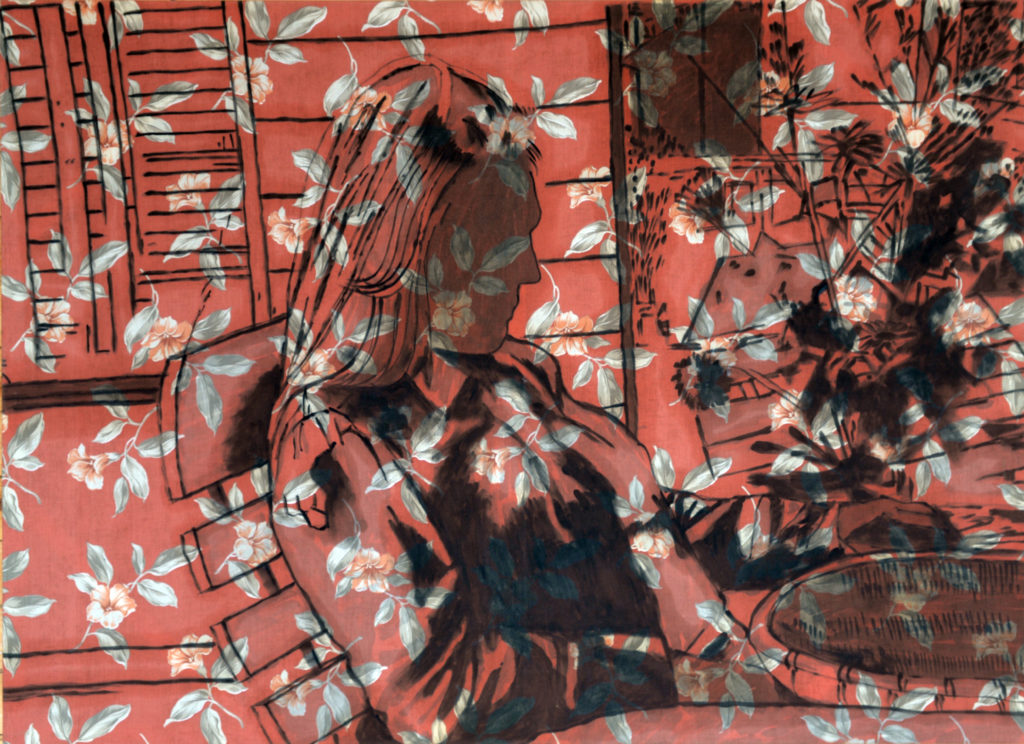 Standing amid the work of Herménégilde Chiasson you know that there are angels in the woods and suspect that Evangeline never really left the green fields of Acadie. Chiasson has been shaped by an idea, the idea of Acadie—and Acadie, the cultural homeland of the Acadians, has been shaped by Chiasson in his 50-plus year career. He went to school in Moncton, was one of the first cohort of graduates at the new Université de Moncton, and was among the first generation of Acadians who could study contemporary art in their community and in their language. He finished his studies in Paris, at the Sorbonne, and returned to New Brunswick, where he has lived and worked ever since.

“Herménégilde Chiasson: Depuis 50 ans/For 50 Years” is both an archive and a retrospective—50 works, one from each year of his career, beginning in 1967 and continuing until 2016. From his earliest paintings to his newest drawings and prints, Chiasson’s restless, probing intelligence is on full view in this hybrid project. Laid out chronologically, the exhibition is as much a history of the Acadians’ cultural renaissance as anything. Posters for films, performances and plays interrupt the picture of Chiasson as a prolific image maker, whether in painting, printmaking or drawing. Directing other people’s stories, making documentaries about cultural figures such as Jack Kerouac and depicting the changing and expanding universe of the Acadians for five decades, Chiasson is also looking closely at himself and his place in the world. Angels and Evangeline seem to the haunt the forests and glades of his imagination, fitting for this chronicler of a place that is both dream and reality, a home and an aspiration.

With a practice rooted in the high-modernist theories of conceptual art as much as in the folklore of a resurgent people, Chiasson’s diverse art is no simple paean to a culture nor an uncritical celebration of a renaissance, though it has elements of both of those. If his art is any one thing, and it is difficult to ascribe any singularity to a practice that incorporates poetry, plays, performance art, painting, printmaking and filmmaking, then perhaps that one thing is a portrait, of a person, indeed, and of a people and a place.

Ray Cronin is a writer and curator living in Nova Scotia. He is the founding curator of the Sobey Art Award, and the author of books on Mary Pratt, Alex Colville and Gerald Ferguson, as well as numerous articles, reviews and essays for art magazines and exhibition catalogues.