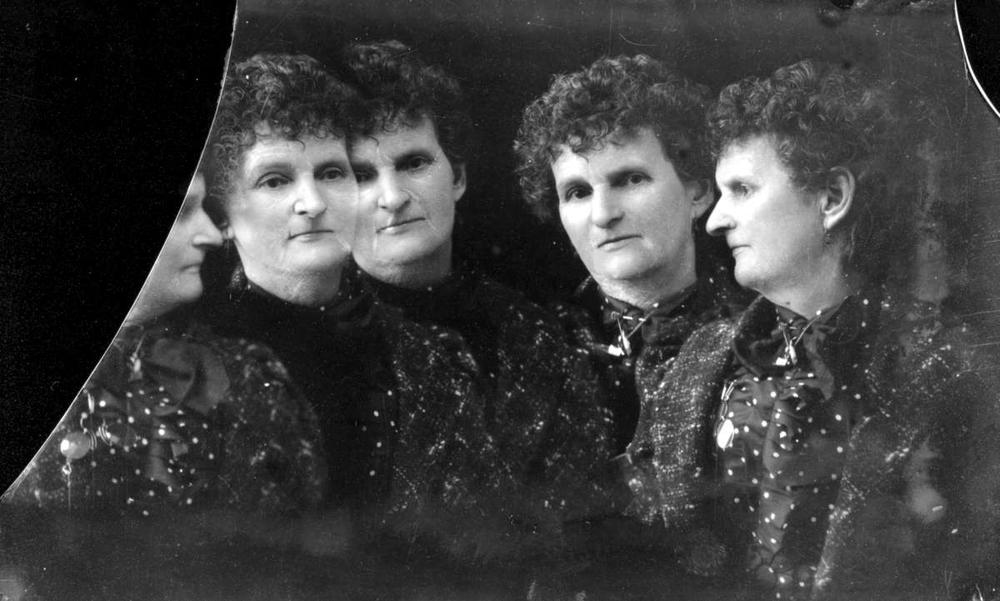 Hannah Maynard, A multiple exposure self portrait by Hannah Maynard, 1890. Scan of original glass plate negative. Courtesy of Royal BC Museum and Archives.

“Fulhame’s Map” at the Nanaimo Art Gallery is named for the scientific work of Elizabeth Fulhame, an 18th-century Scottish chemist who experimented with light-sensitive materials. An introductory panel in the gallery acknowledges Fulhame’s contribution to the development of photographic processes, pointing to her 1794 essay “An essay on combustion, with a view to a new art of dying and painting,” where she describes geographical maps made using silver and gold chemistry. The exhibition provides regional historical context on this issue, too, through the inclusion of “trick” photographs by 19th-century British Columbia photographer Hannah Maynard.

Created in Victoria a century after the publication of Fulhame’s essay, Maynard’s 1880s and 1890s multiple exposures are both ghostly and deadpan. In one such image, a frocked Maynard sits for tea with her duplicate, while another figure extends beyond the frame of a wall-mounted portrait behind them, spilling the contents of a teacup from above.

The contemporary works in “Fulhame’s Map”—all made by women artists connected to Canada—emphasize analog processes. Three recent pigment prints from Jessica Eaton’s ongoing cfaal series are precise, in-camera compositions that use multiple exposures, masking and filters to explore bright colours and boxy forms. To see the entire exhibition, visitors must pass through two sets of Nicole Kelly Westman’s poetry-embroidered curtains—the curtains, titled faux light falling on drawn drapes (2018), are actually photos printed on silk, and the images are of light filtered through a cucoloris, itself an outmoded device for casting shadows. Allison Hrabluik’s video This is the Way They Make Us Bend (2013) is a black-and-white stop-motion animation that maps the choreographed movements of a grotesque paper doll—all headless torso and legs—while a brittle track gives sound to the creature’s shuffle, which is choreographed by Claire French.

This audio from that piece mixes with Fabiola Carranza’s whispered script—part of the installation Frankincense and Flora (2018) for which the artist used an 18th-century image-rendering machine, the physionotrace, to draw objects associated with Autonomous Sensory Meridian Response or ASMR—a tingling sensation triggered by auditory or visual stimuli. In Sara Cwynar’s Soft Film (2016) a voice recites a wandering, overlapping script to a visual montage of studio setups, re-photographed scenes and screen captures. Overall, “Fulhame’s Map” invokes science and spirit through modes of image production and its surrounding language, amounting to an audiovisual incantation with both pleasurable and hair-raising effects. 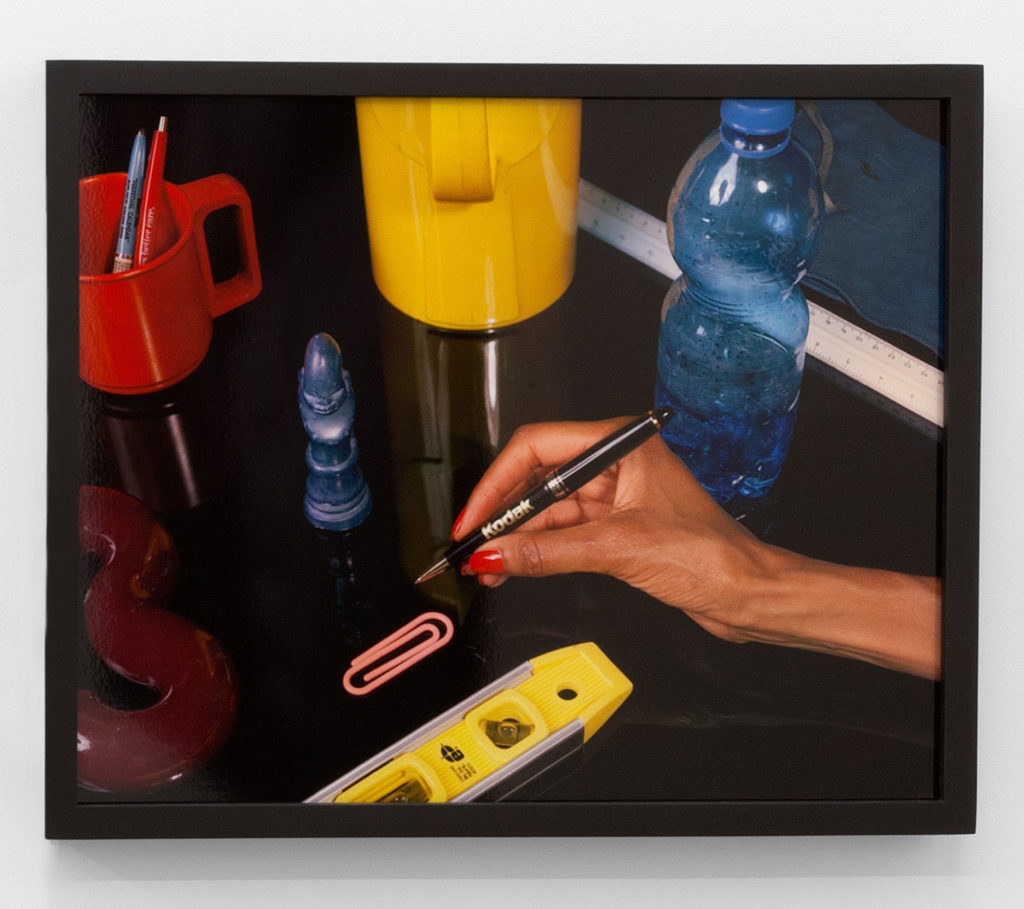