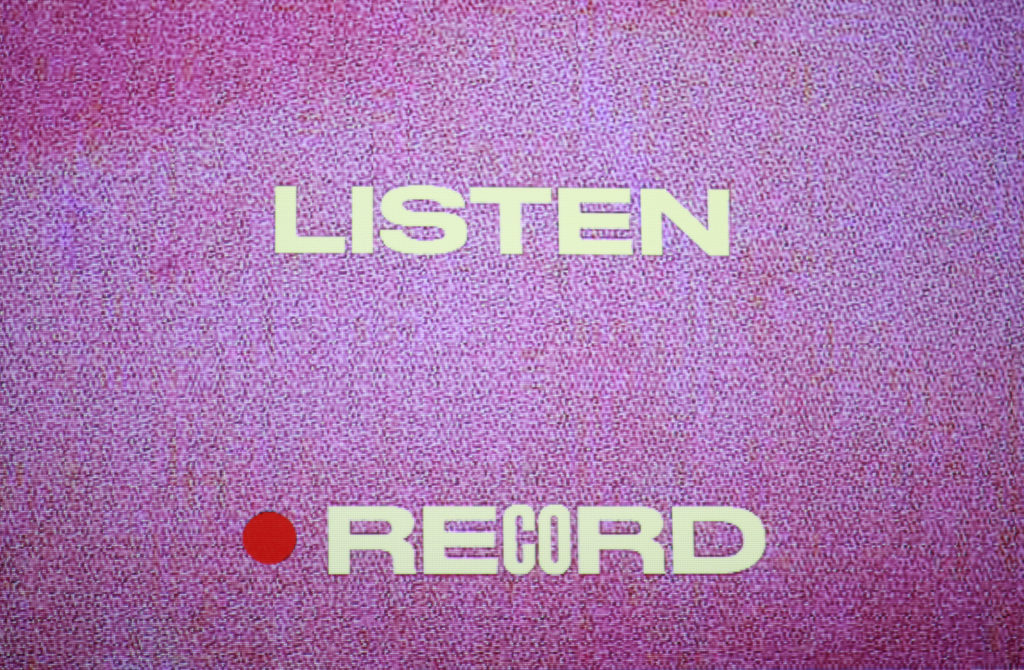 Over the past decade, Montreal project space Eastern Bloc has built a reputation as a platform for risk-taking media-art practices by Canadian and international artists. Its current exhibition, “Amplification,” curated by founder and former director Eliane Ellbogen and former co-director Martín Rodríguez, takes stock of that work with commissioned projects by 10 artists that Eastern Bloc has supported in the emerging or early phases of their careers.

All of the works on view pair invited artists with pioneering Canadian artists of their own choosing whose practices have often pushed the boundaries of technology and perception. Erin Gee’s laughingweb.space (all works 2018) is at once an act of defiance and a gesture of hope by and for survivors of sexual violence—an “internet-based laugh-in” where survivors record the sound of their laughter into an online portal—a nod to Cheryl L’Hirondelle’s ground-breaking net.art series, which opened space for new types of community discussions online. The project is intimate and poignant, with a single microphone and screen projection installed inside the gallery’s tiny black box. Sending a clear message of belief in survivors, and of solidarity in the face of internet trolling, laughingweb.space states proudly “Je suis avec toi / I’m with you.” Sofian Audry collaborated with Monty Cantsin? (a.k.a. Istvan Kantor) to create The Sense of Neoism?! An Infinite Manifesto, an interactive language-generating machine that embodies the spirit of Neoism, a loose, international, countercultural art movement initiated by Kantor in 1979. The viewer interacts with the work’s sculptural black box by connecting and disconnecting jacks, which in turn generate phrases. Erin Sexton’s for MS was inspired by Michael Snow’s longstanding interest in inter-dimensionality, sculpture and alternative modes of perception. Using paracord, tarp, tape, fish bait and other everyday materials to create minimalist, suspended sculptures, Sexton’s installation explores positive and negative space in relationship to each other. Craig Fahner and Matthew Waddell build on Catherine Richards’s early virtual-reality experiments to create Deep Solutions, an intimate VR experiment that isolates the viewer in a DIY Faraday cage to navigate the dark web.

Other projects in the exhibition include Sabrina Ratté and Roger Tellier-Craig’s video and sound installation Charges, which draws on the video work of Jean-Pierre Boyer, the inventor of the “boyétizeur anamorphique” (1974); Adam Basanta’s sound installation Persistent Teenage Gestures, inspired by the site-specific audio works of Janet Cardiff and George Bures Miller; and Jennifer Chan’s video installation, UX For Cats (a collaboration with Cat Bluemke, Jonathan Carroll and Ben McCarthy), which builds on Emily Vey Duke and Cooper Battersby’s empathic art projects for animals. Lastly, Darsha Hewitt’s Shimmer Generator is a photographic work based on the inside of the Sideman 5000, an early drum machine. The work references Doug Back’s interest in vintage and obsolete technologies.

Instead of simply looking back into the archives, “Amplification” demonstrates how a retrospective exhibition can also be a procreative opportunity. It’s a moment to reflect on the enduring influence of works by Canadian media artists since the 1960s while imagining future interdisciplinarities. Eastern Bloc is an organization that has carved out a niche for itself in Montreal’s digital arts scene by consistently presenting difficult work that doesn’t fit into any given box—think harvesting sound from crystals as performance art or a noise show featuring a man using a grinder on an amped microphone. Given this unorthodox history, it could be argued that “Amplification” is a rather safe exhibition, presenting works by artists that now have a following outside of the one built by Eastern Bloc. It would have been nice to see input by emerging artists still on the fringes of what we expect to see, the real bread and butter of Eastern Bloc’s activities. In spite of this, “Amplification” extends an arm out towards those that might have shied away from a space devoted to experimental programming. 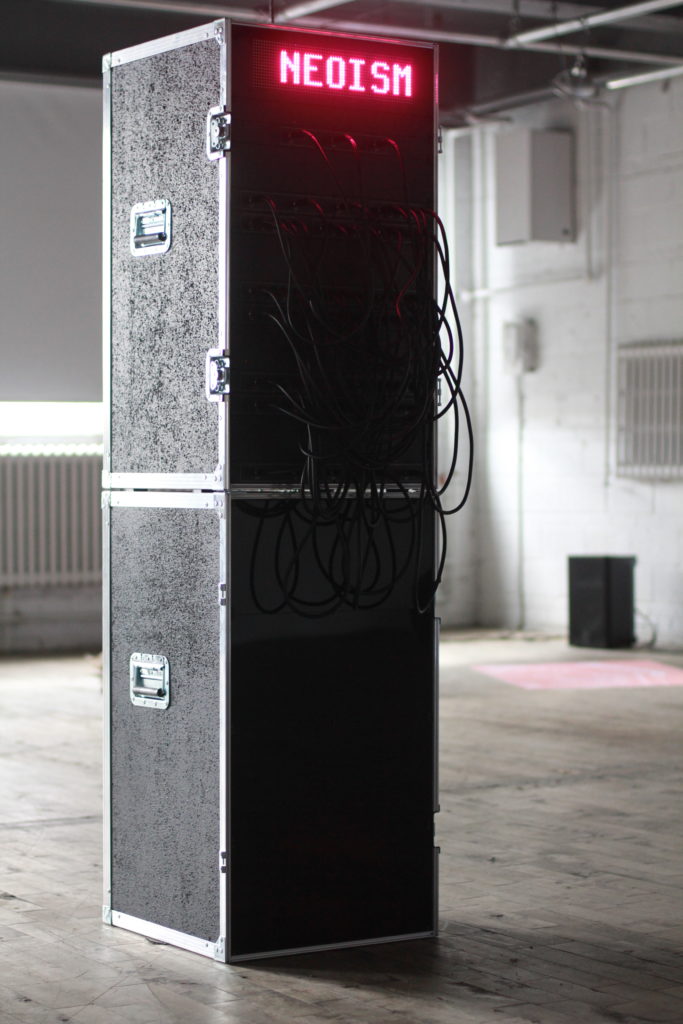 Amber Berson is a writer, curator and PhD candidate studying artist-run culture and feminist, utopian thinking. She recently curated "Utopia as Method" (2018); "World Cup!" (2018); and "The Let Down Reflex" (2016–18, with Juliana Driever). She is the Canadian ambassador for the Art+Feminism Wikipedia project.

10 Artists Who Are Taking Care

From our Winter 2018 issue, themed on “Care and Wellness”: Strategies of wellness in a selection of emerging art practices 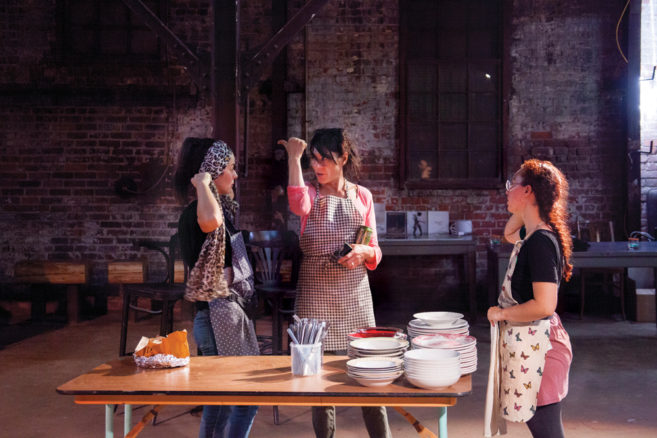 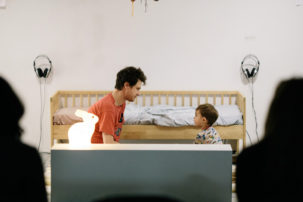 Does your local art gallery provide child care? Can a kid's bedtime routine double as performance art? A new exhibition tests these questions, and more. 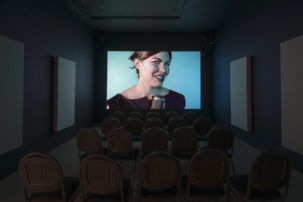 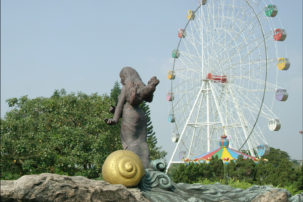 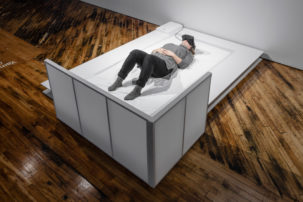