The Alberta College of Art and Design is eliminating the curatorial position at the college's renowned Illingworth Kerr Gallery, to the dismay of many. 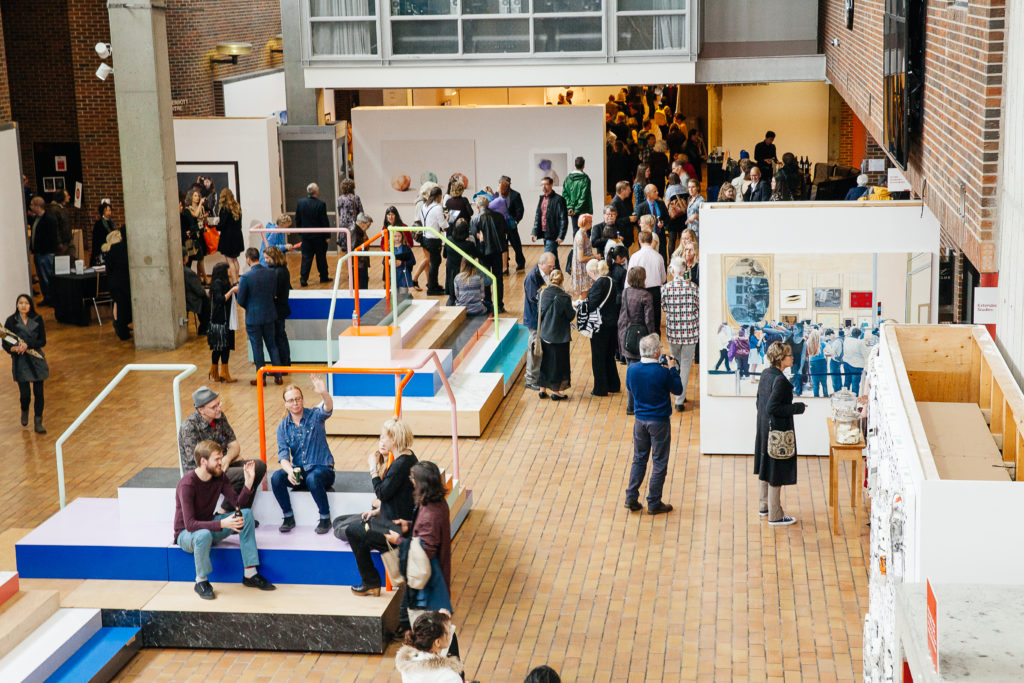 An external view of the Illingworth Kerr Gallery during the 2015 graduate show. Photo: Andy Nichols.

An Institution Under Pressure

Last week, after the school’s halls had emptied for the quiet summer months, the Alberta College of Art and Design circulated an email to staff and students outlining significant structural changes the school will be undertaking in the wake of a $1.2 million budget shortfall. Among the adjustments was a note that the Illingworth Kerr Gallery will no longer have a full-time director-curator.

The email explained that Wayne Baerwaldt, who has been at the college for more than nine years, is retiring at the end of June, and the college has “chosen not to fill this position.”

The college’s plans, in lieu of a new curatorial hire, are vague—a committee will be assembled this summer to establish a working system, such as a combination of faculty members, guest curators and students fulfilling directorial and curatorial responsibilities. How these responsibilities will be divided or assigned has yet to be determined.

The decision comes as a surprise to many, including Baerwaldt himself. “I have no idea what they’re planning to do,” he told Canadian Art.

Outwardly, the college’s stance is one of optimism. “We don’t think the programming is going to be impacted at all by this decision,” said Lori Van Rooijen, the school’s vice-president of engagement. “We actually think it’s going to be pretty exciting and we’re happy that we’re able to move this forward.”

Among the wider faculty, student body and art community, the shift has been met with concern. On Wednesday evening, ACAD’s initial email began to draw ire across social media.

“The Alberta College of Art and Design has decided to dissolve the Illingworth Kerr Gallery as we know it,” wrote Shauna Thompson, curator of the Esker Foundation, in a post circulated via Facebook.

Naomi Potter, the Esker Foundation’s director, shared Thompson’s concerns. “We’ve reached a point in the development in Calgary where there’s a lot of excitement. We’re starting to reinvent ourselves as a visual-arts city…It’s distressing to see a strong and historically important gallery disappear off our map.”

Diana Sherlock, long-time instructor at ACAD, voiced concerns about the faculty’s ability to fulfill the role. “You need to have expertise in that position,” she said. “Frankly, there is very little curatorial expertise in the faculty body at the college, in terms of specialized curatorial expertise. We have artists and designers and craft people and they are experts in what they do…But do we have the depth of knowledge necessary to grow or maintain what they’re calling the world-class IKG? That’s a very big question.”

Many are concerned that the shift puts the IKG’s strong reputation at risk. “Sometimes, between administration, faculty and artists, there’s a real difference in understanding reputation, and how reputation is made in the art world,” said Baerwaldt. “I would caution that they pay some due respect to reputation, to how it is built and how it is maintained.”

The change foregrounds a Calgary-specific issue, noted Sherlock: “Unfortunately, if you look at other major institutions across Calgary, the only place that has a dedicated, full-time, experienced curator is the Nickle Galleries with Christine Sowiak.” With no dedicated contemporary curators at the Glenbow Museum, Contemporary Calgary and now the IKG, the city’s visionary heavy lifting has been left to relatively young institutions like the Esker Foundation. “It is a systemic issue that signals a lack of respect for curatorial positions and curatorial knowledge,” explained Sherlock.

There is also concern among students and alumni that the role Baerwaldt played in mentoring students will evaporate as well. “Something I’ve appreciated about Wayne from the beginning is his ability to see potential in young and emerging artists before anybody else. He has blind faith—not because he goes into situations without foresight, but because he senses the possibilities of various artists,” explained Caitlind Brown, an ACAD alumna.

“It’s difficult to imagine that the proposed IKG model put forward by ACAD will be capable of carrying that torch onward, especially considering their vague plan to further tax the already tapped-out faculty at the school.”

Detailed plans for the restructuring will be established over the summer, according to Van Rooijen, and the new model will be implemented this fall.