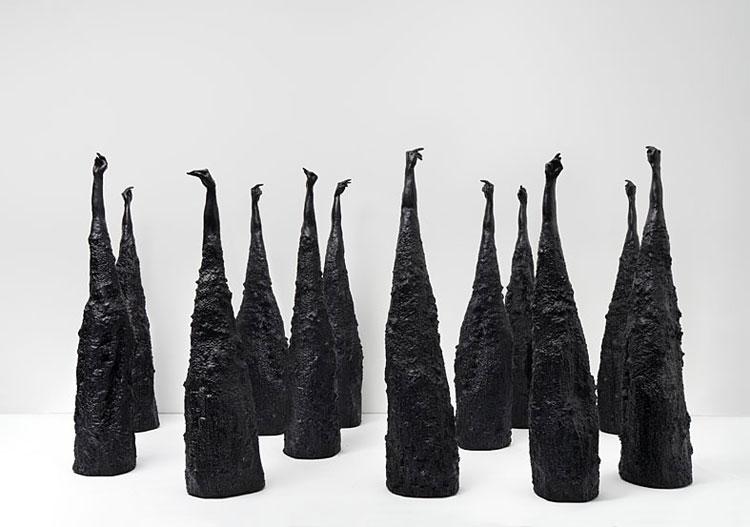 This week, the Sobey Art Award released its 2008 shortlist, and it comprises a surprising range—from international art superstar Terence Koh to emerging Maritime artist Mario Doucette. The winner, to be announced October 1, will take home $50,000 and the honour of being pegged as this year’s top Canadian artist under 40.

The Sobey shortlist consists of one nominee for each of five geographic regions. This year, the West Coast and Yukon are represented by Tim Lee; the Prairies and North by Daniel Barrow; the Ontario region by Koh; the Quebec region by Raphaëlle de Groot; and the Atlantic region by Doucette.

Each of these shortlisted artists is known for a very particular type of work. Tim Lee, who is based in Vancouver, practices a smart, self-conscious form of slapstick, acting as the sole performer in works that often reproduce or play off of past masters. Winnipeg’s Daniel Barrow is one of Canada’s overhead-projector wunderkinds, revamping the analog technology to create colour-saturated animations detailing often-sad and personally revealing storylines.

Mario Doucette, a Moncton-based Acadian artist, works at the boundary of drawing and painting, creating tableaux that, of late, have explored dynamics of colonization in Canada, as well as junctures between past and present symbols of nationhood.

All artists on the shortlist will be exhibiting work at the Institute of Contemporary Culture at the Royal Ontario Museum from August 30 to October 1.The 2008 nominees were chosen by Scott Watson, director/curator of the Morris and Helen Belkin Art Gallery, Vancouver; Anthony Kiendl, director of the Plug-In ICA, Winnipeg; David Moos, curator of contemporary art at the Art Gallery of Ontario, Toronto; Nathalie de Blois, conservatrice de l’art actuel at the Musée National des beaux-arts du Québec, Quebec City; and Gemey Kelly, director/curator of the Owens Art Gallery, Sackville, New Brunswick.