The Inuk artist, known for her striking large-scale drawings, will have a related exhibition at Art Gallery of Ontario 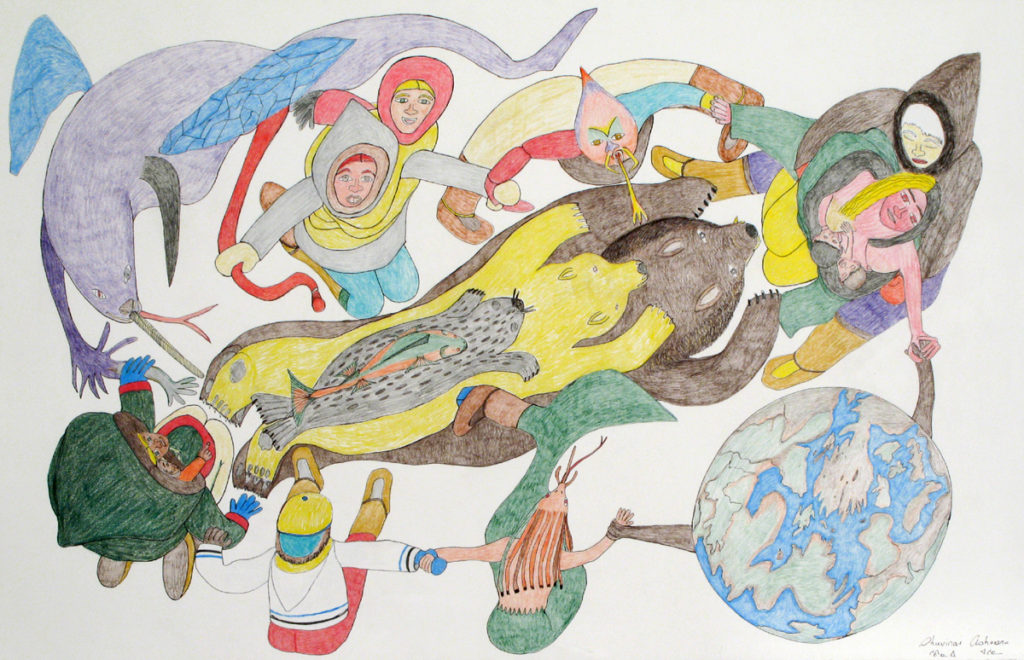 Shuvinai Ashoona has won the most recent edition of the Gershon Iskowitz Prize. The win came to light late last week as a major new survey of Ashoona’s large-scale drawings, titled “ᓄᓇᙳᐊᓕᐅᕐᓂᖅ ᓄᓇᕐᔪᐊᙳᐊᓂᒃ Mapping Worlds,” opened at the Power Plant in Toronto.

The Gershon Iskowitz Prize consists of $50,000 and a solo exhibition at the Art Gallery of Ontario within the next two years. The prize is presented annually to an artist who has made an outstanding contribution to the visual arts in Canada.

“One of the things that is distinctive about the Iskowitz Prize is people cannot apply for it—the jury sits down and discusses who they think deserves it,” says Nancy Hushion, executive director of the Gershon Iskowitz Foundation. “Typically it’s a mid-career or senior artist.”

Jurors for this edition of the prize included Daina Augaitis, chief curator emerita of the Vancouver Art Gallery; Sandra Meigs, winner of the 2015 Iskowitz Prize; Robert Enright, senior contributing editor of Border Crossings; and Stephan Jost, director and CEO of the Art Gallery of Ontario.

“Shuvinai’s vividly coloured, large-scale drawings evoke a complex world of fantastical creatures, daily life in Nunavut, weird images from popular culture, and earthly ruptures in the North,” juror and artist Sandra Meigs said in a release. “She draws through her experience, her keen observation, and her imaginative humour.”

Ashoona’s work has been exhibited in major galleries in different parts of Canada, and it is being increasingly circulated internationally. Her art was in the Canadian Biennial in 2017, as well as at SITE Santa Fe in 2014 and MASS MoCA in 2013. Her drawings are in the collection of the National Gallery of Canada, the Montreal Museum of Fine Arts and the National Museum of the American Indian, among others.

Ashoona lives and works in Kinngait, Nunavut, where she was born in 1961. Her father Kuigak Ashoona, mother Sorosilutu Ashoona and grandmother Pitseolak Ashoona were also artists. In the late 1970s, the Ashoona family left Kinngait for several years to live in outpost camps. In the early 1990s, Ashoona started drawing regularly at Kinngait Studios. In the late 1990s, her work began to be exhibited.

The Iskowitz Prize was founded in 1986 near the end of Gershon Iskowitz’s life. The artist, Holocaust survivor and painter started the prize, he once said, because he’d benefited greatly from a 1967 Canada Council grant and wanted to offer other artists similar support. A private foundation he created now funds his eponymous prize.

“This is about an artist giving to other artists,” says Hushion of the prize. “Iskowitz said, ‘There was some money once I got that was important to me, and I’d like to do the same thing for others.’” Past winners of the prize include Stan Douglas, General Idea, Rebecca Belmore and Liz Magor, among others.

Shuvinai Ashoona’s current survey at the Power Plant continues until May 12. Her work can also currently be seen in a smaller solo show, “We End Up Dreaming,” at Feheley Fine Arts in Toronto through February 23.

This article was corrected on January 29, 2018. The original version referred to a Power Plant text indicating that Ashoona participated in the 2018 Liverpool Biennial. She did not in fact participate in that biennial. 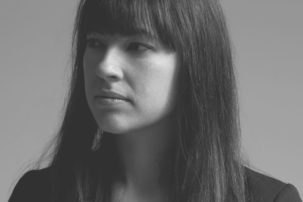