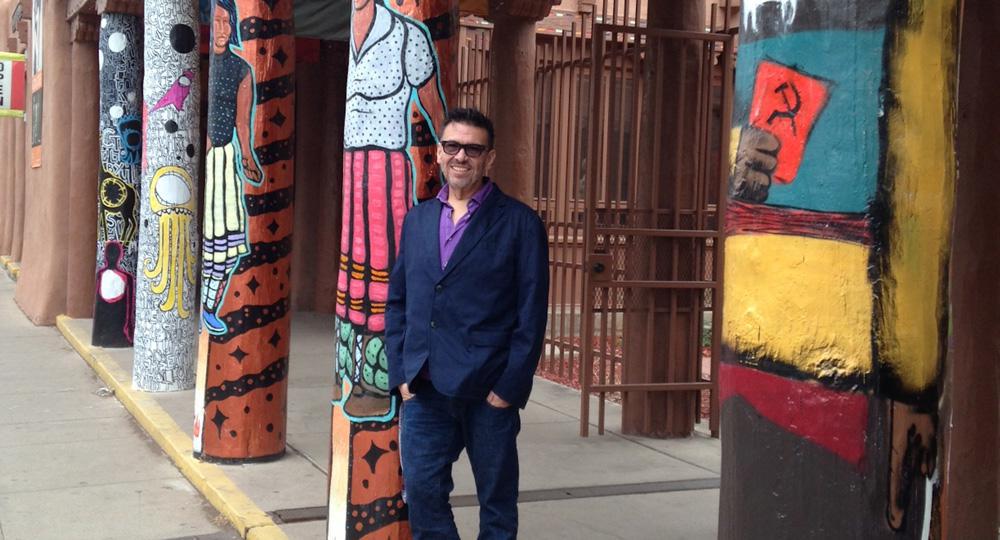 Rice was recently a curator at the Museum of Contemporary Native Arts in Santa Fe. He received his MA from the Center for Curatorial Studies at Bard College in upstate New York, a BFA from Concordia University in Montreal and an Associate of Fine Arts from the Institute of American Indian Arts in Santa Fe.

Rice is a Mohawk of originally from Kahnawake, Quebec. He is a co-founder/coordinator of Nation To Nation, a First Nations artist collective, and co-founder and chair of the Aboriginal Curatorial Collective. In 2008, Rice toured his exhibitions “ANTHEM: Perspectives on Home and Native Land” and “Oh So Iroquois” to Lethbridge, Toronto and Montreal.

Rice has worked for the past 12 years within the museum and art gallery milieu at the Iroquois Indian Museum, Howes Cave; Canadian Museum of Civilization, Gatineau; Carleton University Art Gallery, Ottawa; and Walter Phillips Gallery, Banff.

OCADU’s Indigenous Visual Culture program, founded by Bonnie Devine in 2012, combines studio-based learning and courses in the visual, cultural, social and political history of Indigenous peoples. The curriculum is designed to develop Indigenous and non-Indigenous students’ critical and aesthetic responses and practical expertise in Indigenous culture and artistic practices.