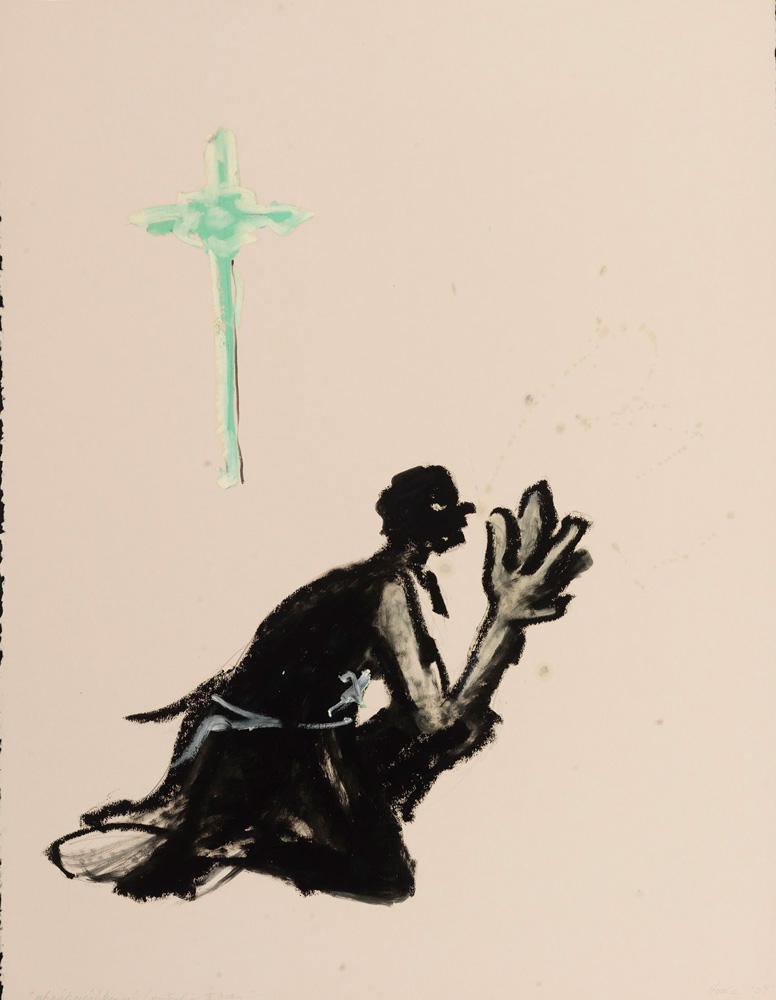 This morning in Winnipeg, the Canada Council’s York Wilson Award was given to the University of Manitoba’s School of Art Gallery to purchase Robert Houle’s Sandy Bay Residential School Series.

Toronto-based artist Houle—the first curator of contemporary Indian art at the Canadian Museum of Civilization in 1977—has been exhibiting work since the 1970s.

Over the decades, the Anishinabe creator has often looked at aspects of indigenous culture.

But it wasn’t until 2009 that Houle explicitly addressed his own personal experiences as a student at Sandy Bay Indian Residential School.

Houle tells Canadian Art that it took him until that time to actually become conscious of the traumatic experiences he endured at the institution. Prior to that year, “I didn’t know what it was, but I knew something terribly wrong had happened to me,” Houle explains.

Even though “shameful, dark” sentiments had come up in relation to writing about other artists’ residential-school work and being involved in some official reconciliation ceremonies, it was a trip back home to Sandy Bay for a funeral that finally triggered specific memories.

“I had a horrible, vivid dream about an incident that had happened to me that I had completely forgotten,” he recalls. “So I went back to Toronto two days later and decided once and for all that I was going to deal with this.”

During the subsequent month in summer 2009, Houle used oil sticks to create 24 haunting drawings about the place where he had been abused. Many of the drawings—which feature rough depictions of the school playground, dormitory beds and religious figures, with Anishinabe words written on each drawing in pencil—gave rise to new recollections.

“After each drawing I would be totally emotionally exhausted,” Houle says. “But I would get a good sleep and the next morning I would begin again.”

Houle says that the drawings taught him a lot about how trauma affects one’s body and memory. Then, he says, showing them in September and October 2012 at the School of Art Gallery showed him how they could affect others.

“Aboriginal and nonaboriginal viewers responded incredibly [to that show],” Houle says. “It was awesome. It gave me hope that eventually we will get through this dark history. And when I say ‘we,’ I mean both aboriginals and non-aboriginals.”

The purchase of Houle’s work coincides with the School of Art’s 100th anniversary and an agreement with the Truth and Reconciliation Commission to host the National Research Centre on Residential Schools at the University of Manitoba.

The Canada Council’s York Wilson Endowment Award is given to an eligible Canadian art museum or public gallery to help it purchase a work by a Canadian artist that will significantly enhance its collection.