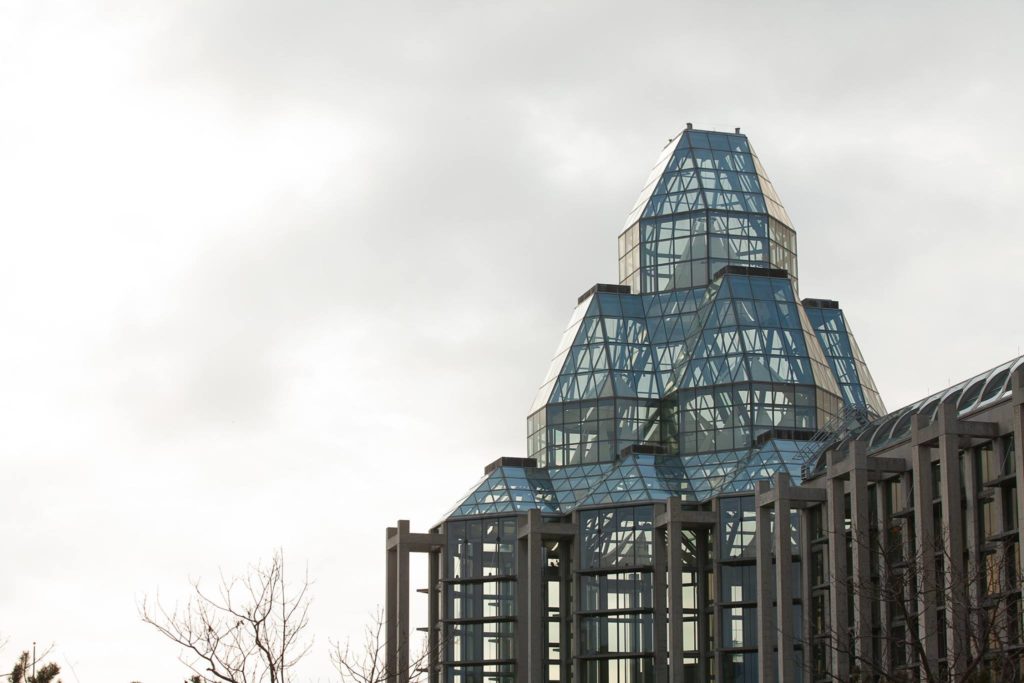 A view of the National Gallery of Canada. Photo: Facebook.

Director Marc Mayer is leaving the National Gallery of Canada. And chief curator and deputy director Paul Lang is already out the door. According to Artsfile and the gallery, Mayer plans to leave in early 2019 when his second term is completed. Mayer had been with the gallery since roughly 2008, and has had many triumphs, including acquisitions of major public works by Michel De Broin and Roxy Paine, as well as integration of the Indigenous and Canadian galleries—though recent Chagall deaccessioning has been controversial. Lang, an Old Masters specialist, departed in mid-March for a position back in his French homeland. Lang had been with the National Gallery of Canada since 2011. (Artsfile & Artsfile)

And in case you missed it: breaking news reports suggest that the work the National Gallery of Canada is looking to buy with its Chagall auction proceeds is a historic David.

The Musee d’art contemporain de Montréal has revealed its new look—and refreshed aspirations. On April 9, the gallery revealed designs for its upcoming renovation by Saucier+Perrotte Architects/GLCRM & Associés Architectes, which will make the the museum more glass-fronted and light-filled. “The museum will feel much more welcoming and friendlier,” said John Zeppetelli, the museum’s director and chief curator, in the Montreal Gazette. “Montreal will finally have a jewel that lives up to its ambitions, its reputation and its artistic importance.” The museum is also in negotiations to bring its Leonard Cohen exhibition to New York, Mexico City and other venues, the CBC reports. (La Presse, Montreal Gazette, CBC)

Artists are being evicted from a longtime studio hub in Saskatoon. “The Tees and Persse warehouse is changing hands,” reports the Star-Phoenix. “Hundreds of local artists have rented various nooks and crannies in the 1911 building for the last 30 years.” But now artists are getting notice that they have to be out of the building by April 30. Rents there have ranged around $500 for studio space. Elsewhere in Saskatoon, where some artists are now looking, it is $3,000 a month. (Star-Phoenix)

Canada’s first online accessible arts and events listing is in development. Aiming to launch later this year, Accessing the Arts promises to promote accessibility and showcase how communities are reshaping Canada’s arts and culture sector. It will include “access to daily listing of accessible events in cities across Canada,” “accurate and clear information about accessibility at events and venues” and “updated information about activism and accessibility in the arts.” The initiative is being led by Creative Users Projects. (Accessing the Arts)

A Newfoundland festival is suing provincial funder ArtsNL over a grant that’s being withheld. “The Folk Arts Society says it’s still moving forward with a lawsuit against the province and ArtsNL,” the CBC reports. “The group, which runs the popular Newfoundland and Labrador Folk Festival, lost $44,000 in expected funding for 2018 and 2019 as a result of failing to fill out a yearly online database report.” The Gros Morne Summer Music Festival and Riddle Fence magazine also failed to get sustaining grants renewed due to administrative errors—errors that, in the past, they say ArtsNL would work with them on correcting. The funder says it expects a certain standard of professionalism. (CBC NL)

A Winnipeg artist has recorded plants growing during the final days of the city’s Assiniboine Park Conservatory. “Helga Jakobson is giving a voice to the plants who call it home,” the CBC reports. “Using special equipment, the Winnipeg-based visual artist is harnessing the tiny electric currents produced by the plants and using computer software to convert them into sound. And she’s using those sounds to create a symphony.” The conservatory was initially built in 1914. Biologists note trees are now hitting the ceiling and roots are wreaking havoc with the foundation. It closed to the public April 2 and will be replaced with the park’s new Canada Diversity Gardens. (CBC Manitoba)

A Toronto arts school is expanding to London, England. Ryerson University’s Faculty of Communication and Design—which includes its School of Image Arts, School of Fashion, and School of Performance—has announced FCAD London. It includes initiatives with University Arts London, including a plan to develop a global Master’s of Design. London South Bank University is another collaborator. A new alumni mentorship group for FCAD London will be led by designer Todd Lynn. And Ryerson is planning to invest $50,000 in student and faculty travel. (press release)

The federal government’s Standing Committee on Canadian Heritage is continuing to gather evidence about the state of Canadian museums. Recent testimony has been submitted by Canadian Arts Coalition co-chairs Kate Cornell and Frederic Julien, who “highlighted the need for affordable housing for artists in cultural districts, the need for greater coordination between the federal government and the provinces on cultural infrastructure, and the need for specific funding for the maintenance of cultural spaces, both old and new.” Also recently testifying was Gail Lord of Lord Cultural Resources, who called out the fact that “we have no federal museum policy” and that “We’re not retaining talent, and we have the situation that we find particularly in Toronto where right now, very few museum and cultural leaders are in fact Canadian, or even Canadian residents.” (Canadian Arts Coalition & Lord Cultural Resources)

Carleton University Art Gallery has announced the Reesa Greenberg Digital Initiatives Fund. Greenberg, a scholar, philanthropist, and former CUAG board chair, has made a 10-year commitment to the gallery for digital initiatives. Among them are online videos on artists Linda Sormin and Sun K. Kwak, as well as CUAG’s first exclusively digital publication: a free PDF produced to accompany its exhibition “Always Vessels,” curated by Alexandra Kahsenni:io Nahwegahbow. (press release)

The world just can’t get enough of Canada’s very own $17K Yoko Ono rock theft story. “Toronto police are looking for a woman accused of stealing a rock with an inscription from Japanese artist Yoko Ono that was valued at US$17,500,” CTV News reported on April 7. The rock was part of Ono’s interactive exhibit at the Gardiner Museum and had the words “love yourself” written on it. “The suspect has been described as 55-60 years of age, 5-foot-4, wearing a black coat, a red scarf with black stripes, black pants, a black hat and black shoes,” CTVNews reported. The theft took place around 5:30 p.m. on March 12. In recent days, the story has been picked up by Pitchfork, The Cut, People and more. At press time, the thief has still not been identified. (CTV News, Toronto Star)