News in Brief: A Museum Show for Justin Bieber and More 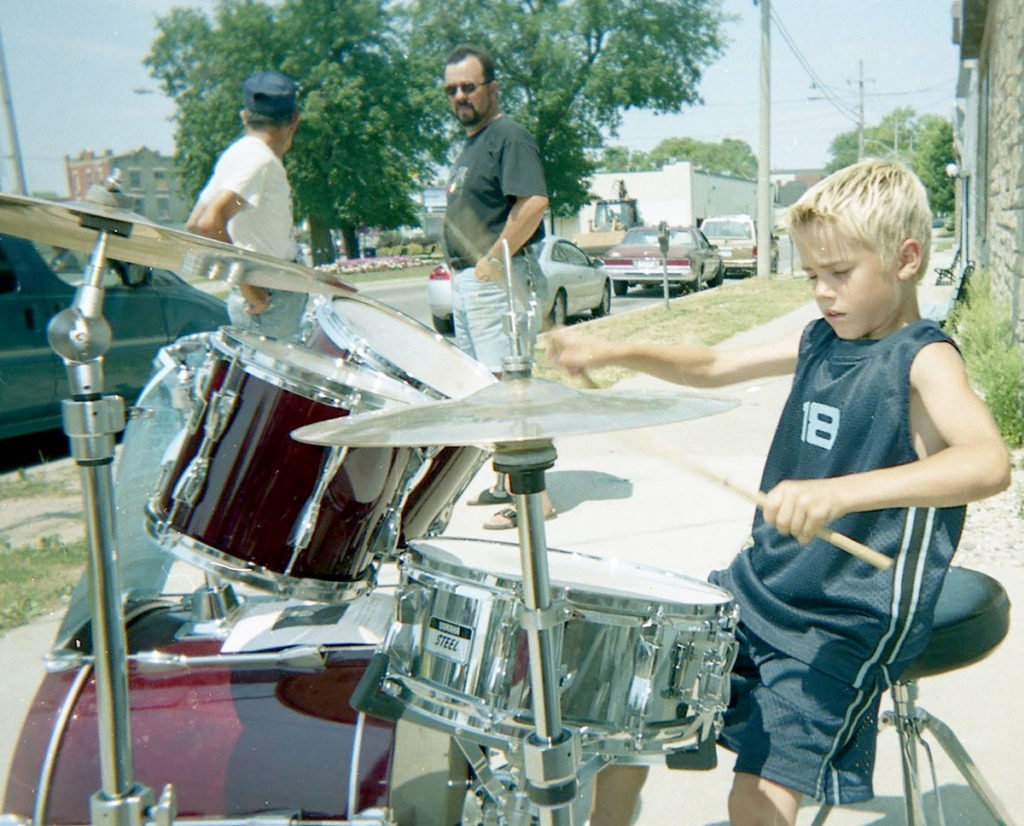 Justin Bieber drumming on the streets of Stratford in July 2002. This image is part of a unique exhibition about Bieber just announced for the Stratford Perth Museum. Photo: Stratford-Perth Archives, The Beacon Herald Collection.

Our editors’ weekly roundup of arts and culture news.

It seems it’s time for a Justin Bieber museum show. An exhibition dedicated to Justin Bieber called “Steps to Stardom” will open at the Stratford Perth Museum on Family Day, the museum announced last week. The exhibition will focus on Bieber’s Stratford roots, where he started out busking on the steps of the theatre as a boy. Among the paraphernalia donated by Bieber’s family, and Bieber himself, are his hockey gear from his time with the Stratford Warriors, his Grammy, Emmy and Teen Choice awards, and the platinum record for his debut album “My World.” There’s also going to be a lot of fan art, an array of his old shoes, and some photos of that local busking he did. The museum, accordingly, is expecting record-breaking attendance. (Stratford Beacon Herald)

Montreal artist Raymond Gervais has died. In a statement, the Leonard and Bina Ellen Art Gallery noted that Gervais “was an artist whose capacity for wonderment was without parallel and to which we were profoundly attached. Working at the boundary of the artistic field, he belonged to a conceptualist avant-garde whose network extended well beyond Québec. In filiation with certain of these artists, Raymond practiced an ethics of free thinking, which is no longer possible today. His numerous installations, performances, objects, images and texts gave form to his fascination for sound, music, their technologies and histories.” Raymond was also an historian of experimental and classical music, their interpreters and composers. A remembrance will be held at the gallery this Saturday from 1 to 5 p.m. (email)

A group of Indigenous youth recently held a panel discussion about cultural appropriation and art as resistance in Toronto. Organized by Canadian Roots Exchange, a national not-for-profit organization that assembles Indigenous and non-Indigenous youth to work toward reconciliation, the panel draws from conversations Indigenous communities have been having about the detriments of cultural appropriation to Indigenous people. Panelists include the organization’s executive director Max FineDay, Riley Kucheran, an Ojibway graduate student at Ryerson University who’s been studying the relationship between the fashion industry and Indigenous people, and moderated by Kara Jade a.k.a. Métis Monroe, a rapper and motivational speaker. “We have to reinstate who we are [as Indigenous people] and put our footprint on the art industry,” Jade said. (CBC)

Contemporary art is coming to IMAX. XL-Outer Worlds is a four-day festival slated for 2019 the Cinesphere (Toronto’s Ontario Place) which brings together 10 curated programs of early IMAX films from the archives, and new expanded projections by leading Canadian artists Oliver Husain, Lisa Jackson, Kelly Richardson, Michael Snow and Leila Sujir on the theme of “Outer Worlds.” The commissioned program will also tour to four locations in Canada, and four international destinations where IMAX has had or is having a significant impact. (email)

Some surprising winners were announced for Winter Stations. The annual outdoor art and design exhibition on Toronto’s eastern beachfront will include a monumentally scaled pussy hat by Martin Miller and Mo Zheng of Ithaca, New York, as well as a sculptural homage to the Italian futurists by Alexandra Grieß and Jorel Heid of Hamburg, Germany. Installations will debut on February 19 and will stay open to the public until April 1. (website)

Peter Doig’s got some new paintings on exhibit. Michael Werner Gallery in London is offering the first show of new paintings by the artist in the UK capital since 2012. Artnet says, “Doig’s haunting, almost classical, new paintings capture the anxiety of contemporary life, juxtaposing apparently dreamlike and pleasant scenery with a latent, potentially much darker, reality.” (Artnet)