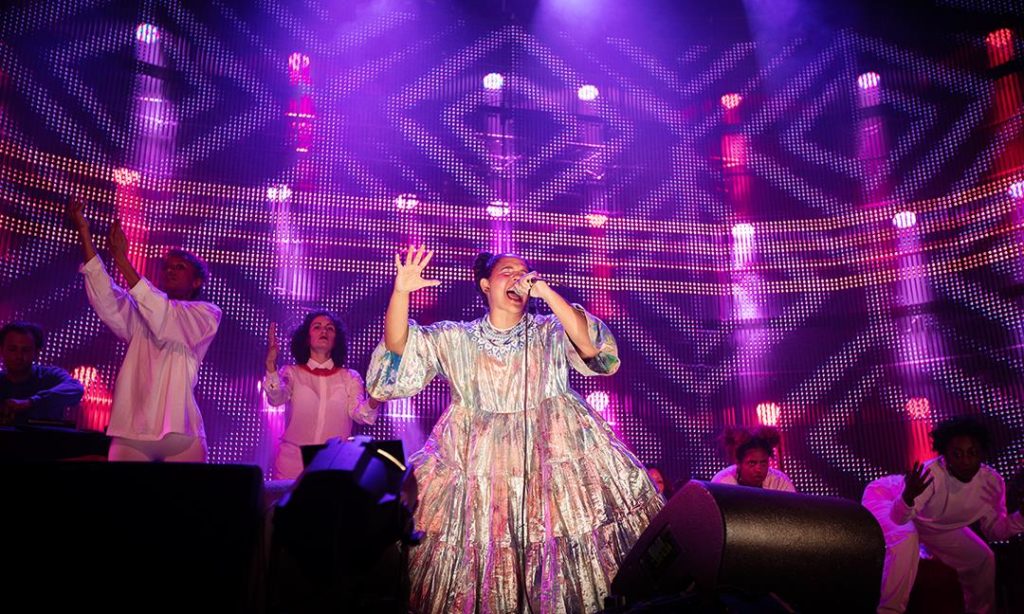 Artist and musician Lido Pimienta’s self-produced album La Papessa has won this year’s $50,000 Polaris Prize. The prestigious award goes to the best Canadian album of the year “based on artistic merit without regard to genre, sales history or label affiliation.” Other finalists this year included include Tanya Tagaq, Leonard Cohen, Feist, A Tribe Called Red and Gord Downie, among others. Pimienta’s Spanish-language album honours her brother, who passed away in 2013. The OCADU alum has been outspoken about white supremacy in the art world and the music industry. “Perhaps what this [win] means is somebody like me gets recognized in this way. It means that you don’t have to be white. You don’t have to be skinny or blonde or sing in English or French, and you can stand by what you want to do and what you want to say,” she said of her win.

Calgary City Council has unanimously agreed to suspend its public art policy and funding until further notice. Following controversies about Indigenous appropriation in the Beaufort Towers project and widespread outcry about other public-art funding decisions in recent years (see: Travelling Light), a group of councillors, including Mayor Naheed Nenshi, moved to hit pause on any new public-art funding until the second quarter of 2018. “We won’t be able to afford another mistake like this. We’ll lose the program,” said public art supporter Councillor Druh Farrell. Local artist Caitlind Brown has posted an open letter about public art problems on Facebook.

The Acadian poet and playwright Herménégilde Chiasson has been selected as the 2017 recipient of the Strathbutler Award. Chiasson joins a celebrated list of Strathbutler artists whose work has enriched the cultural fabric of New Brunswick. The award, distributed by the Sheila Hugh Mackay Foundation, recognizes Chiasson’s accomplishments as a visual artist and his sustained advocacy work for the cultural life of the province. In particular, the jury noted his “acknowledgement of, and advocacy for Acadian histories. In addition to Mr. Chiasson’s contributions to the province as a leader and a mentor, he has paved the way for subsequent generations of New Brunswick artists.”

OCADU’s Onsite Gallery, the university’s flagship professional gallery, received $750,000 in funding from the Government of Canada through the Canada Cultural Spaces Fund. MP Adam Vaughan made the announcement on Saturday at the opening of the gallery’s new location. According to Business Insider, the funding allows for the renovation of the gallery space and the purchase of specialized equipment. Two new exhibitions featuring Indigenous artworks opened there last week. “raise a flag: works from the Indigenous Art Collection (2000–2015),” curated by Ryan Rice, the university’s chair in Indigenous visual culture, presents works from such acclaimed artists as Rebecca Belmore, Annie Pootoogook, Carl Beam and many others from the Indigenous Art Collection of Indigenous and Northern Affairs.

Fogo Island Arts and Art Metropole have announced Merve Ünsal as the recipient of the fall instalment of “The Islands.” Ünsal will partake in a two-part residency facilitated by these two institutions. She will spend a month on Fogo Island as part of Fogo Island Arts’ residency program, followed by two weeks on Toronto Island at Artscape Gibraltar Point to work on research that will culminate in a publication that Art Metropole will publish and distribute. Ünsal holds a MFA in photography from Parsons The New School of Design. She was a participant at the Homework Space Program 2014–15 at Ashkal Alwan, Beirut, and has participated in artist residencies at the Delfina Foundation, London and Banff Centre for Arts and Creativity.

Oxygen Art Centre has hired Natasha Smith as its new coordinator of arts education. This work was previously managed the Nelson artist-run centre’s executive director, Miriam Needoba. Smith was a founding member of the centre, and says, “I am a self-defined teaching artist and arts administrator and I believe strongly in the importance of community arts education programming.” Oxygen Art Centre was originally founded 14 years ago by a group of West Kootenay artists and educators who wanted to start an art school.The centre has evolved from these initial intentions to include year-round interdisciplinary arts programming such as exhibitions, artist residencies, literary presentations and performances—including Paul Walde’s Requiem for a Glacier.