How do Indigenous artists imagine the world in 150 years? And what would it be like to experience that in virtual reality? We will soon find out. 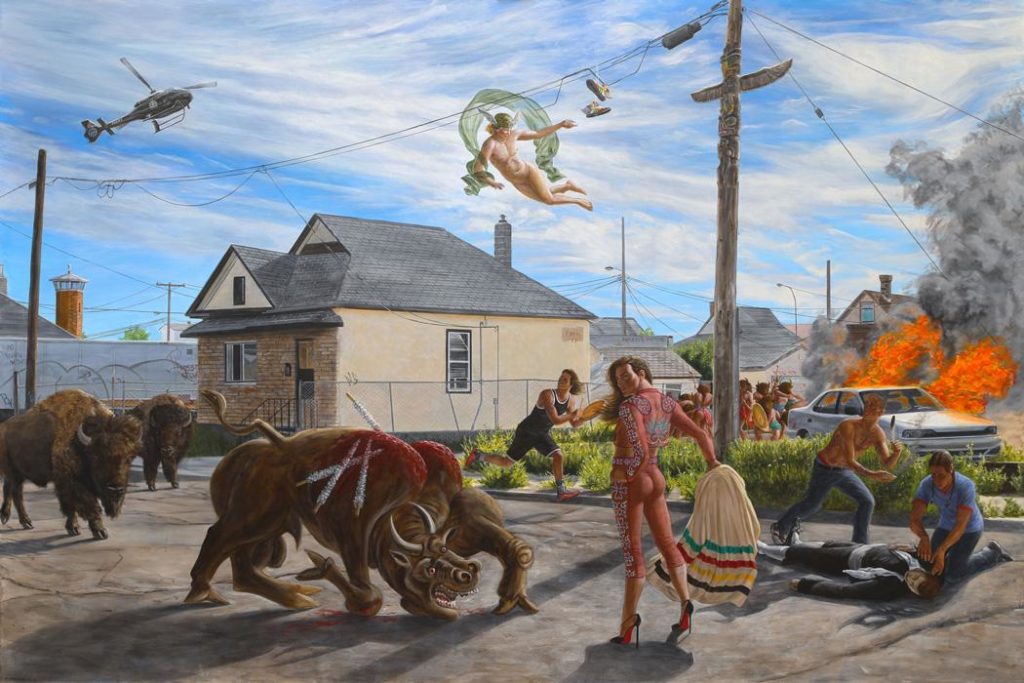 How do Indigenous artists imagine the world will look 150 years from now?

And what would it look like to experience those futures in virtual reality?

Torontonians will find out some of the answers to these questions within a year.

Today, TIFF, imagineNATIVE, Pinnguaq and the Initiative for Indigenous Futures announced the launch of 2167, a series that invites six Indigenous filmmakers and artists to create VR projects in 2017, with each artist asked to set their work 150 years in the future.

Three works will premiere at TIFF Bell Lightbox in June 2017, and three during imagineNATIVE in October 2017.

Filmmakers Jeff Barnaby, Danis Goulet, Alethea Arnaquq-Baril and artists Kent Monkman, Scott Benesiinaabandan, and Postcommodity will each create their own vision of the future in a two-to- four-minute-long virtual reality experience.

“The idea for this project was born out of a love of science fiction and alternate realities. Often Indigenous people are seen as stuck in the past; with 2167 we wanted to take a very deliberate leap forward in time and see artistic visions about our place in the future,” said Jason Ryle, artistic director for imagineNATIVE, in a release. “In a year that in many ways commemorates a very complex history for Indigenous people, this project celebrates the decades to come and our role in shaping a new future for Canada. 2167 is a fantastic step in that direction.”

“Indigenous perspective is often lacking in mainstream media, and what is so great about virtual reality is that it allows the viewer to experience a different frame of reference. When you put on the headset, for a few minutes the artists’ voices and creative interpretations of the world around them become yours,” said Nyla Innuksuk, owner and producer, Pinnguaq.

Montreal-based artist Skawennati Fragnito is already known for her nine-episode work TimeTraveller™ where we meet Hunter, a Montréal Mohawk who seeks an alternative to the “over-mediated, hyper-consumerist North America” of 2121.

Fragnito is also participating in this new initiative 2167 as a coordinator at the Initiative for Indigenous Futures, one of the partners in the project.

“As teenagers, we fell in love with science fiction because it helped us to imagine the future. As we got older, we began to notice the lack of Native people in those futures,” said Fragnito, along with Initiative for Indigenous Futures director Jason Edward Lewis, in a release. “We started to think that perhaps the lack of stories and images of Indigenous people in the future was a big problem. If we can’t imagine ourselves there, maybe we won’t be there—however, if we start to look ahead to a time when we are thriving, integral agents of society, then we will inevitably assume our roles as such.”