The Hnatyshyn Foundation has announced the recipients of their mid-career awards and emerging-artist prizes. 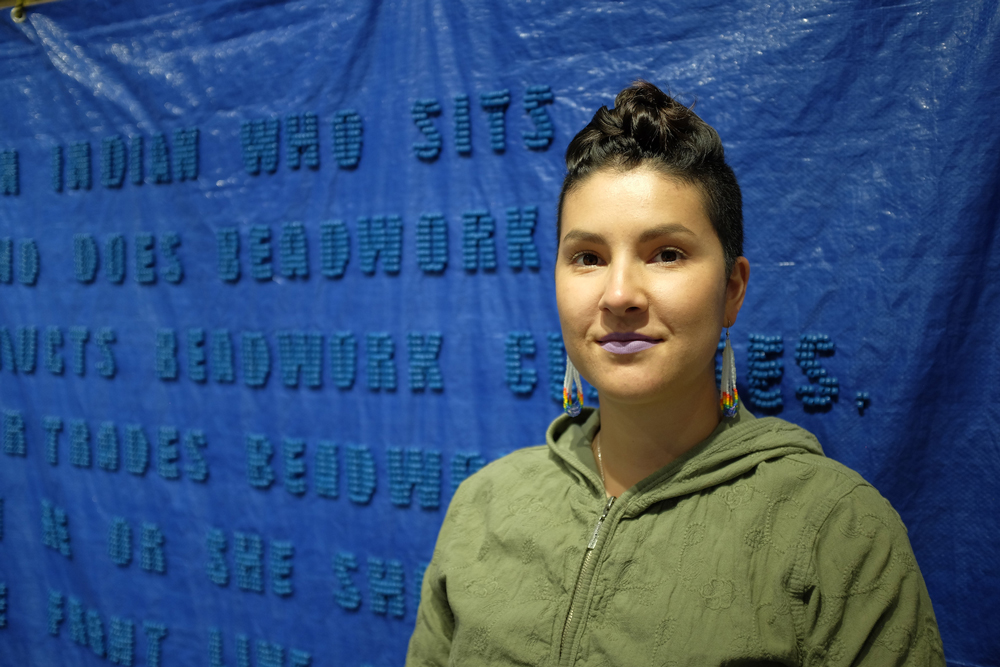 Artist Amy Malbeuf, with one of her works.

The Hnatyshyn Foundation announced recipients of a number of prizes tonight.

Morin received the $25,000 prize for outstanding achievement by a Canadian mid-career artist, and Willard received a $15,000 award for curatorial excellence in contemporary art.

Willard is an artist and independent curator from Secwepemc Nation. Her curatorial work looks at “shifting ideas of contemporary and traditional as it relates bodies of knowledge and skills that are conceptually linked to her interest in intersections between Aboriginal and other cultures.” Recent exhibitions include “Beat Nation: Art Hip Hop and Aboriginal Culture,” a travelling exhibition she co-curated with Kathleen Ritter that was first presented by the Vancouver Art Gallery and went on to Toronto’s Power Plant; “Custom Made” at Kamloops Art Gallery; and “Unceded Territories: Lawrence Paul Yuxweluptun,” which she co-curated at UBC MOA in Vancouver with Karen Duffek.

The William and Meredith Saunderson Prizes for Emerging Canadian Artists were also announced tonight, and they have been awarded to Amy Malbeuf (Rich Lake), Jeneen Frei Njootli (Vancouver) and Olivia Whetung (Chemong Lake).

The winners of this year’s awards were chosen by Candice Hopkins, 2015 recipient of the Hnatyshyn Award for Curatorial Excellence and curatorial advisor for Documenta 14, opening in Athens, Greece, and Kassel, Germany, in 2017.

“These young artists are skilled and accomplished beyond their years, and reflect the impressive diversity of artistic practice in Canada. We are proud to count them among the recipients of the Saunderson Prizes,” said Kim Lymburner, executive director of the Hnatyshyn Foundation.

The Hnatyshyn Foundation is a private charity established by the late Right Honourable Ramon John Hnatyshyn, Canada’s 24th Governor General, to assist emerging and established artists in all disciplines with their schooling and training, and promote to the Canadian public the importance of the arts in our society.