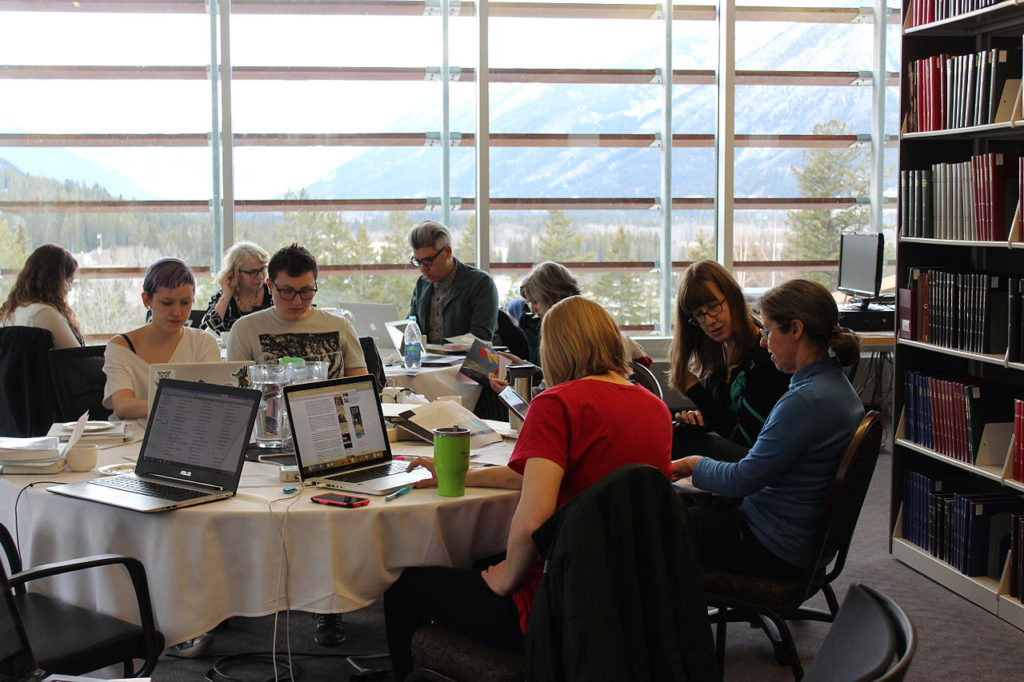 An Art+Feminism Wikipedia Edit-a-Thon at the Banff Centre in 2015. Photo: ABsCatLib under a CC 4.0 license

An Art+Feminism Wikipedia Edit-a-Thon at the Banff Centre in 2015. Photo: ABsCatLib under a CC 4.0 license

A new study is indicating that gender inequality is still a very real phenomenon in Canada’s arts sector. The study, titled The status of women in the Canadian arts and cultural industries: Research review 2010–18, was released recently by the Ontario Arts Council.

The study synthesizes a range of existing research on gender in the arts. In doing so, it aims to produce a picture of the whole arts and culture sector, rather than just a specific field within it such as theatre, film or dance. The sources drawn upon in the study include past research by Alison Cooley, Amy Luo, Caoimhe Morgan-Feir and Michael Maranda that was first posted on Canadian Art’s website in 2015 and 2017.

Among the key findings is the fact that overall, women’s average incomes are lower than those of their male peers. The study summary calls this gender-based income inequality “a defining feature of work in Canadian arts and cultural industries.” This remains true, it says, despite the fact that women are just as well educated and trained in the arts as men are, says the study.

The study also found that “across all sectors, women’s artistic and creative works receive significantly less public visibility (for example, productions or exhibitions) and recognition (awards) than those of men.”

Some of the data is striking: most dancers—86 per cent of them—are women, says the study, but women represent just 33 per cent of choreographers. And despite there being 50 per cent women among musicians and singers, the field of conducting, composing and arranging remains male-dominated—only 35 percent of these professionals in Canada are women. (One area, besides dancers, where women did dominate is in the field of artisans and craftspersons, at 61 per cent.)

But much more detailed and nuanced research is needed, the study says. The authors identified “a lack of existing research that examined how gender inequality may be compounded when combined with other factors of discrimination such as racialization, age, sexual orientation, disability, etc.” It also noted that the existing research is limiting in that it “largely frames gender as binary (i.e. in terms of male and female only).”

This study was commissioned as part of the OAC’s equity programs. “We will build on this work by asking individual applicants a broader range of demographic questions, including gender, beginning in 2019–20,” said Rita Davies, OAC chair, in a release.

Further research on gender in the arts is due to be coming soon from the Standing Committee on Canadian Heritage, which has a report pending on Gender Parity on the Boards and Senior Leadership Levels of Canadian Artistic and Cultural Organizations.

The new study can be read in its entirety here.