Some recent award announcements in Calgary and Vancouver have highlighted Canadian visual-arts talents on the rise. 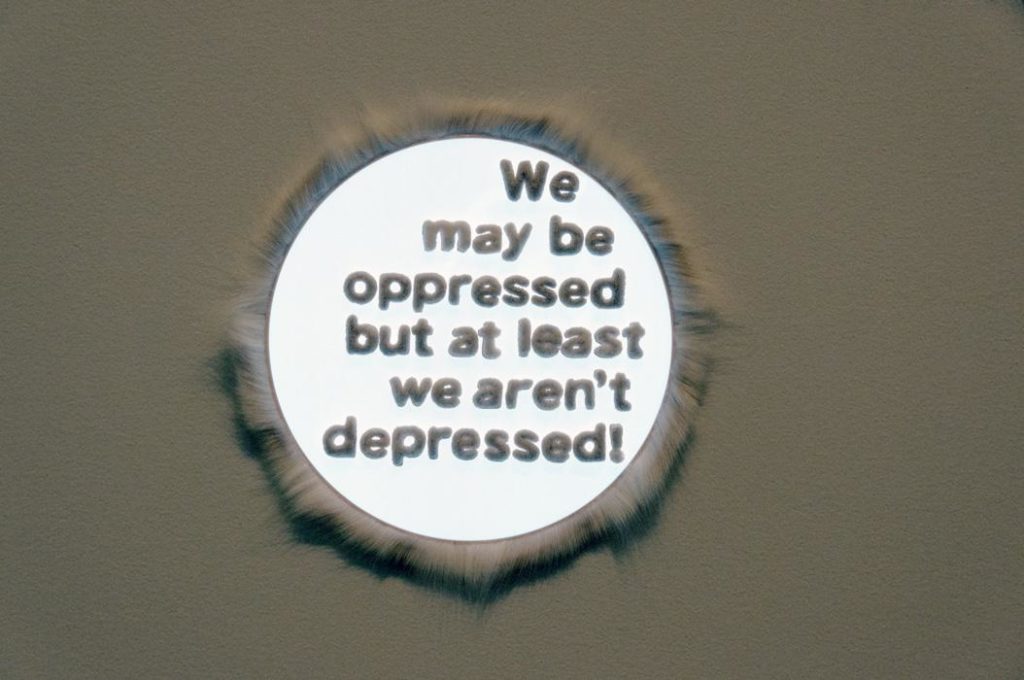 Amy Malbeuf, D. Cardinal (We may be oppressed, but at least we aren’t depressed!), 2013. Sculpted natural caribou hair on light panel. 30.5 x 1.3 cm. Courtesy the artist.

On May 14, painter Ambera Wellman, born in Lunenberg and recently studying at the University of Guelph, won the $25,000 Joseph Plaskett Award at a ceremony at Equinox Gallery in Vancouver.

The Plaskett Award is annually given to a Canadian graduate student who is focused on painting. This year’s jury included David MacWilliam, associate professor, curator and former dean of the Audain Faculty of Visual Art and Material Practice at Emily Carr University of Art and Design; Gary Pearson, art critic and professor in painting at University of British Columbia at Okanagan in Kelowna; and Allyson Clay, professor in the Centre for Contemporary Art at Simon Fraser University.

On May 16 in Calgary, the Lieutenant Governor of Alberta Arts Awards Foundation announced its 2016 Emerging Artist Awards, which provide $10,000 each to the selected recipients in the spheres of visual art, music, filmmaking and literature.

“When economic times are tough, artists are especially vulnerable,” says Alberta Arts Awards Foundation chair Phil Ponting in a release. “We are pleased to be able to invest in advancing the careers of these outstanding young artists.”