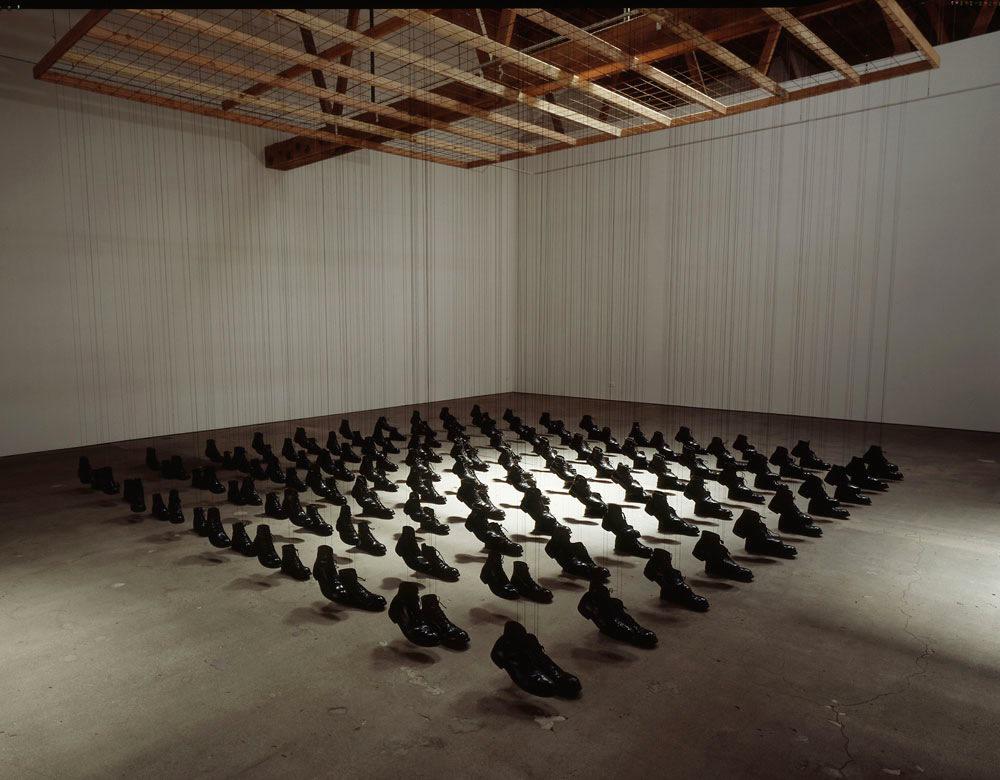 The award is part of the Prix du Québec, a series of prizes recognizing cultural and scientific achievement awarded annually by the Quebec government.

Blain’s work is known for its attention to political and social issues. Her work Missa (1997) consists of 100 pairs of army boots that are hung in a grid, evoking absent soldiers and the consequences of war. Her textile piece Rug (2001–2012) looks like a Persian carpet, but its patterns are formed with pictures of various land mines.

Blain credits her parents with enrolling her in a drawing course at the age of 5 in beginning her studies in art. On the post-secondary level, she undertook studies in art at Concordia University in the late 1970s. Blain later moved to Los Angeles, returning to Quebec in 1992.

Blain’s work has been exhibited at the Biennale of Sydney, the Kunstverein Frankfurt and the Stedelijk Museum, among other venues. She has also produced public art for the Montreal Museum of Fine Arts, Montreal’s Jewish General Hospital and other sites.