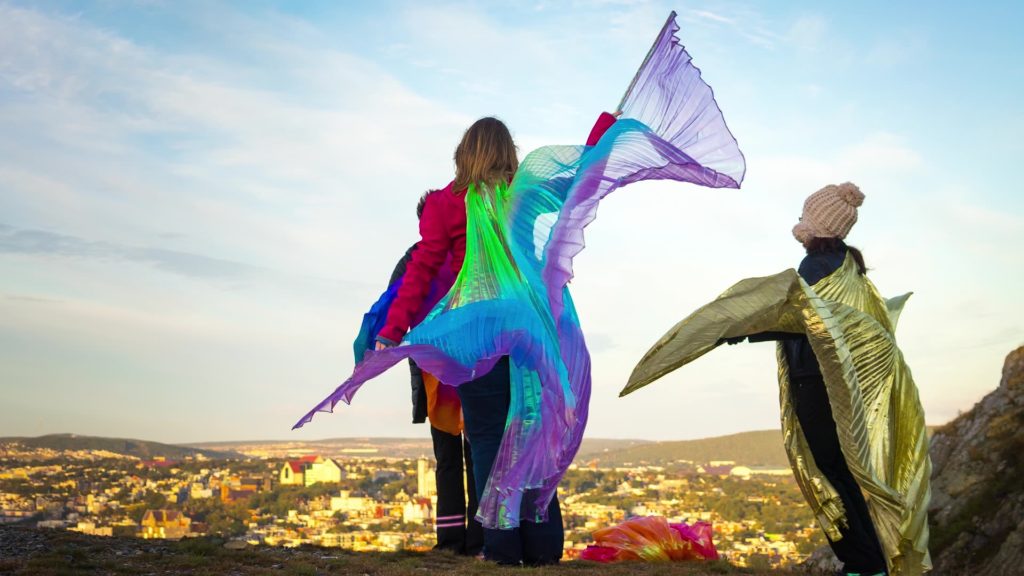 In March, Trudeau’s government announced $550 million in new funding for the Canada Council.

Today, the Canada Council revealed how that new money will be spent.

“I think what we have released today is signalling a new era with our intention to really have an impact,” says Canada Council CEO Simon Brault.

And these major arts funding boosts come at a time when the impact of the arts is needed more than ever, Brault says—at a time of deep cultural division not only in the U.S., but in Canada as well.

“I absolutely believe that the arts remain one of the very rare human activities that could bring a sense of…conciliation, inclusion and justice,” Brault says when asked what the arts can do in the current political environment.

“What we are seeing in politics is that many of the institutions we have been counting on for decades are now threatened, and…in that big picture, the real antidote to cynicism and despair remains with the arts and with the artists,” Brault asserts. “I believe that, and I think it’s more true than ever.”

To that end, the new changes in spending priorities head in fresh directions so that “we don’t invest where it is most predictable, but where it will make the most difference not only for artists and organizations, but also for Canadians.”

“My goal is really not to hide under the radar, but to bring the arts front and centre—not only look at art as a way to escape reality, but an important player in facing reality,” Brault says. “Because many of the problems we are facing as a society need that contribution that only the arts can bring.”

Here are five highlights of the new spending changes—along with more insight and explanation from Brault.

Change 1: A massive increase to project-based grants, which will be boosted 224 per cent by 2021.

A big shift in the Council’s new spending priorities involves bringing project funding in line with core funding for organizations.

The goal for this shift?

A greater “flexibility” for a changing world, says Brault.

“We were, like most of the arts councils in the world, in a situation where by the first day of each year we had almost two-thirds of our resources locked in for ongoing support to organizations,” Brault explains. “So there was not a lot of capacity to get newcomers, to react to new trends, to adapt, to adjust.”

An upshot in the art world: this could mean more funding opportunities for independent curators, artists and events.

It’s worth noting that while the Canada Council is dramatically increasing funding to projects, a boost to its traditional realm of core funding is also going to go up.

That means more money in the pool for museums, public art galleries and other traditional venues for art.

“Some of them [arts organizations] will see their core funding double; some will have less than that; some of them will stay at the same level,” says Brault.

Brault also emphasizes that organizations receiving core funding will also be able to apply for project funding, particularly in realms like digital and touring that help share art with wider audiences.

Change 3: A commitment to open doors to new grant recipients, with 25 per cent of new funds to be dedicated to first-time recipients by 2021.

In many funding situations, getting a foot in the door has long been a challenge for previously unfunded organizations and artists—particularly those which have long been affected by systemic racism and oppression.

“We realize that those organizations have been, in a systemic way, not advantaged over the past 10 or 20 years,” Brault admits.

In a gesture towards correcting that imbalance, the Council is committing to award 25 per cent of its new funds to artists and organizations that have never previously received a grant from the Canada Council.

The main principle in making these new-funding decisions will be prioritizing equity, Brault says, so that “that growth benefits Indigenous and culturally diverse organizations.”

Having launched a fund for projects about conciliation and reconciliation in 2015, the Canada Council is now continuing to deepen its commitment to First Nations, Inuit and Metis art and cultures.

When asked what he’s seen so far from the (re)conciliation funded projects, Brault notes the power of articulating difference.

Some of the projects he has seen so far are “bringing a lot of meaning—a lot of pain, actually, and a lot of possibility of sharing pain and opening new dialogues.”

Brault hopes critical and crucial approaches to Canada’s history and present will also be funded through its one-time New Chapter program “to mark—not celebrate—the 150th anniversary of Canada.”

“We got 1,200 proposals coming from everywhere in Canada…I feel that these works of art, if properly funded and properly shared, will all have an impact and will bring something beyond just, you know, balloons and fireworks.”

Change 5: The creation of a new digital fund of $88.5 million over 5 years, or 10 per cent of the Council’s annual grant budget.

Digital shifts in culture are “one of the most profound changes since creation of the Canada Council,” says Brault, affecting “how citizens are engaging with any content.”

Thus, the Council’s new digital fund is not aimed at creation of digital art—because that creation is covered off under the art-creation grants.

Rather, the Council’s new digital fund promises to grow digital knowledge and competencies in the arts, digitally increase access and engagement, and digitally transform organizations.

These digital funding priorities will further be guided by an Arts in a Digital World summit that the Canada Council will be holding in March 2017.

As for what’s next, the Canada Council is clear on a few points for the coming year.

All the new funds will be distributed through six new granting programs that the Canada Council will launch in 2017.

Next month, in December, groups and individuals will able to register into the new Canada Council portal to access the new funding model in April 2017.

Artists and arts organizations are also being encouraged to register to attend the Council’s annual public meeting on January 17, 2017, to stay up to date.

But what about beyond that? What about the future of arts funding after Canada’s own next election, due in 2019?

“I’ve been fighting for the arts sector now for more than 35 years,” says Brault. “So I have outlived many governments, and many changes. And my conviction is that the only way to progress is to try and consolidate the importance and the roots of the arts in the daily lives of the people we live with in our communities.”

A big danger for the future of any arts scene is failing to reach the populace, Brault argues.

The next steps, then, are clear.