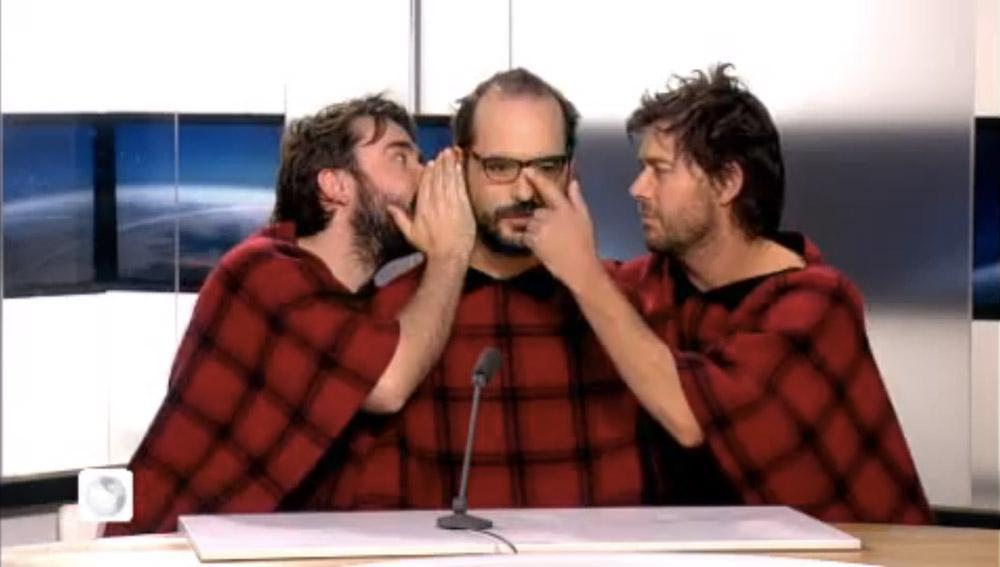 The National Gallery of Canada has announced that the Quebec City artists Jasmin Bilodeau, Sébastien Giguère and Nicolas Laverdière—better known as the collective BGL—will represent Canada at the 56th Venice Biennale. Their exhibition at the Canada Pavilion in Venice will take shape under the guidance of independent curator Marie Fraser (formerly of the Musée d’art contemporain de Montréal). The Venice Biennale runs from May 9 to November 22, 2015.

BGL has gained a wide following across Canada over the past 15 years for sculptures, photos, videos, performances and installations that put a wryly unconventional (and at times hilariously unexpected) spin on homegrown and international pop culture, from in-line skating and bow hunting to Star Wars. Yet a sharp critical edge often lingers just under the surface. One of the trio’s most recent works, for instance, reverse engineered automobiles in Montreal and London, England, into giant communal “peace pipes” to confront notions of public space, personal choice and collective trust, all through the uneasy invitation to smoke from the exhaust pipe of an overturned car. As the Venice selection committee—made up of curators Fraser, Gerald McMaster, Bruce Grenville and Josée Drouin-Brisebois along with NGC director Marc Mayer—notes: “BGL’s installations and performances are obliquely political, but are carried out with a humour that is characteristically Canadian.”

“We got a phone call from Marc Mayer early in December to give us the news,” says BGL on the phone from Quebec City. “We were shocked…Wow. For about two weeks after, we were just talking about it all of the time because it’s just so difficult to realize we’d been chosen. It’s like a teenage dream.” The trio will make their first visit to Venice in February. (“First, we’re going to see the pavilion,” they say, “Then we’re going to take a good bottle of wine and try to find something.”) It’s also worth noting that BGL will be the first collective to represent Canada at the Biennale. When asked about the opportunity and the attendant pressure involved as the official Canadian artists in the Biennale, they return to the power of three: “Artist collectives are an important fact in Canadian art. We could not imagine working on this alone. It’s good to share the stress and the opportunity…and it’s a super deal, three artists for the price of one! We’re excited. Now all we have to do is find the millions of dollars to go there and have fun.”