A new study says that real wages in Canada for arts managers and administrators have stalled since 2008. Here’s why that matters. 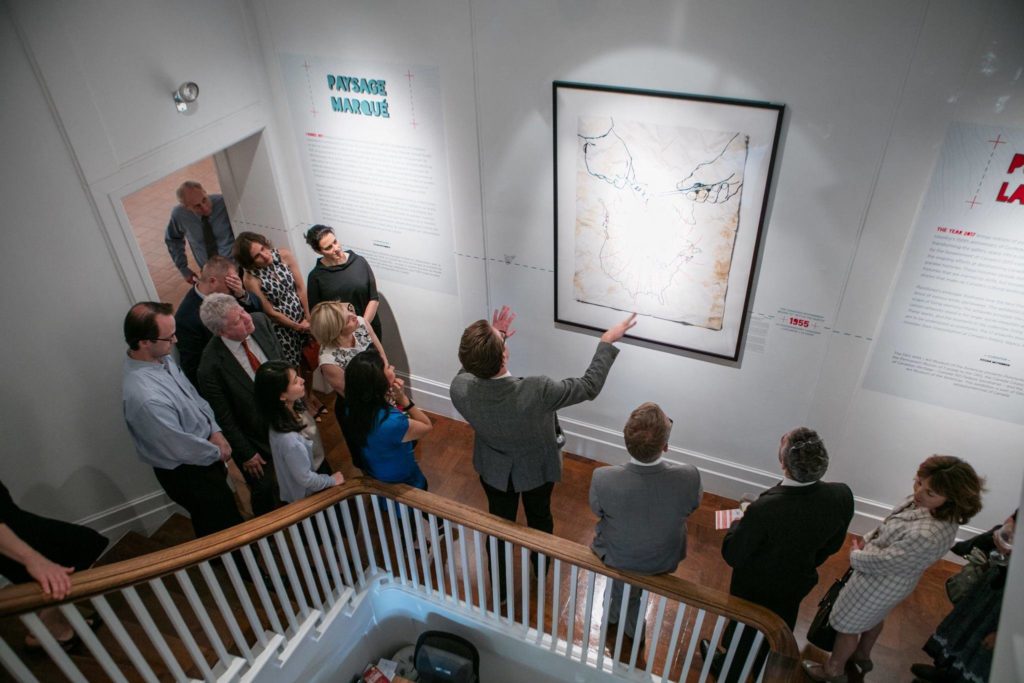 Arts managers and administrators are key to making exhibitions happen. But their working conditions and compensation remain stagnant. Photo: Canada Council for the Arts Facebook page.

Is this any way to run an arts sector? Probably not.

But it’s still the way many non-profit arts organizations in Canada treat their workers, according to a new study.

The 2017 National Compensation Study – For Managerial and Administrative Positions in Not-for-Profit Arts Organizations was recently released by the Canada Council for the Arts and the Department of Canadian Heritage.

The study, last undertaken in 2008, is based on polls of 426 organizations in the not-for-profit cultural sector in Canada, measured across 21 benchmarks. And the results are not pretty.

According to the study, average wage increases in Canada’s non-profit arts sector still need work. “For organizations with operating budgets of $250,000 to $1,000,000 (representing 44% of the survey respondents), the real wage increase is calculated to be 3.9% over nine years (0.43% per year), well behind the all industry average real wage growth,” states the study findings.

“The study also confirmed that arts organizations continue to lag behind the general not-for-profit and private sectors in many areas of compensation and benefits,” says the research.

What’s more, “the prevalence of benefits [in arts orgs], such as dental and vision coverage have dramatically decreased” since 2008—and the “scope and frequency of benefits offered across the cultural sector are disproportionately lower than what is offered in other sectors.”

And while some non-profit cultural organizations do offer more retirement savings plans to select employees, the fact remains that the overall prevalence of retirement savings across the cultural sector remains quite low relative to other sectors. Most often, it’s used only for upper management ranks.

These findings have real consequences for both artists and art publics in Canada, says Susan Annis. Annis is executive director of the Cultural Human Resources Council, which helped undertake the study.

If workers in arts organizations are under-paid and poorly compensated, Annis points out, “then they are unable to give artists the support they need to exhibit or perform.”

What’s more, non-profits that focus on service to artists are “less able to provide support if they don’t have a solid administrative team there to do it.”

The public is also less well served when arts managers and administrators are poorly paid.

“It plays out all the way down the line,” says Annis of poor pay for arts organizations. “Then the public doesn’t experience the arts in the same way, and the sector is weakened further.”

On the more hopeful end, Annis says that some things are improving—like recognition of the need for decent working conditions, even if those conditions aren’t met across the board.

“For many years, the Cultural Human Resources Council has been focusing attention on the situation of management in the cultural sector, because they have long been undervalued and underpaid. For many years, the emphasis was only the art.” says Annis. “And I think there is shift now where people are recognizing that this [HR] part of the sector needs to be strong. I think boards realize that and not-for-profits too, and efforts are being made to raise salaries, and raise compensation.”

Another shift Annis has noted—better conditions are also being more clearly demanded by arts managers themselves.

“People coming in as managers now are wanting to have decent conditions that they can work in,” Annis says. “We now have people who have passion, but also have expectations. The arts need to up the ante if they want to hire good administrators and keep them.”

This story was updated and corrected on May 10, 2018, in accordance with a May 7, 2018, revision of the study. The original study showed Average Wage Growth at -.1%. The revised study shows positive wage growth, though lower than average in much of the sector.