2009 Windsor Biennial: Kick Out the Jams 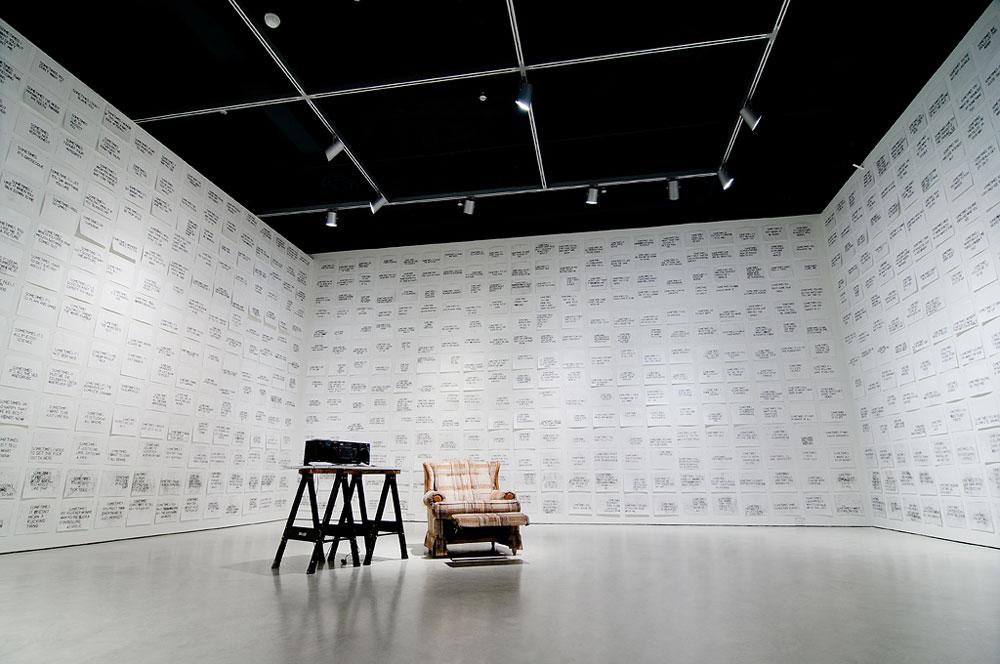 With General Motors finally declaring bankruptcy this week, there’s no doubt that these are desperate times for industry and community on both sides of the Windsor-Detroit border. But this unprecedented socio-economic uncertainty might also signal a time for regrouping, reflecting and generating new ideas—prime territory for the region’s artists, many of whom are featured in the 2009 Windsor Biennal. Earlier this week, exhibition co-curator Lee Rodney—who recently completed a visiting Fulbright research fellowship at the North American Center for Transborder Studies—shared some thoughts via email with Canadian Art’s Bryne McLaughlin. Their exchange touched on regional perspectives, international trends, cultural restructuring and more.

Bryne McLaughlin: Biennial art exhibitions have become key points of convergence in an increasingly transnational or borderless art world. The Venice Biennale, which opens this week, is perhaps the foremost instance of this globalized art world phenomena. The Windsor Biennial is a regional exhibition, yet, situated in a border city, it is uniquely positioned to take up this larger discussion of the separations between and commonalities shared by nationalities and cultures, namely between Windsor and Detroit. The exhibition’s title, “Nine Miles South of Eight Mile,” alludes to this idea of a close separation. How have you seen this dialogue play out in the work included in the biennial?

Lee Rodney: The Windsor Biennial was conceived by James Patten in 2005 as a kind of tongue in cheek response to the proliferation of international biennials, especially as destination points. Some people mistake it for an earnest or naive attempt to put Windsor on this circuit, but in essence it is a resolutely regional juried exhibition open to those artists living within a 100-mile radius of the Windsor/Detroit region. Even though globalization has increased the awareness of a geographically expanded art world, I think there has also been a reaction against the homogenizing tendencies of major biennials.

The Windsor Biennial breaks with the more general trend of having a specific curatorial mandate, so it’s really a snapshot of what’s been going on in the region over the last two years. The jury is comprised of one local and two external curator/jurors: this approach undoubtedly has its drawbacks, but it’s also quite interesting as you don’t know quite what you’re going to end up with.

Detroit is an exceptionally difficult place to read as an outsider and it has taken me the better part of five years to piece together and comprehend the city’s aesthetic tendencies. Conceptualism had no lasting impact and a lot of work is made up from the material history of the region—thus assemblage has become a dominant trend. When you start to understand the history of the region, it makes sense that artists working in the last four decades probably had no time for the abstractions of conceptualism. I can think of no parallel in Canada and I think both external jurors (David Diviney and Mathieu Beauséjour) were a bit perplexed by many of the submissions which seemed like a bad hangover from Abstract Expressionism: Joseph Cornell meets Jackson Pollock.

On the other hand, post-conceptualism is the dominant idiom in contemporary Canadian art and Iain Baxter& has had a major impact on pretty much everyone living and working in Windsor. The two cities are pretty disjointed in this respect and it’s impossible to suggest that there is a common regional approach of any kind. One of the aims of the Windsor Biennial is to get more dialogue going between the two cities. In the future it might be interesting to broaden the scope in terms of the region the Windsor Biennial could represent. Windsor has much in common with cities in the Rust Belt and the economic and cultural issues facing places like Cleveland or Buffalo are very similar. Hamilton is also interesting in this framework even though it is very close to the Greater Toronto Area.

BM: From an outsider’s point of view informed by dire media reporting on the imminent collapse of the automotive sector, it would seem that Detroit and Windsor are fixed in a spiral of decline. Yet it’s a region with a notable cultural legacy from the iconic (albeit crumbling) architecture of downtown Detroit to the European masterworks collection at the Detroit Institute of the Arts. What’s more, the Art Gallery of Windsor got a new building in 2001, the Museum of Contemporary Art Detroit opened in 2006 and the DIA just completed a full-scale renovation. So would it seem that amidst a massive economic downturn there’s also evidence of a cultural upswing in the region?

LR: The Detroit Institute of the Arts and the Art Gallery of Windsor are representative of the museum building or museum expansion phase that began in the 1990s and only just ended with the global financial meltdown. I think MOCAD represents a different trend. It didn’t open until 2006 and it is exceptionally modest in terms of its architecture, which is a cavernous industrial space that had a former life as an automobile showroom and quite possibly a few other things. Although the DIA and AGW are venerable and essential institutions, MOCAD seems to indicate that there really is a critical mass of artists that are committed to Detroit as a contemporary city. There are also some really interesting artist/architectural collectives that are establishing practices that are specific to the region. Windsor is a bit of a urban planning disaster, but Detroit is still quite beautiful. Considering the current circumstances, that is an interesting challenge to many people in the arts.

I also think that with the death of the auto industry there is perhaps a naive sense of liberation and a strong desire for change. Whether this upswing will continue is anyone’s guess. There are a lot of funding cuts that will have a negative effect both sides of the border, but the arts community is pretty resilient and resourceful here, so hopefully things will continue in the same direction.

BM: The region was also the site of some defining moments in 20th century history. I’m thinking here of the 1967 race riots in Detroit or the Port Huron Statement, drafted by Students for a Democratic Society in Michigan in 1962. There are of course many revolutionary cultural touchstones linked to the region as well, from Motown to the MC5 and the Stooges to the work of artists Mike Kelley and Jim Shaw, both of whom graduated from the University of Michigan. Are artists in the exhibition/region responding to this historical-cultural legacy? If so, how? If not, why not?

LR: Although many people still recall Detroit burning, I think that date is finally starting to recede in the cultural memory. Urban historians are starting to draw parallels between the 1967 riots and those in the 1940s and 1890s and to read class and labour history on a longer historical register rather than seeing it as a single explosive moment. However, I think that any references to Detroit’s best known histories in the work on display here are indirect rather than overt: Brian Barr’s icons of masculinity are certainly dressed up in clothes that signify Detroit’s pop history, from roller skates to the flashy machismo of Tom Selleck’s standard outfit (Hawaiian shirt, mustache and ball cap). Chris McNamara’s film Establishing Shots: The Use of Movement references several Detroit locations only long enough to point to the disjointedness of the city and the way in which it can stand in for the generic emptiness of American cities during the 1970s and 1980s.

But the larger historical referents are certainly not in focus here. I think some of the artists chosen for the last Windsor Biennial in 2007 were more representative of the cultural legacies of the Detroit punk scene. In that exhibition there were many brutal, grubby assemblages that defied the coolness of much contemporary art produced elsewhere. But Detroit techno has also had its impact on the cultural consciousness of the region (for better or worse) and there is a lot of work coming out of the area now that is ironic, cool and clever. There are of course good and bad examples of both genres; either way it is undeniable that music has an enormous cultural influence here that outweighs the visual arts, though that could soon be changing. (401 Riverside Dr W, Windsor ON)