Tris Vonna-Michell Q&A: From Montreal to the Turner Prize 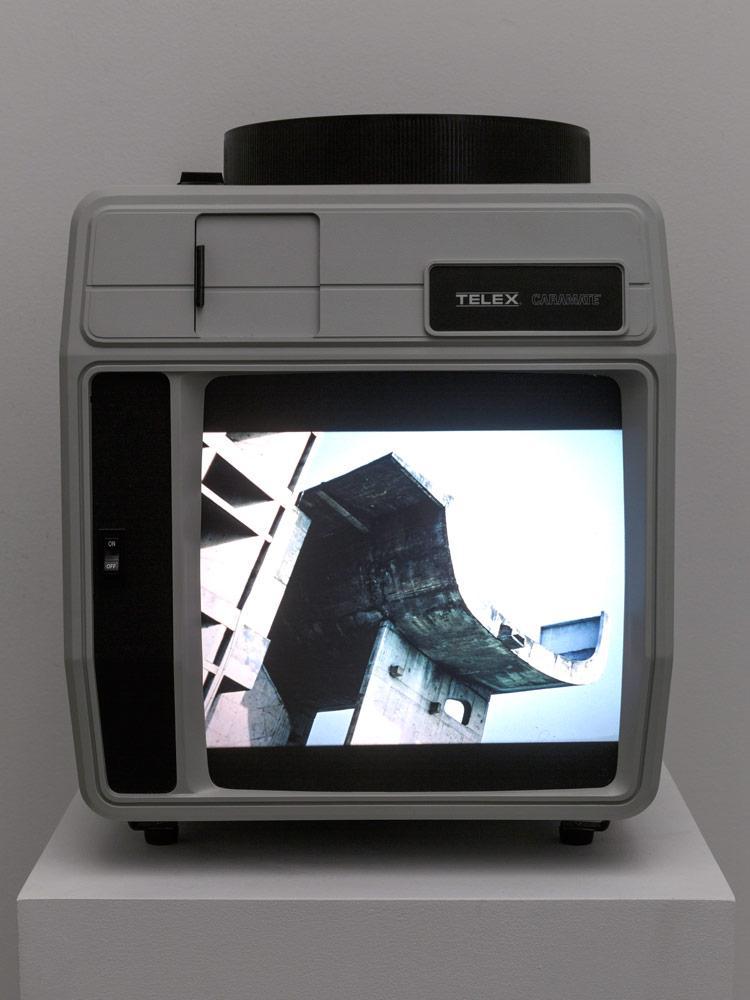 Installation view of Tris Vonna-Michell's Capitol Complex, 2012–ongoing, at Gallery TPW, May 10 to June 7, 2014. Courtesy the artist and Gallery TPW.

Installation view of Tris Vonna-Michell's Capitol Complex, 2012–ongoing, at Gallery TPW, May 10 to June 7, 2014. Courtesy the artist and Gallery TPW.

Call it a case of perfect timing. When British-born, Stockholm-based artist Tris Vonna-Michell learned at the beginning of May that he had been shortlisted for the 2014 Turner Prize, he was in the middle of a six-month production residency at Darling Foundry in Montreal. An unexpected turn of events no doubt, but it’s a scenario that is, in a way, tailor-made for Vonna-Michell. His practice—which ranges across analog media, soundtracks and scripted site-specific performances—has long tested the overlapping boundaries between time and place, positioning auspicious coincidences and unpredictable turns of event as a kind of narrative guide to the ebb and flow of personal existence.

As it turned out—despite a cold winter—Montreal was not a bad place to be and in the weeks that followed the Turner Prize announcement, Vonna-Michell threw himself into intensive production on a new film installation that stands a good chance to figure prominently in his exhibition at Tate Britain this fall.

This evening (June 19) at Darling Foundry, Montreal audiences get an exclusive preview of that new work. Here, Vonna-Michell takes a few minutes out from last-minute preparations for an email correspondence about his time in Montreal, the Turner Prize and the work that may well make international art-news headlines in the months to come.

Bryne McLaughlin: At the end of this month you wrap up a six-month international studio residency at Darling Foundry in Montreal. Can you tell me about how that came about and what your experience has been like?

Tris Vonna-Michell: I applied for the international residency at Darling Foundry with the intention of starting a new work and exploring the medium of film. It took a while to get started with the film work, mainly due to the fact that I was installing my show at VOX in February while also trying to acclimatize and cope with the incredibly harsh and long winter. Once the filming began the residency started to take shape, and it’s now turning out to have been quite a productive time.

BM: Much of your work is responsive to time and place. What were the main aspects of the project that you had in mind when you arrived in Montreal?

TVM: Mainly in the sense of production, in wanting to work with 16mm film, a new medium for me, and explore some ideas of documentation and preservation.

BM: You’ve also shown work while you’ve been in Canada with exhibitions at VOX in Montreal and Gallery TPW in Toronto as well as presenting an “editorial experiment” with your Stockholm project space Mount Analogue at Artexte and Art Metropole. The common thread between the two exhibitions was Capitol Complex (2012–ongoing), a roving narrative installation that weaves around a written script, a spoken soundtrack, a telex machine (in Montreal) and photographs, all based on how three “characters” experience Le Corbusier’s Modernist architectural mecca in Chandigarh, India. You’re known for extended studies of a narrative pathway or pulse, and how that tone and direction can shift in unexpected ways over time, place and media. No two iterations of a work is the ever same. Can you say a bit about this approach to storytelling-in-flux and how that played out in the differences (and the consistencies) between the Montreal and Toronto versions of Capitol Complex?

TVM: For the VOX show, Capitol Complex was more fractured because it was devised as two works, and presented in separate spaces. Also, I wanted to work with the idea of various sound compositions spilling and merging in the space. At VOX I showed three installations and tried to see how they could co-exist in the same space, enable and disband other relationships and meanings. For the synchronized slide installation I also integrated a French spoken word dimension. So the Capitol Complex version at VOX was specific to space, sound conditions and language, whereas at Gallery TPW it was more contained. The version at TPW was also a new display for this work, it was more in relation to ideas concerning montage, framing, mapping and layering within a table construct.

BM: It happened, too, that during the time you’ve been in Montreal you were announced as a finalist for this year’s Turner Prize, which must be a daunting, though not undeserved, prospect. How did the news hit?

TVM: I received the news in May, but perhaps due to being in Montreal there’s been a good distance so it feels less daunting. On the flip side, having to prepare a show for September, with only a few months preparation time makes being in Montreal less ideal. At this stage of planning whilst also producing new works or iterations I would prefer to be back at my studio in Stockholm. Since arriving here, however, I have been working on the film, so with the Turner Prize exhibition in mind it has given me a greater incentive to try to complete it before returning home.

BM: This evening, you will be previewing the film you’ve been working on during the residency, which also may figure in the Turner Prize exhibition. Can you tell us a bit about the project and what role Montreal has played in it’s realization?

TVM: I will do a presentation at the Darling Foundry, reflecting on the residency as a whole and also screen the film, in its current incomplete form. It might be shown at Tate Britain in September, but since it’s in-progress and I haven’t made a site-visit yet, there are still many decisions to be made. In terms of Montreal and the film coming together on a practical level I’ve been very fortunate to work with some great professionals such as camera operators, editors, sound engineers as well as processing labs, rental companies and editing suites. To work on a 16mm film, with all its analog and idiosyncratic aspects, and as my first excursion into the medium, I found Montreal to be a very supportive and engaging city.