Aida Muluneh: From Ethiopia to Canada and Back Again

Aida Muluneh is shown from New York to Johannesburg, Basel to Addis Ababa. But few know that her photo love began in a tiny high-school darkroom in Calgary. 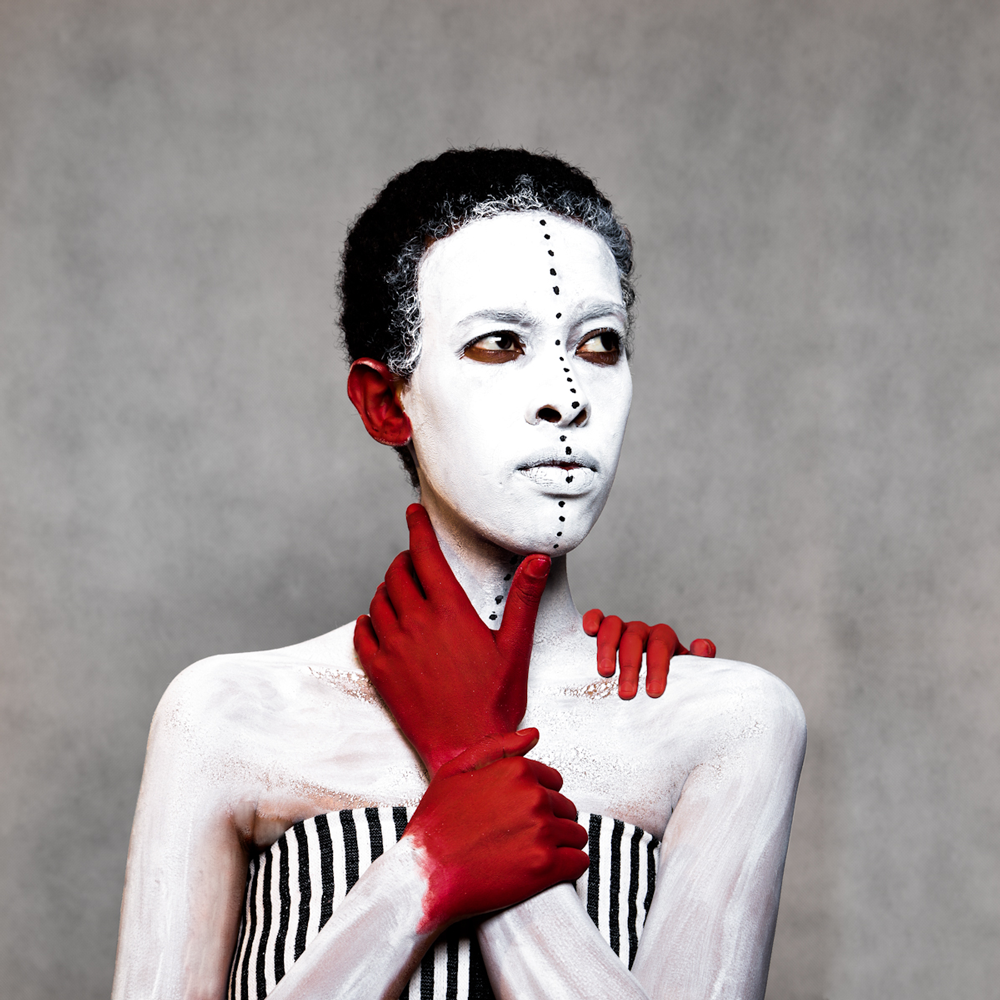 Aida Muluneh is a photographer with a world-spanning practice and reputation. In 2016 alone, she had shows in New York and Johannesburg, continued to run the biennial Addis Foto Fest (which she founded in 2010), did a TEDx talk, and extended her photojournalistic and artistic practices. Her artwork is in the collection of the Smithsonian, she has won an award from the European Union, and she has spoken at Art Basel and at New York’s ICI, all while her photojournalism has been published by outlets like the Washington Post.

But few know that Muluneh’s roots in photography reach back to a very particular, and Canadian, place: namely, Western Canada High School in Calgary, where she lived as a teenager before moving on to study film at Howard University in Washington, DC, and eventually back to her Ethiopian homeland.

Now, for the first time ever, Muluneh is having a solo show in Canada. It’s at VivaneArt, a brief 15-minute walk from the high-school darkroom where Muluneh made the very first photographs that set her on her creative path.

Here, in an email interview with Canadian Art, Muluneh talks more about her art, its origins, and more.

Leah Sandals: I understand from a previous interview that you were introduced to photography during your years at Western Canada High School in Calgary, and that, there, you began to understand “how images could create or distort realities.” Can you tell me more about how this happened, and how you came to understand that images could operate in this way?

Aida Muluneh: It was actually Western Canada High School that introduced me to photography, but it wasn’t until later on that I understood the power of the image. Having spent a great deal of time outside of my country, the images that I saw of Ethiopia were always one-sided, and didn’t offer the complexities of the place that I called home.

In this sense, the image played a big role in how the world saw us, and some of these images still remain embedded the mindset of those who have not been here. Hence, photography became my life passion. 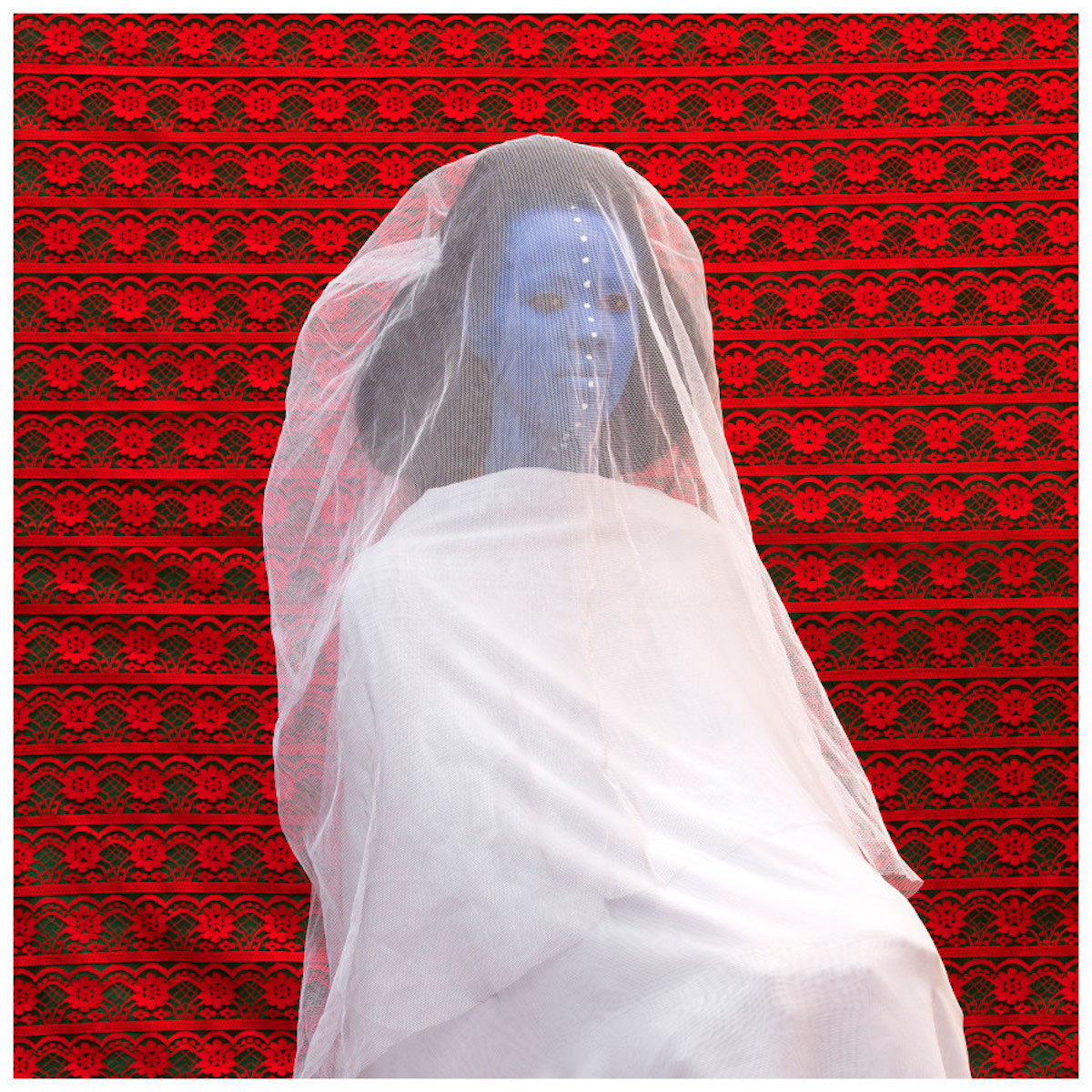 LS: You have had great success since leaving Calgary—founding the Addis Foto Fest, winning awards in Europe, working for the Washington Post, showing at the Smithsonian. What does it feel like for your work to return to Calgary after all these years in the form of a solo show?

AM: The ironic thing for most of my career has been the fact that I have exhibited my work in many places around the world, but have had limited opportunities in Canada to showcase.

Even stranger has been the fact that I am in the permanent collection at the Smithsonian; I am recognized more in the United States than I am in the place that opened its doors to me as an immigrant. I unfortunately left early on because I felt that as a person of colour in the creative world, there were unspoken limitations that hindered the full spectrum of the objectives that I wanted to accomplish—not only of my personal career, but the need for more diversity in the art world in Canada.

With all of this said, my work showcasing in Canada is actually more of a “thank you” to those teachers in my high school who gave me the foundation and were encouraging from the start. For this, I am forever grateful to them.

AM: To me, everything is linked—one inspires the other. However, my preference for my journalism world is deeply imbedded in my passion for black-and-white photography, while my fine art is vivid colours. 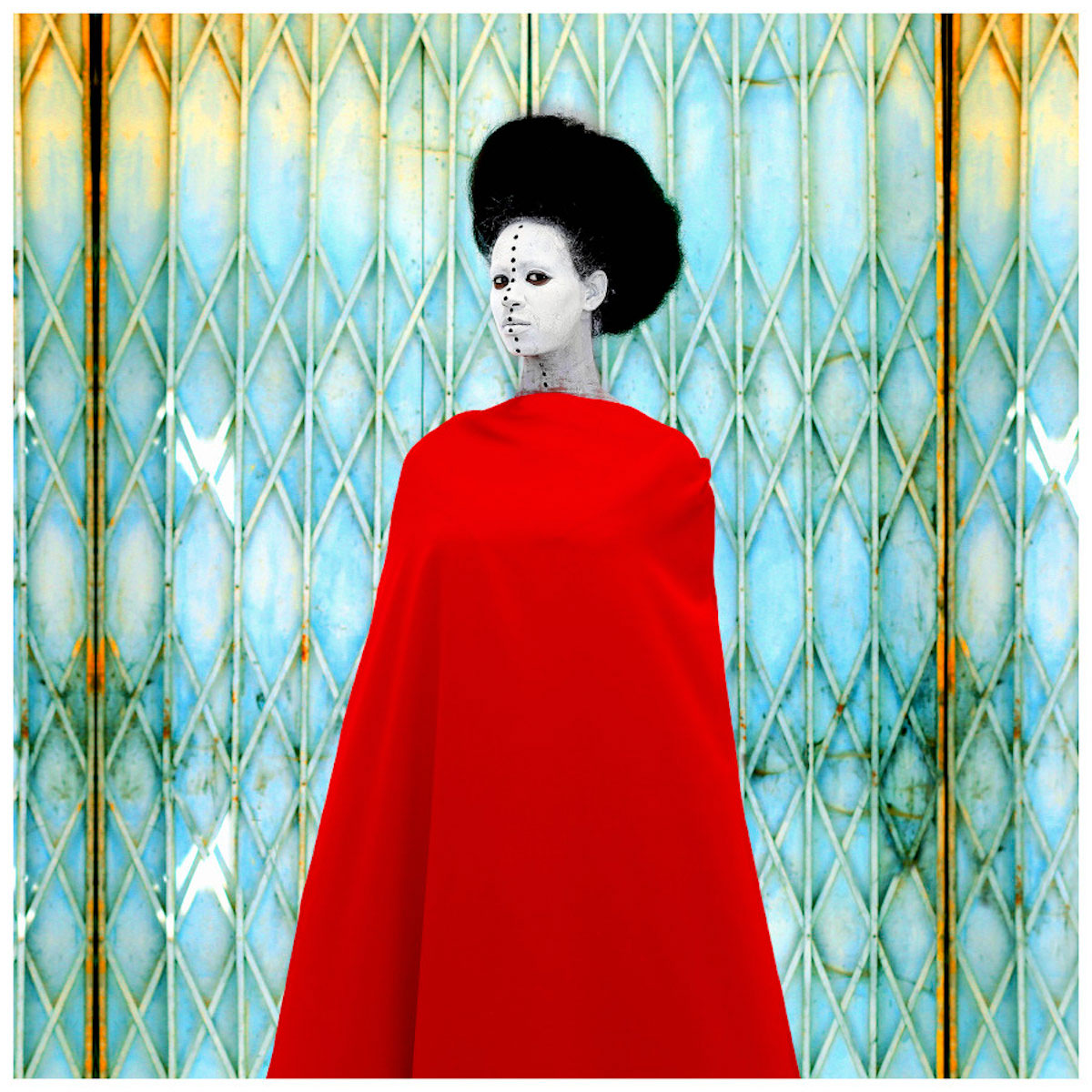 LS: Painted faces and bodies are one of several striking motifs in your photographs. What does the body painting and painted faces bring to the photos for you?

AM: The collection that I have been working on for the past few years is inspired by traditional body paintings from Ethiopia, and also looking at global traditional cultures. I have found that elements from traditional societies are far more complex and, in fact, more contemporary in their approach—not only to body decorations but also in all the forms of handcrafts.

I mean, Picasso took from Africa and made it his own, when, in fact, artisans were producing highly complex patterns in spiritual motifs, or even in everyday household items, for an even longer time.

Hence, my approach has been combining elements of past traditions, but utilizing them in a form that brings them into the future. In a few interviews, there is this notion to categorize my work, but I am simply doing what I enjoy and sharing with the world elements of the richness of cultural heritage in Africa, while also telling stories of my personal experiences through each frame.

LS: I am curious about what photographers you feel have been influential on your practice. I know from your recent TEDx talk that you look at a lot of archival photographs. Can you share a few of the artists or artworks you look to for inspiration?

AM: As I started out, my work was primarily inspired by African-American photographers such as Chester Higgins Jr., Harlee Little, Gordon Parks and Dudley Brooks. They gave me guidance and the value of remaining true to the path, regardless of whether it is popular or not.

While entering fine art photography, my work is influenced not only by other photographers but by poets, painters, musicians and so forth—for example, Nick Cave, who is one of the artists at the forefront of Afrofuturism. 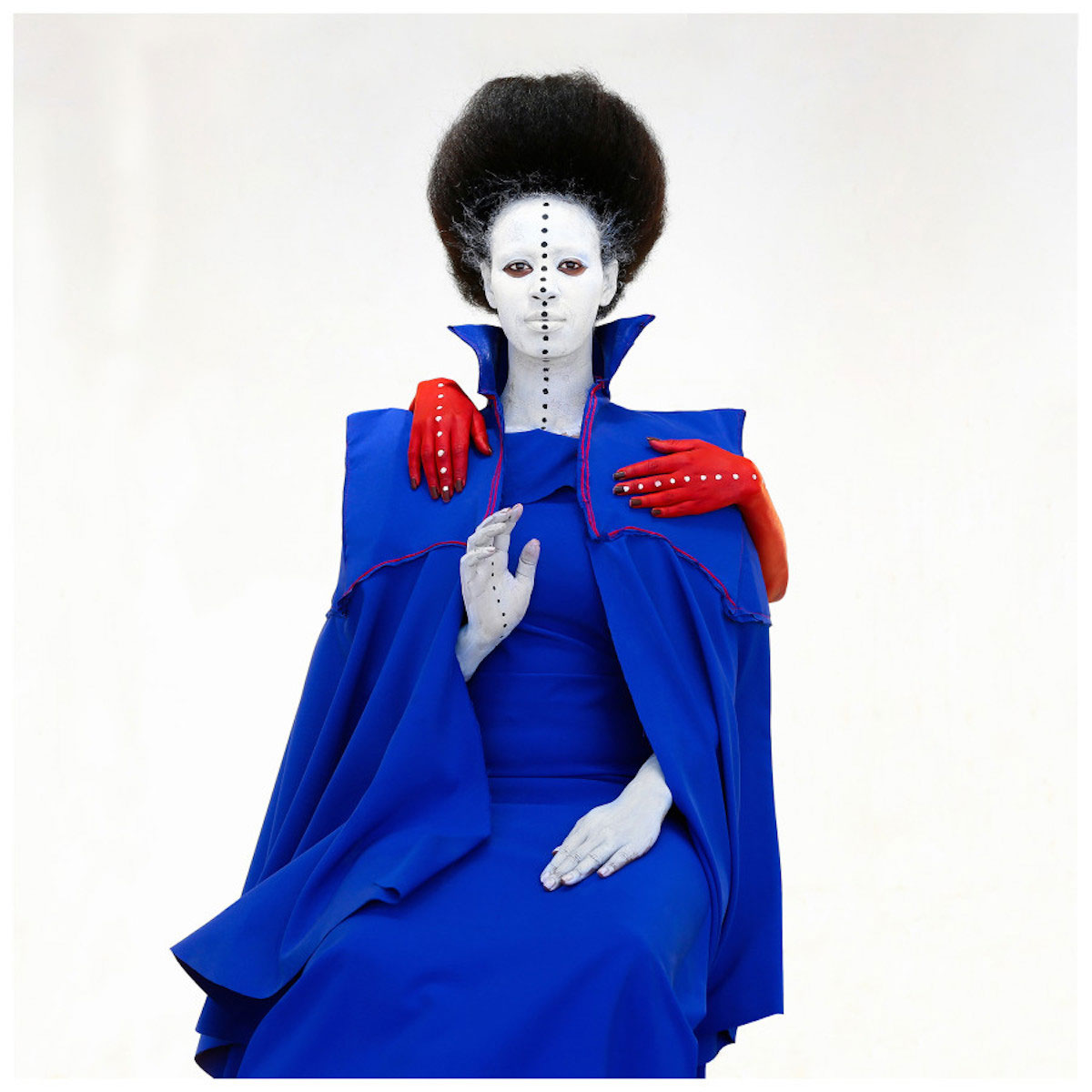 LS: In your TEDx talk, you said that using photography as a form of advocacy for your community has been important to you, as is correcting misrepresentations of Ethiopia abroad. Can you tell me more about using visual communication for change, whether in your own photographs, or in photo-training workshops provided through your organization Desta for Africa (DFA)?

AM: There is no denying that we live in a visual world, in which misrepresentations of one group of people are harvested through various media outlets. We also live in a world that markets the misfortunes of others for the purpose of gain, or to validate a sense of superiority, while, in their many backyards, a different storm is looming on the horizon.

Hence, my return to Ethiopia 10 years ago was first to develop new image-makers and for them to understand that, as witnesses of our generation, we have an obligation to document and share with the world the other side of the story, instead of the one that we see through the foreign gaze.

This is not to say that we don’t have challenges, nor that everything is perfect. But it is to show that in the midst of it all, we have to use the tools that we have to educate those within our borders and those beyond. Therefore, through DFA we are not just a communication company, but also one that strives to engage photographers, government and society on the roles of photography.

LS: Is there anything else you would like viewers to consider when looking at your exhibition in Calgary, or at your artworks elsewhere in the world?

AM: I would like the audience to explore the multitudes of contemporary art that are being produced in Africa. 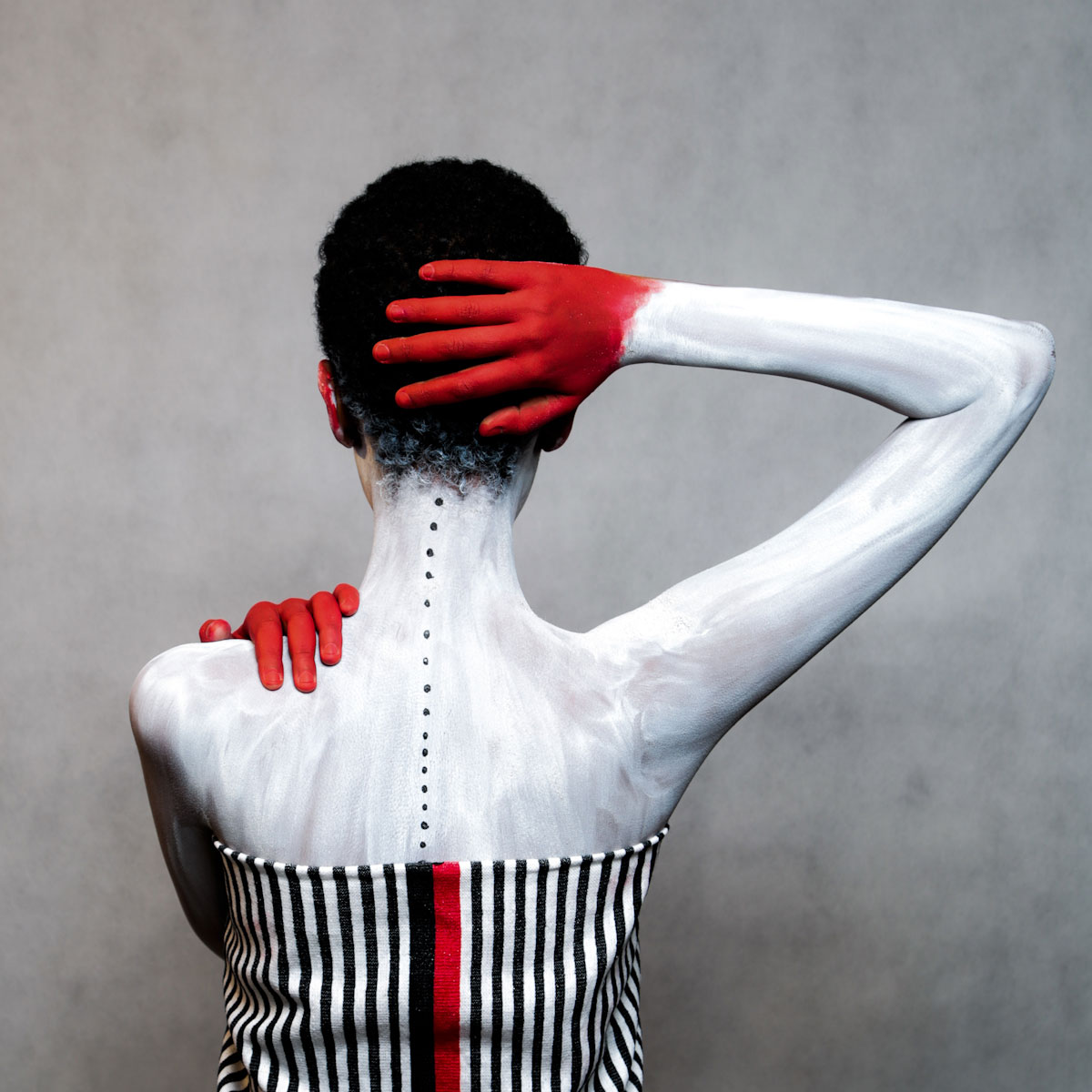