Who Has the Right to Art?

An introduction to Vancouver’s perpetual housing and unaffordability crisis 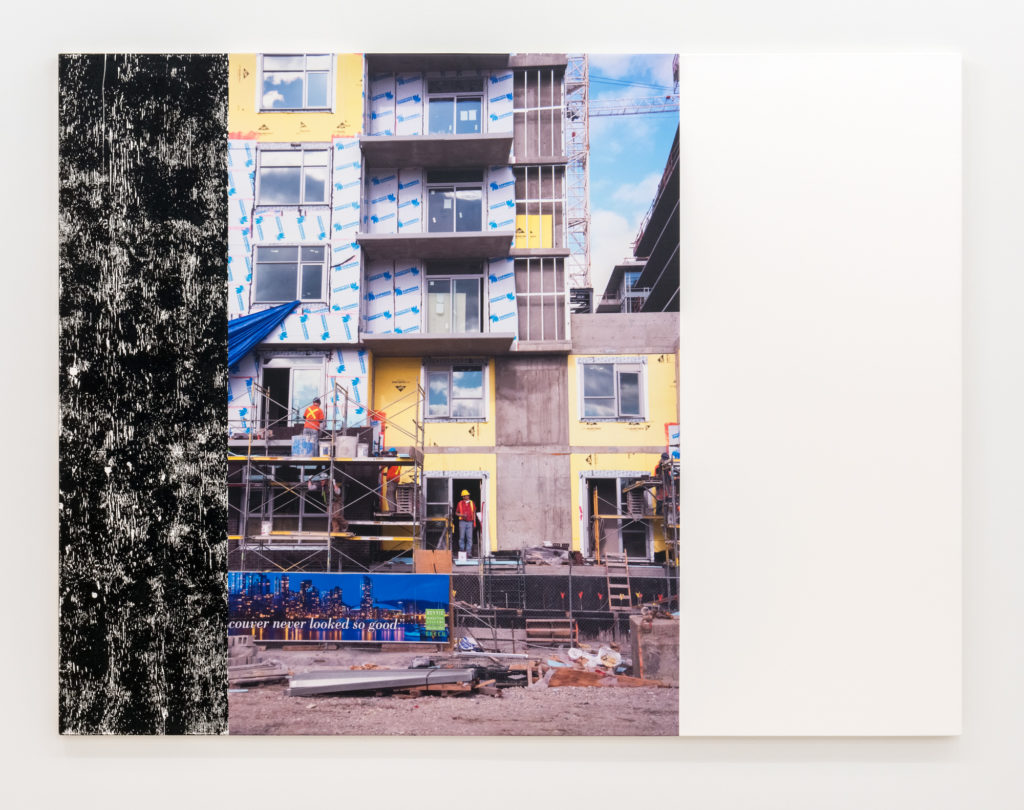 It’s an observation that now reads as a truism: “When you’re in Vancouver, within artistic communities, it’s hard to spend more than 15 minutes at a social gathering without talking about the cost of rent or knowing of someone who is being evicted,” says Am Johal, director of community engagement at Simon Fraser University’s Vancity Office of Community Engagement.

In my day-to-day in Vancouver, I find myself preoccupied with constant reminders of my own impermanence. Exiting my beloved Mount Pleasant rental apartment, I’m hit by a thud of anxiety each time I see a development notice erected in my neighbourhood. I pass by so many of my once-favourite galleries (and former places of employment), now repurposed or left empty. Friends and artists leave. Those of us who remain spend most of our time defending the choice to stay. Our defence often sounds optimistic, perhaps naive: staying here and making art is important, too.

In this five-part series, I intend to think through how the housing crisis is having an impact not only on the production of art in Vancouver, but also on art’s responsive and changing communities. Issues of unaffordability, including high rent and inaccessible housing, go beyond dwindling supplies of accessible gallery, home, institutional and studio spaces. Complicating these issues is that artists and art centres are often themselves gentrifying elements within a city, a phenomenon already long-acknowledged and in-process in Vancouver. If we know well by now that unaffordability generates and exacerbates inequality generally, it feels necessary to emphasize that it also generates and exacerbates inequality, and tension, including class stratification, within artistic communities, too. It can be a contradictory conversation or, at least, a circular one. But if we acknowledge the role of the arts in gentrification, we should be looking deeper at what this disparity of opportunity in culture comprises. If the art community is asked to navigate, evade or compromise an ever-tightening commercial grip, we should really be talking about who in that community is benefiting, and suffering, most from unaffordability.

The severity of the situation has had an impact on the makeup of the entire city.

“Worse on virtually every level,” is how former United Nations Special Rapporteur Miloon Kothari described Vancouver’s housing crisis to the Tyee in 2017, in contrast to comments made during his first visit in 2007. The interview, conducted by Johal, became the expert confirmation many in Vancouver had been waiting for. Kothari’s assessment in 2017—though there have been some improvements since British Columbia’s provincial change in power that year—remains largely true today. Vancouver’s housing crisis most acutely endangers the poorest and least privileged in the city, and has escalated to a humanitarian emergency in the Downtown Eastside, but the severity of the situation has had an impact on the makeup of the entire city. “It has permeated the city in a fundamental way,” explains Johal, “in terms of how do we grapple with [living] here in these moments of crisis.”

For many artists in Vancouver, gentrification, affordability and their own practices are in close correlation. Vancouver-based artist Rebecca Brewer became involved with advocacy group the Vancouver Tenants Union when her own Mount Pleasant apartment was threatened with renovictions. Though she views her activism as separate from her art practice, she recognizes a change in the art community’s response to housing inequality. “I think there are a lot of artists in the community who are being politicized by these changes,” Brewer says. “So they are getting really involved, even if their work is not necessarily reflecting it.” Brewer recognizes that under the pressure of unaffordability in the city, inequalities stemming from existing privilege and power are made worse. “[What] I think unfortunately changes for the worse is the ability of people who are from socio-economic backgrounds where they don’t have support in place to [be protected] from the financial risk of making work. I think there’s a likelihood that it’s stratifying the art community in ways that haven’t been fully realized yet and that will be more and more obvious over time, and that is so upsetting to me.”

It’s possible to see divisions within the community becoming more profound. A 2018 event held at 221A and organized by W.W.A.S. (Josh Gabert-Doyon, Gabi Dao, Byron Peters and Brit Bachmann) “Bite the Hand That Feeds: Forum on Art and Developer Money,” highlighted the diversity of opinions when it comes to artist access to financial support and artwashing—that is, deploying artists’ work, through public art and other projects, to make development seem more humane and palatable to the communities it’s displacing. Of recent, Vancouver-based development company Westbank Corp, founded by Ian Gillespie, has presented marketing campaigns centred around art, such as the company’s 2017–2018 controversial “Fight for Beauty” pop-up art show at the Fairmont Pacific Rim hotel, which defined itself as “The fights that build cities and culture.” Real-estate marketer Bob Rennie has long been at a similar axis—both the “Condo King” as well as one of Canada’s most prominent collectors and arts patrons. Both Rennie, who declined to comment, and Gillespie, who did not respond to an interview request, tout fine art as a central selling point of their Vancouver real estate projects.

The Vancouver Mural Festival was one of the most hotly debated topics, because it gave money to a lot of artists, compensation made possible through tenuous ties to real estate and development in Mount Pleasant, and increasingly in other parts of the city undergoing gentrification. “I can’t remember the context, but I heard this term recently, ‘woke washing,’ and I can see how that [tactic] was being used by the Mural Fest,” says Brewer, who gave a memorable speech at the forum. “When people would bring up the possible, tangible effects of their projects having profound utility for the development industry, [Vancouver Mural Festival] would argue that they are giving opportunity to a lot of Indigenous artists, which of course is wonderful, and then it’s like an attempt to nullify one argument with another that is kind of unrelated, actually, but still really important. Hence, the woke washing.”

“There aren’t a lot of ways to enter art proper—and I think that art proper has been very much in the realm of the west.”

Art’s connection to and dependence on centres of power creates a compounded set of problems. Vancouver-based artist and University of British Columbia professor Dana Claxton describes how in Vancouver, a city where much of the financial opportunities are given to artists who work within more conceptual fields, there are significant hurdles in accessing payment in exchange for art: “Contemporary art is very demanding…not everyone can go into that fold,” Claxton says. “If we think of artisans, or people who are working very commercially, but not within the critical, connoisseur area, there aren’t a lot of ways to enter art proper—and I think that art proper has been very much in the realm of the west.” Barriers to those fields Claxton calls “art proper” often take form in conditions for entry, like graduate-level education. “Art should be a right. It should just be your right,” Claxton says. “But it also resides within the realm of class and privilege, and within taste and judgement.”

Brewer, who is represented by one of Canada’s largest commercial galleries, Catriona Jeffries, struggles with her financial dependence in an industry she sees as in conflict with some of her personal views on affordability in the city. “I don’t know if I want to be so grandiose as to suggest that from within I can [enact] some sort of change; I don’t even know if that is possible,” she says. “I think you just have to do your best and inhabit the contradiction of it. We have to learn to deal with our contradictions and not shy away from these issues just because we feel like a hypocrite…. The cognitive dissonance has to be something we maintain.”

In a city removed from the large art markets of New York, London and Paris, Vancouver finds itself confronted with an intersection of commerce and creativity that is less concerned with global markets than it is with our own local response to how we value art and communities that make it. Entrenched in our discussions surrounding affordability are fundamental values. We have a right to housing, but—to reposition Claxton’s sentiment—who has the right to art?

This article was corrected on May 13, 2018, to reflect that while the exhibition “Bite the Hand That Feeds: Forum on Art and Developer Money” was held at 221A, it was organized by W.W.A.S. (Josh Gabert-Doyon, Gabi Dao, Byron Peters and Brit Bachmann). 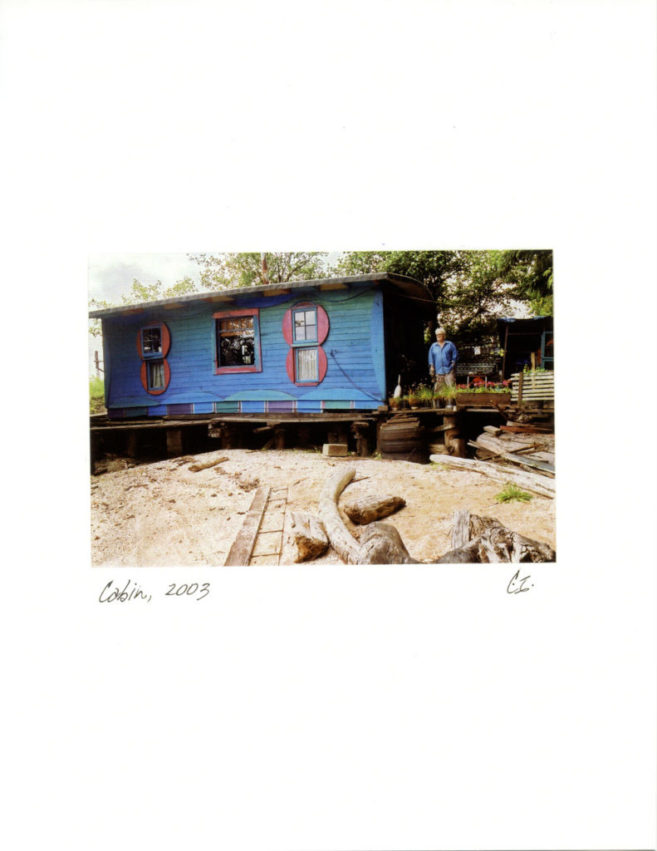