Vancouver at the Movies

Photoconceptualism has defined decades of art in Vancouver, but this branding is reductive. A closer look reveals another, stronger current: cinema 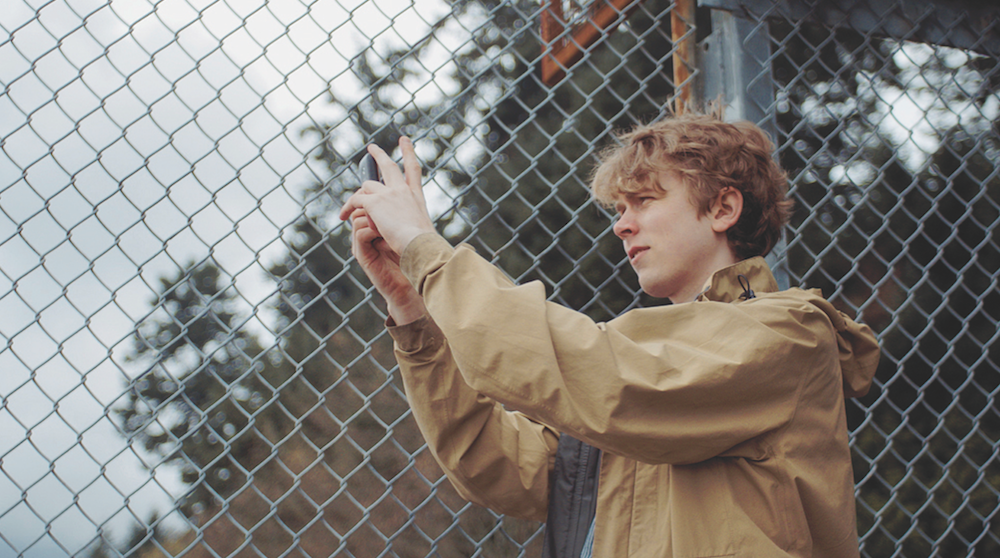 On April 17, 2016, near the Düsseldorf main train station, Jeff Wall had an opening in what appeared to be a derelict space. “Nokia 3710,” presented by the elusive Studio for Propositional Cinema, consisted of small photographs taken with a Nokia 3710 cellphone, and was mounted in a room above an abandoned abattoir infested with pigeons. It might not be what one would expect from Wall, in either content or execution, yet there it was, the sound of the pigeons fluttering below.

With ties through its members to Vancouver, the Studio for Propositional Cinema is an anonymous Düsseldorf-based collective. A sort of neo-conceptualist project, the studio attempts to deconstruct what cinema is, understanding it to be a production model, a way of making art, and refusing to differentiate between aesthetic objects, publications, performances, actions and curating. For the studio, it’s all “cinema”—even an exhibition of Nokia photographs. 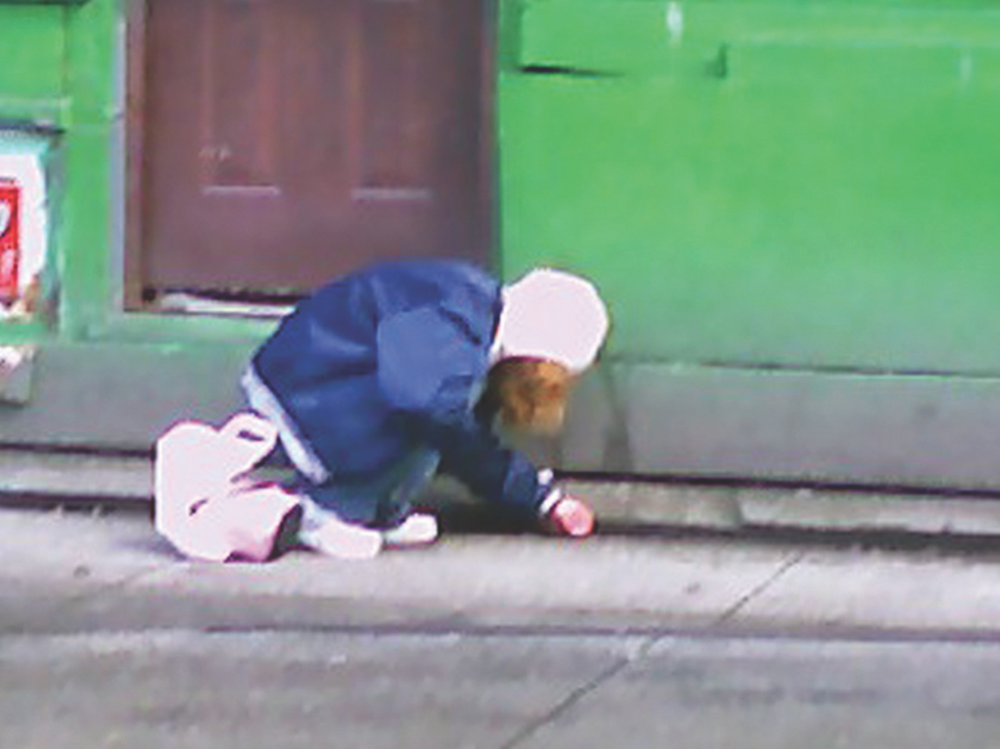 Since the 1970s, Vancouver art has had a peculiar relationship to the film industry. The term “photoconceptualism” is, in many ways, inaccurate to describe a number of Vancouver artists who came to prominence in the 1980s. To downplay the role of film, a medium that critic André Bazin, after Ricciotto Canudo, calls “the seventh art,” is to encourage a false binary between a younger generation of Vancouver artists and older ones, and it simplifies a far more complicated set of aesthetic practices. Vancouver artists often address their proximity to the city’s film industry (both its workers and its production models), but many also explore, resist and appropriate cinema as a subject and a method. Unlike artists living in larger film centres such as Los Angeles, artists in Vancouver are both far enough away and close enough to the film industry to see what aesthetic possibilities it contains for artmaking.

This is a crucial, underappreciated element of Wall’s tableaux (then followed by Stan Douglas’s and Rodney Graham’s films). What Wall called his “cinematographic” works didn’t simply look the part: they are a form of aesthetic production that mimics film-industry methods to produce art photography. Then there’s also the use of film stills, like those in Ian Wallace’s Masculin/Féminin series (1997–). Graham furthers the film-industry-as-art motif by exhibiting props from his films as sculptures, while some of Geoffrey Farmer’s sculptural installations, such as his 2002 exhibition “The Blacking Factory,” have referenced film sets in the abstract. Althea Thauberger collaborates with community groups and makes films from those collaborations; Isabelle Pauwels’s films and videos use the gallery space to complicate the medium. Owen Kydd’s near-static videos explore the legacy of neo-realism, as do artist-filmmaker Sharon Kahanoff’s. Even Roy Arden’s recent paintings mimic film stills from early cartoons. Last, Barry Doupé and Marina Roy exemplify different modes of the rarely highlighted culture of animation in Vancouver. 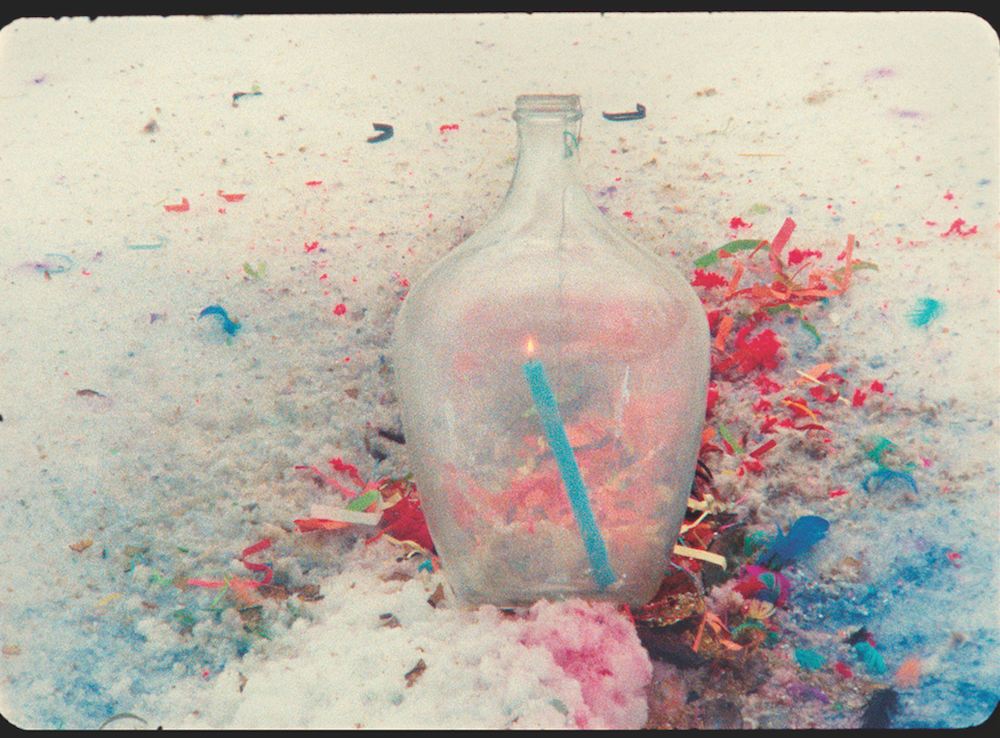 One artist whose work resonates with Farmer’s method and who is even more explicitly concerned with film is Julia Feyrer. In a recent series of collaborations with Tamara Henderson, Feyrer has been making sculptures that function as props for films and films that become documents of sculptures. Her work is skeptical of the industry and far more experimental. Shot on 16 mm, her collaborations with Henderson are exhibited as physical objects—the projector, the celluloid. Bottles Under the Influence (2013) depicts vintage bottles from the collection of the old Museum of Wine and Spirits in Stockholm, as well as those from the artist’s own collection, some of which “escape” the museum. Furthering that motif, in Consider The Belvedere (2015) the artists fabricate their own bespoke bottles, each with a distinct name and personality, which “act” in the film as amusing if beguiling characters. Feyrer’s results are a sculptural form of expanded cinema—quixotic, physical and individual.

If Feyrer highlights materiality, transforming film into an individual or intimate experience, Dan Starling tends toward a more traditional movie-theatre experience. And yet his films are disjunctive, collagist—unconventional. In The Chorus, Starling’s work-in-progress, the artist does something nearly impossible: the rough-cut made me reconsider my profound antipathy toward Star Wars: Episode III – Revenge of the Sith (2005). Starling films a group of people watching the sci-fi melodrama and discussing its politics. Bringing the anti-war subtext of Revenge of the Sith to the surface, the film highlights the way George Lucas intended it to be a critique of the Bush administration. Prior to this, Starling completed another film, The Kidnapper’s Opera (2013), a quasi-documentary about the kidnapping of business mogul Jim Pattison’s daughter with an unexpected autobiographical twist: the kidnapper was Starling’s sister’s ex-boyfriend. Imagine Harmony Korine meets Chris Marker. 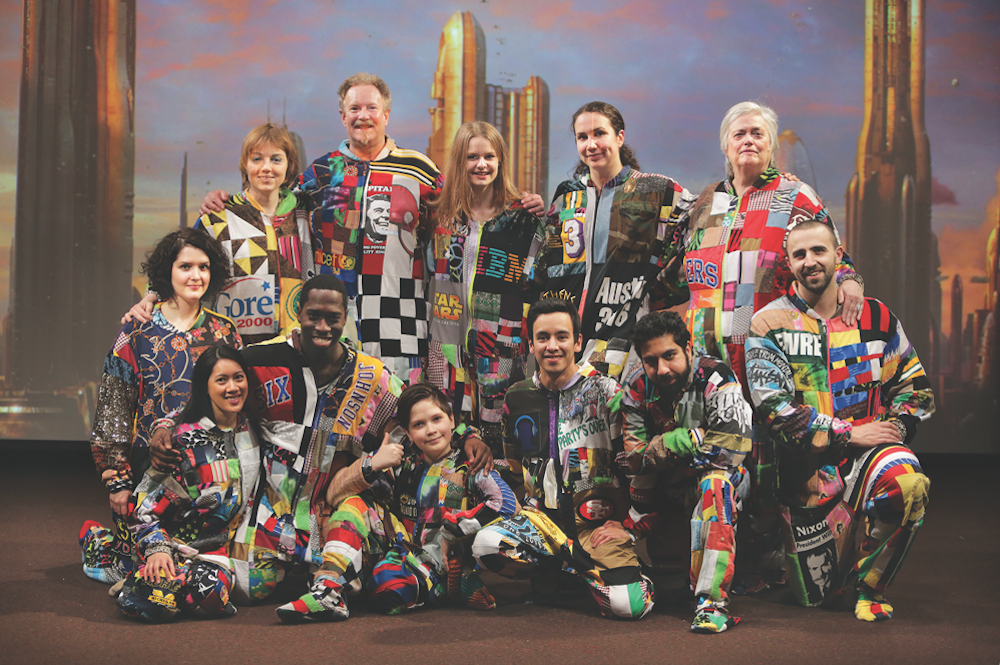 Vancouver’s filmmakers are inversely engaged with contemporary art. The documentary #artoffline, directed by Manuel Correa, explores the effect the Internet has had on art. He interviews a number of artists, curators and critics: Mohammad Salemy, Clint Burnham, Julieta Aranda and Juan Gaitán, among others. Correa and some friends noticed that many Vancouver artists either neglected to have a website or maintained one with almost no information. It got them thinking about how artists share their work, and into a more complex examination of the role of the Internet in the contemporary art world. He chose to make a documentary (not an art installation) because he wanted to find a format to express theoretical ideas clearly to a wide audience, without providing easy answers.

As #artoffline explores, the Internet has been seen by artists either as a transformative tool (think Instagram) or as a roadblock (again, think Instagram). Yet even with the Internet’s ascendency, cinema is the only remaining mainstream art form of our culture. Even in its decadent phase, cinema still holds on because the Internet has not yet developed a coherent art form, rather blurring distinctions between existing mediums such as television and movies.

At its base, the issue of cinema is an issue of audience, and perhaps this is why artists are drawn to it. Even as a new digital undertow swells to reconfigure our fundamental ideas of how culture is received and distributed, artists in Vancouver remain drawn to cinema—to rethink it, to mine its anachronisms, or to engage with what, regardless of those massive changes, remains a major cultural force. Starling admitted to me that he was drawn to cinema because of its cultural ubiquity. He also said he was drawn to its everythingness quality. He referenced Wall and Mike Kelley. Wall said that he responded to cinema because he wanted to engage his work with “the art of our time.” Kelley, likewise, said, “I wanted to make a feature film, but I wanted to do everything.”

In a strange way, Kelley—and by default Starling—echoed Bazin’s argument from his 1946 essay “The Myth of Total Cinema”: that cinema was progressing towards becoming a “total” art that attempted to completely imitate reality. By taking pieces of cinema into the 21st century, contemporary artists remain unexpected heirs of that legacy.

This article is adapted from the Fall 2016 issue of Canadian Art.